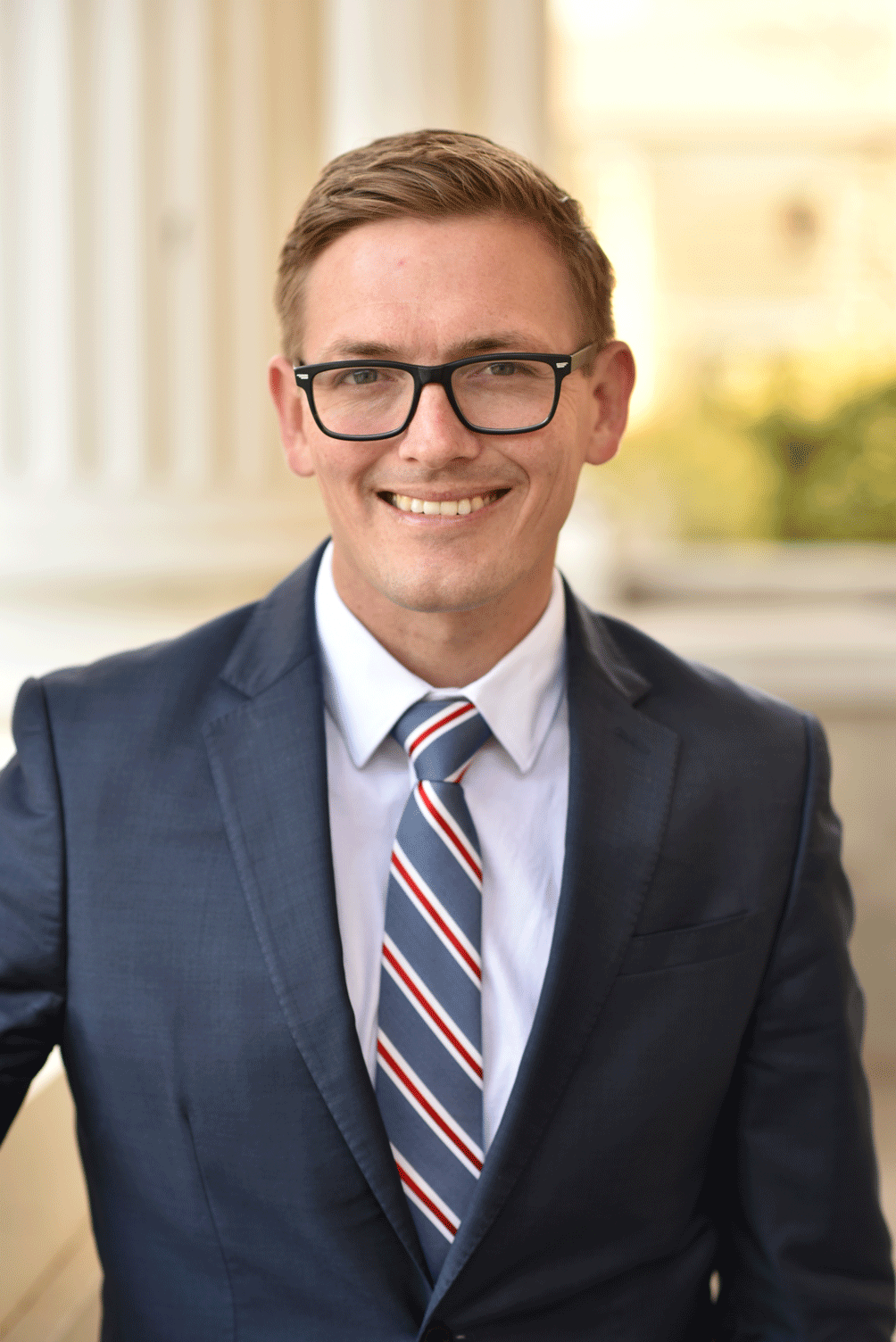 Dr. Trey Hill serves as Dean of the School of Arts, Sciences & Health, having previously served as the school’s assistant dean. Prior to joining OSUIT, Dr. Hill served as Associate Professor and Department Chair of the Department of Psychology at Fort Hays State University, where he taught research methods, statistics, and psychology courses to undergraduate and graduate students for seven years. Dr. Hill has also served as President of the Southwestern Psychological Association, and later the organization’s Chief Information Officer. 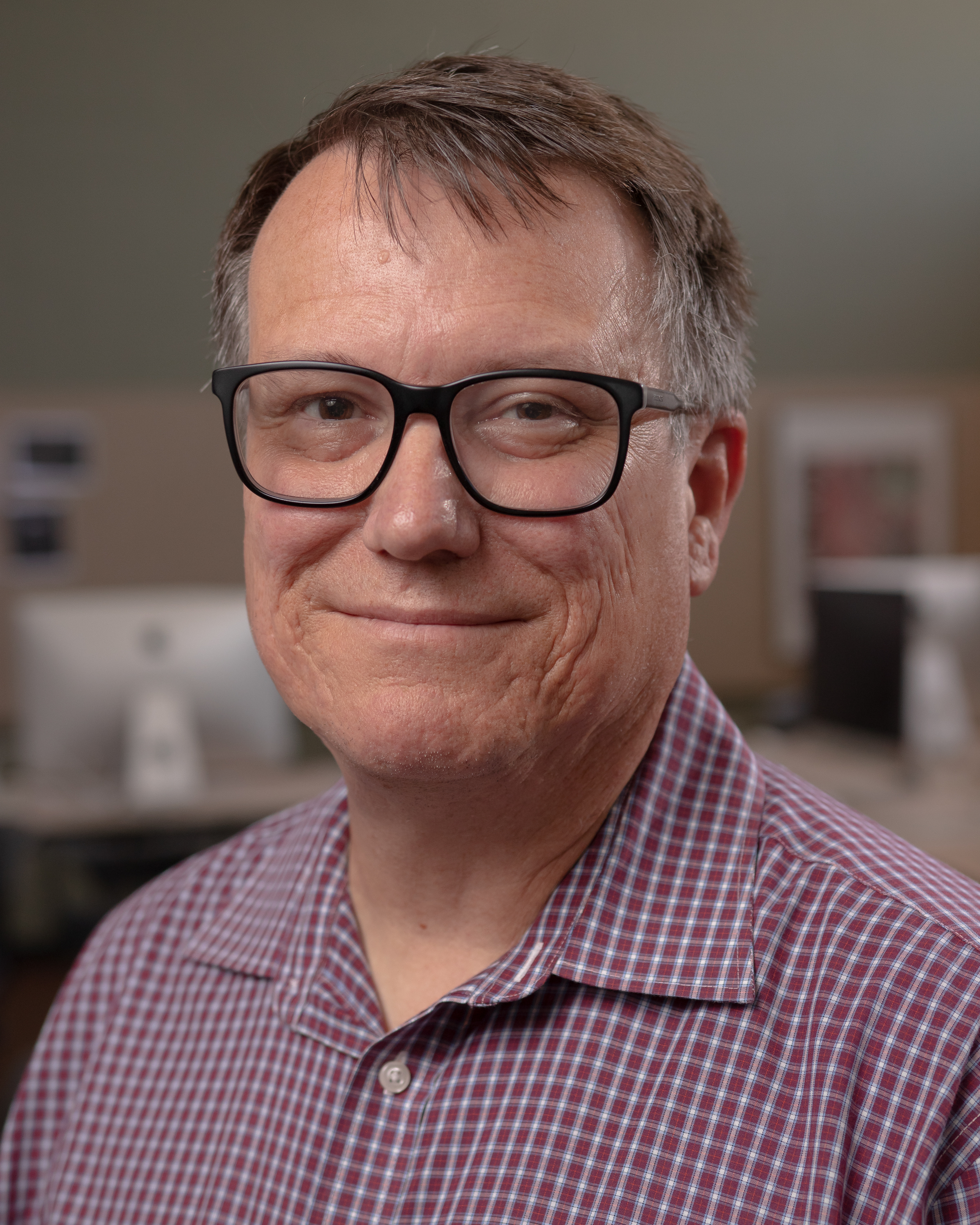 Before coming to OSUIT in 2019, Bradley served as the institutional director of Media Arts for The Art Institute’s College of Creative Art and Design. Bradley was also an academic director, program chair and full-time teacher at various times during his 16 years with the Art Institutes.

He has a B.A. in Art from Cal State Fullerton and an M.A. in Leadership from South University. He has worked at multimedia companies, that include Interplay, The Collective, and JVC, over the span of his professional career. Bradley also was the president of Cubicle Arts, a contracting company that provided digital and traditional art assets for multimedia companies.

Over the past 18 years, Bradley has focused on teaching others how to use 3D and digital art software in the classroom, through various publications and by developing online training series offered through TheGameInstitute.com, Lynda.com, and The Art Institutes Online. 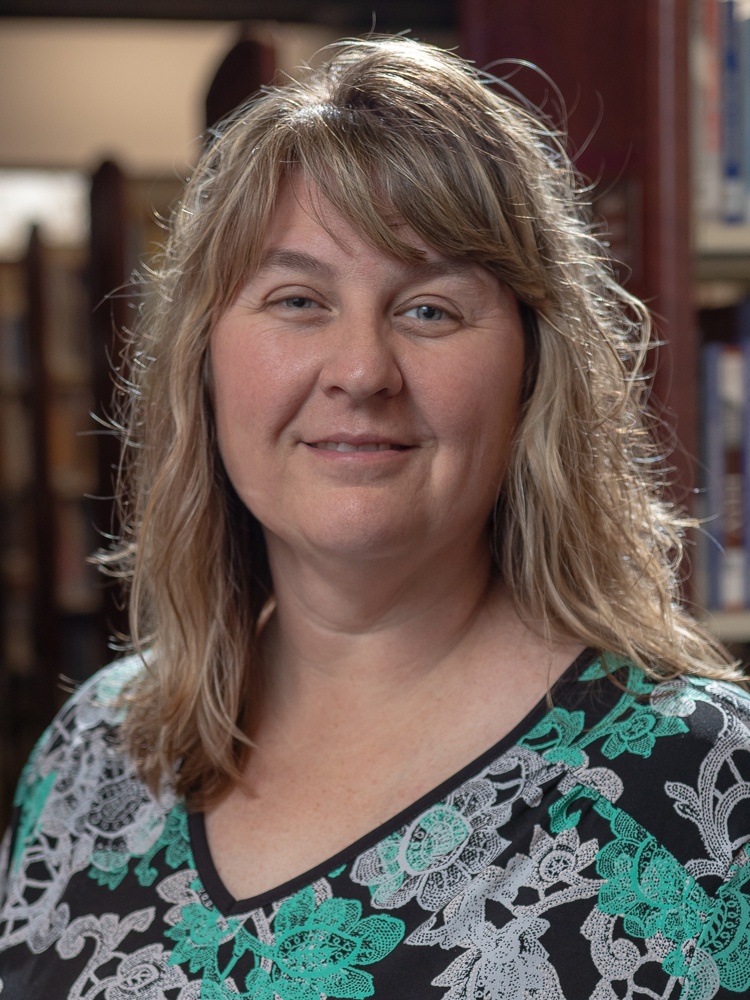 Jenny Duncan has been the library director at OSUIT since 2003. She has a Master of Library and Information Studies from the University of Oklahoma and a Master of Education in Library Media from East Central University.

She has played a significant role in transforming the OSUIT Library during her time, including renovating the main hallway and adding new flooring throughout. In addition to the renovation, Duncan also aided in adding two new study rooms, including the Mediascape Room with the help of a $30,000 grant.

Duncan also implemented the Tech To-Go Program which allows over 50 laptops and 30 hotspots, along with many other pieces of technology, including 3D Printers available for check out to students, faculty and staff.

She took initiative to ensure OSUIT was the first academic library in Oklahoma to procure the 3M RFID library security system in 2004 and has since procured new security gates. 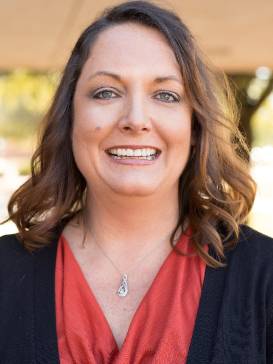 She serves as a Federal Compliance Peer Reviewer on the Higher Learning Commission; chair of the President’s Retention Task Force; and several other higher education committees.

Grammer has also worked as an instructor at Meridian Technology Center as well as a laboratory technician and laboratory manager at the Oklahoma Animal Disease Diagnostic Lab-OSU.

Grammer earned a master’s degree in Teaching, Learning and Leadership in 2011 and a bachelor’s degree in Zoology in 2000 from Oklahoma State University-Stillwater; and she earned a certificate of mastery in Prior Learning Assessment from the Council for Adult & Experiential Learning in Chicago in 2014. 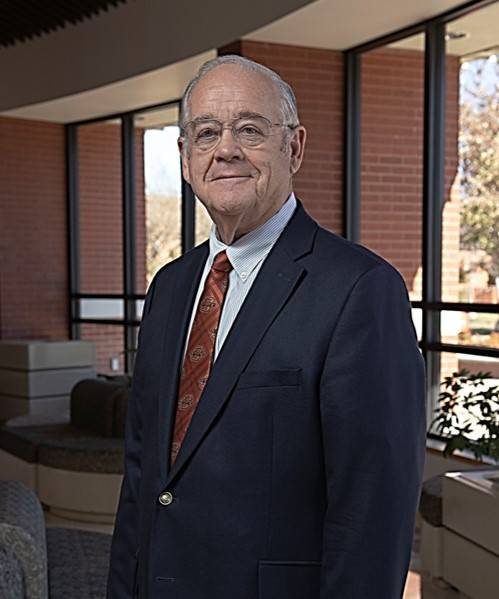 Associate Vice President, Workforce & Economic Development
918-293-5130
charles.harrison10@okstate.edu
Charles Harrison has been a Poke since the beginning, graduating from OSU with a Bachelor of Science in Electrical Engineering. He received his master's degree in Engineering Administration from Southern Methodist University in Dallas, Texas.

Harrison has 30 plus years of experience in industry. Before joining the OSUIT team, his appointments ranged from general manager to vice president of engineering with Rockwell International and Southern New England Telephone, to president and CEO of SpecTran Corporation.

Harrison first joined the OSUIT team in 2016 as the director of OSUIT's Pryor campus. In 2018, with the untimely passing of Dr. Sheryl Hale, he accepted the position of associate vice president in Workforce & Economic Development.

During this time, he has implemented the successful closure of the OSUIT Pryor campus with all 23 students who were enrolled, graduating. Since accepting the WFED role, he has successfully negotiated a host agreement with OSU to offer numbered OSHA courses, and, as a member of the academic council, has developed a business model to support the interdepartmental cohesiveness between Workforce & Economic Development and the 10 schools at OSUIT. 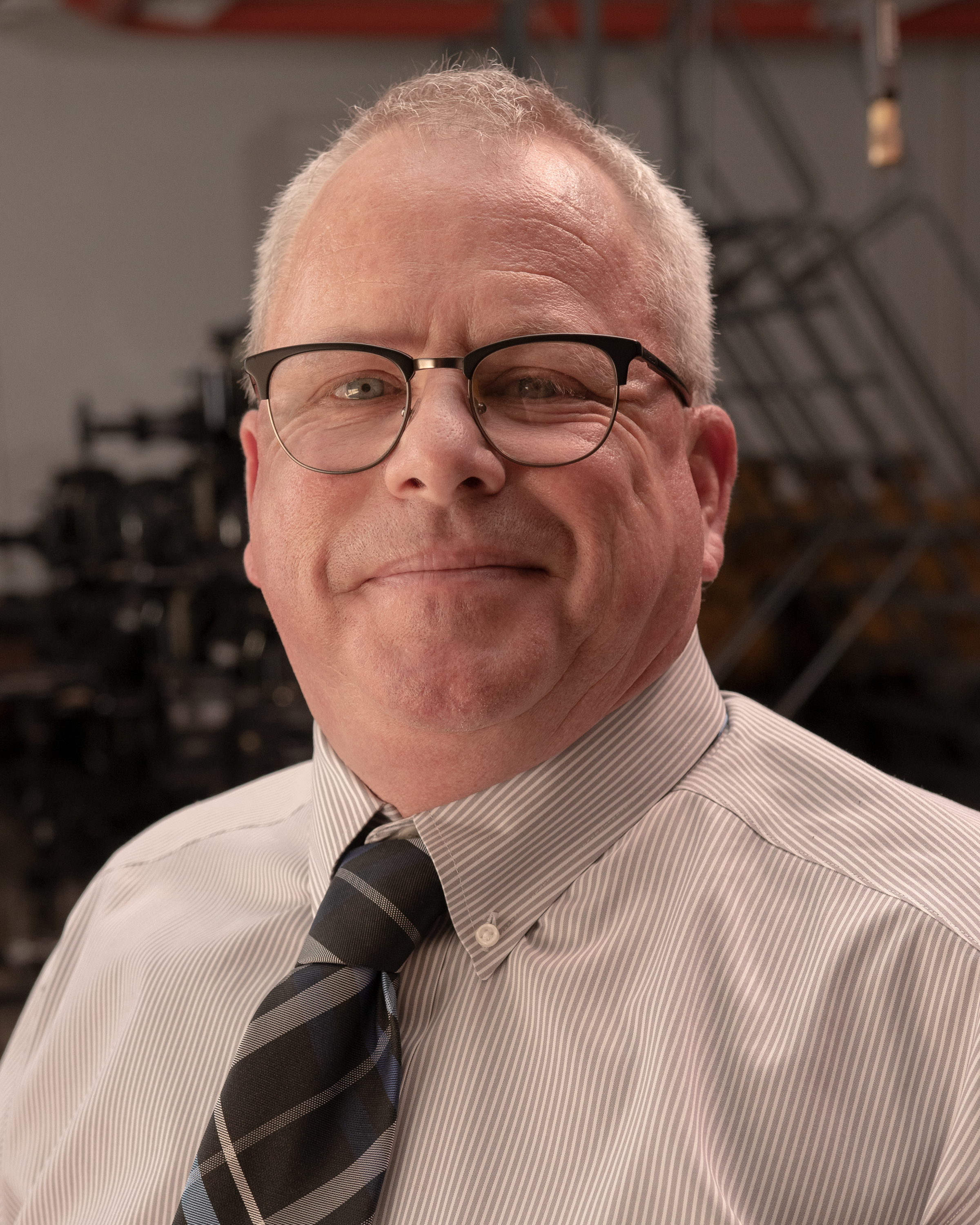 Terryl Lindsey serves as dean of the School of Transportation & Heavy Equipment at OSU Institute of Technology.

His educational credentials and industry-specific certifications include an Associate of Applied Science in Diesel & Heavy Equipment Technology from OSUIT in 1983, an Associate of Arts in General Studies from Connors State College in 2001, a Bachelor of Science in Technical and Industrial Education from Oklahoma State University in 2003, and a Master of Science in Teaching, Learning, and Leadership with emphasis on Administration & Curriculum Development from Oklahoma State University in 2005. He is also recognized with an Oklahoma Teaching Certification for Trade/Industrial Education, grades 6-12, a Technology Center Standard Administrator Credential and an Oklahoma Teaching Certification for Secondary Principal. 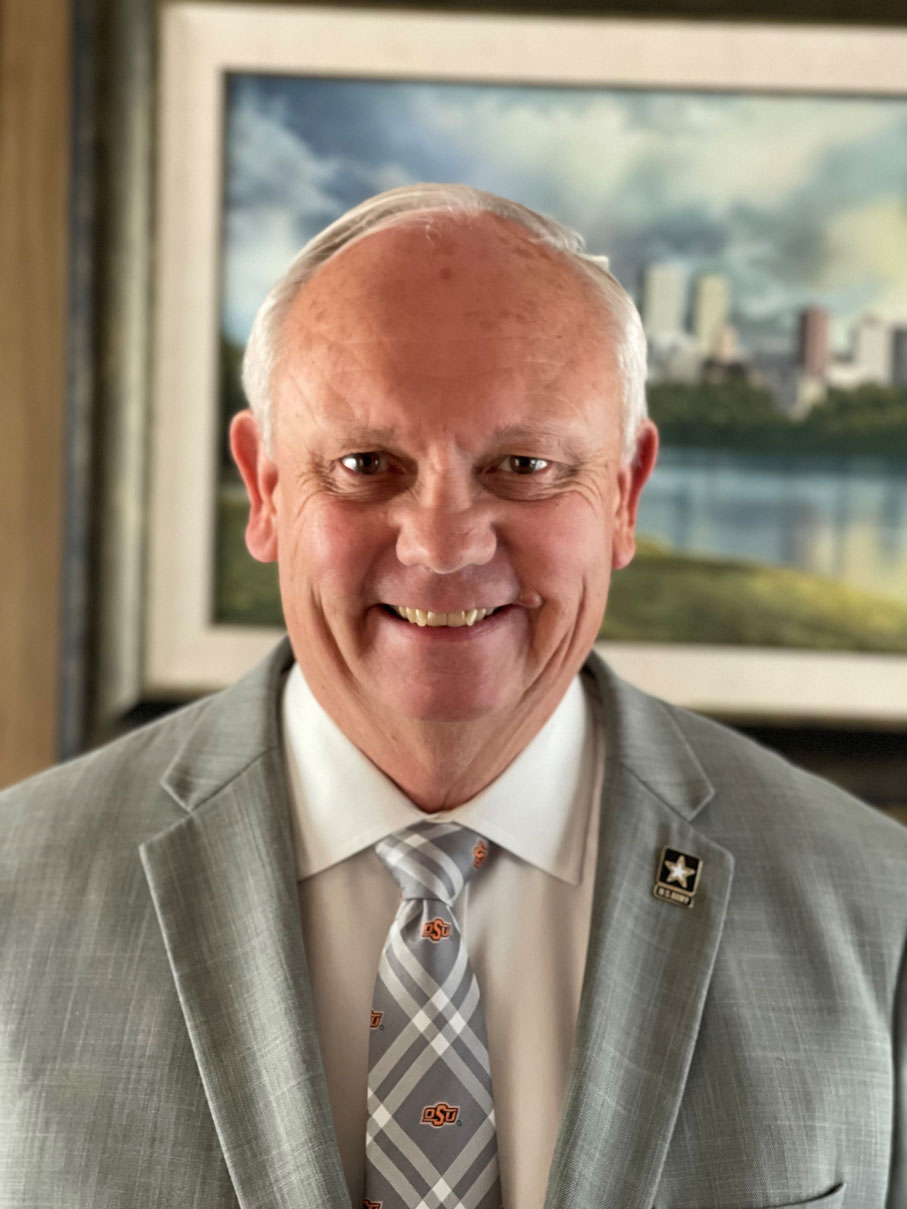 Bob Firth serves as Dean of the School of Engineering & Construction Technologies at OSU Institute of Technology. Prior to being appointed Dean, he served as a faculty member in the Pipeline Integrity program. Firth has also served as an instructor for the past twenty years.

Before coming to OSUIT, Firth a veteran of the energy industry started and sold several companies and was CEO of Atlas Pipeline a publicly traded company where he rang the opening bell at the New York Stock Exchange. Firth started his career as a maintenance person subsequently working his way through various jobs to the executive level.

Mr. Firth holds a Bachelor of Science and a Master of Arts degree in Business from Upper Iowa University. He also served as Chairman of the Board of Trustees. Firth has served on numerous industry boards and keynote speaker at energy conferences.