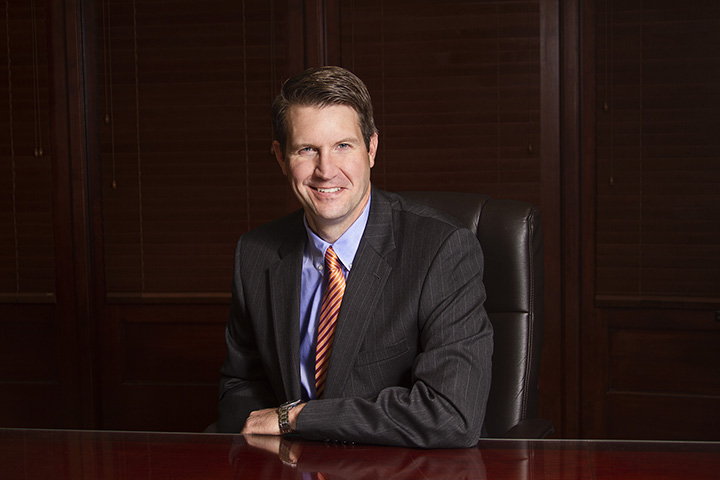 Awards aren’t just for the person being recognized, they’re also a recognition of others around that person, according to Dr. Scott Newman, vice president of academic affairs at OSU Institute of Technology.

Newman was recently named a winner of the McInnis/Ryan Award for Mid-Career Higher Education Leadership from the American Association of University Administrators.

“Honors are always nice. However, a common shortcoming of them is that they rarely recognize that good works are nearly always the result of many. That’s certainly been the case with respect to me throughout my career in higher education leadership,” Newman said.

The McInnis/Ryan award is given to mid-career professionals demonstrating high qualities of leadership.

“I hadn’t previously thought about being in the middle of my career,” Newman said. “It still feels like I’m just getting started.”

Some of the accomplishments listed on Newman’s nomination include working to generate millions in grant funding; directing efforts that led to OSUIT’s selection to receive the ABET President’s Award for Diversity; serving as a core faculty member for the American Council on Education’s department chair academy; leading the establishment of OSUIT’s School of Information Technologies; and the recent publication of a higher education leadership text.

“Dr. Newman has served OSUIT in a variety of administrative roles, each advancing the university as a whole to bigger and better things,” Path said. “Everything he does, he does to bring prestige and acclaim to this institution. Everything he says, he says to bring attention and awareness to OSUIT’s extraordinary mission.”

Newman’s desire is for awards like this to bring attention to the many outstanding things going on at the university.

“My hope is that it advances people’s understanding of just how exceptional OSUIT is, as well as the significant impact the institution has on our state and the region,” he said.