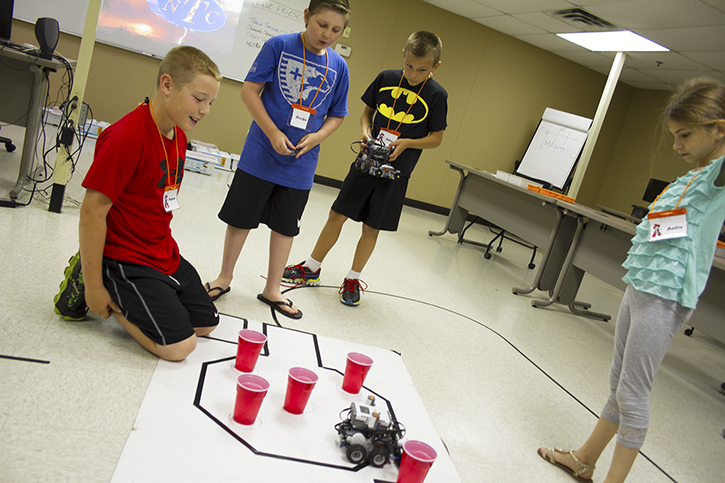 PRYOR-- Who knew LEGOs could be the cause of such great triumph as well as great frustration?

The two-man Ninja10 team felt sweet, sweet victory when their robot was the first to push all five cups out of an octagon made from black tape on the floor. Fists shot up into the air and an exuberant “yes” said in unison was heard throughout the room.

Just moments later the Gamers team held their breath as their robot pushed four cups out of the octagon before coming to stop just shy of completing the challenge.

After dropping their heads in their hands, the two returned to their table to once again tweak the program their robot was running on in hopes of finding a way to get that last cup out of bounds. 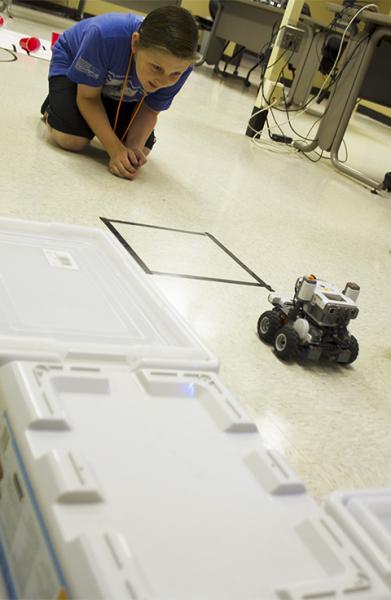 “It was kind of easy, but hard at the same time,” said 10-year-old Breckin Bailey, of the Ninja10 team who was the first to complete the cup challenge. “You feel very frustrated at first, but when you go back and fix things then you feel great.”

It was a scene played out again and again during the 13th annual LEGO Robotics Camp held July 7 through 9 at OSU Institute of Technology's Advanced Training Center at MidAmerica Industrial Park in Pryor.

This year's three-day camp had 11 students ages 9 to 11 work in teams to construct a motorized robot from LEGOs, complete with light, sound, touch and ultrasonic sensors, and then program that robot to complete a series of tasks and challenges.

Wade Friesen, an instructor at Northeast Technology Center in Kansas, Okla., said he has been leading the LEGO Robotics Camp for several years and said the camp involves critical thinking, problem solving and teamwork.

“They’re looking at different ways to solve this problem,” Friesen said, whether it’s programming the robots to follow a specific track, to push items out of a box or make its way out of a maze.

“I think it’s still a whole lot of play to them. They don’t see all the ways they’re integrating math and engineering,” he said.

Gracie Vivion, 9, said she learned about the LEGO Robotics Camp through her neighbor, who works at OSUIT-MAIP. 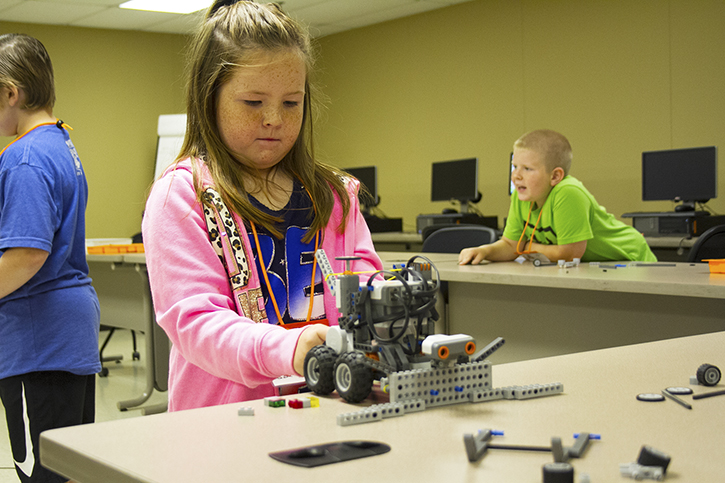 “It’s been hard, but fun. It was more fun than I expected,” said Gracie, who admitted that she’s not really into LEGOs that much, but she does like computer games. “I did most of the programming and the other two people in my team did the building.”

Whether they liked building, programming or just competing with each other, Friesen said he hopes camps like one at OSUIT-MAIP might influence kids to consider careers in science, engineering, math and technology in the future.

“It’s about keeping minds active doing that critical thinking and hands-on problem solving,” he said. “We do so much digitally, to blend online with hands-on is a good thing at any age.”