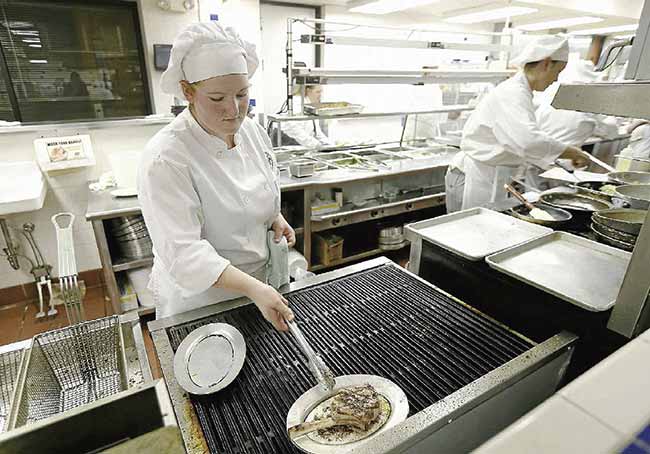 Originally published in Tulsa World’s Opinion section | It’s not Okmulgee Tech, that little school just south of here that teaches auto mechanics, any longer. It hasn’t been for some time.

It’s Oklahoma State University Institute of Technology, and it’s one of the best opportunities for young people to obtain skills in an impressive variety of fields.

It offers degrees from the most intricate of watchmaking — yes, its watchmaking graduates are some of the most sought-after in the world — to keeping some machines as big as your house in working order.

And here’s a few more facts that you likely didn’t know about OSUIT:

Those jobs are good jobs. Many are in fields important to Oklahoma, such as the energy industry. OSUIT has the only two-year program in the country that teaches both corrosion control and pipeline integrity management.

There’s simply too much there to describe in one column and too much to see in one day, as I found out recently during a mini-tour. 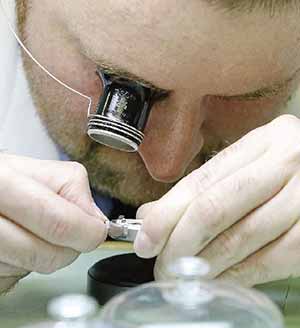 One of the first stops was at the watchmaking laboratory and classroom. If you thought watch-making was a lost art, you were wrong.

It’s a small class, and for good reason. The intricacy of this skill requires close contact between students and instructors.

The laboratory, behind thick glass and occupied by people in white coats, looks like a medical facility.

OSUIT’s watchmaking school is backed by Rolex and is one of only three luxury watchmaking degree programs in the world. Students often find work waiting for them from New York City to Europe.

The school’s culinary arts program has one of the best reputations in the nation for turning out fine chefs.

And that reputation is maintained in every degree program the school has to offer. That’s why most every program there has a waiting list for students.

But here is, I think, the secret or key to OSUIT: It’s successful because it keeps its classes, if not small, reasonable in size.

Every student gets one-on-one instruction. Each student is given the opportunity to not simply learn a job, but to have hands-on experience in the field they have chosen.

I’m a big fan of higher education. The statistics say that college degrees are important for future success. I believe that. But, I also know this: Some young people are not cut out for university life. Many go, and find themselves lost with no idea of what they want to do with their lives.

That makes them good students. That makes teaching them a lot easier. Talk to the students and the instructors and there is an enthusiasm about OSUIT.

At OSUIT, they say they favor “labs over lectures,” and they back that up.

Frankly, there once was, and might still be, somewhat of a stigma about forgoing enrolling in a university and going to a “trade school.”

OSUIT breaks that stigma. It’s a college of computers, labs, three-D printers, machines so precise it takes an expert to even turn them on and instructors so involved students can’t fail.

It’s a college where smart students pursue their dreams and see them realized.

OSUIT is a success that every Oklahoman ought to know about. It’s an option that every young person ought to consider.

It’s turning out qualified workers for exciting, well-paying jobs in many fields.

It’s not your father’s trade school. It’s the Oklahoma State University Institute of Technology. And it’s one of Oklahoma’s roaring success stories.