Pokémon GO Inspires OSUIT Students To Get Moving, Get Creative

Pokémon GO Inspires OSUIT Students To Get Moving, Get Creative 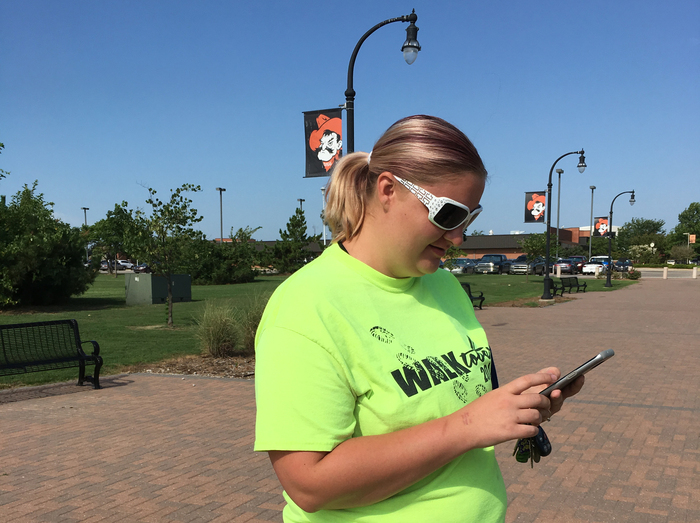 Okmulgee - If you thought people walked around distracted by their phones before, just you wait. Pokémon GO, the newest game craze made for mobile devices, launched just a week ago July 7, and it’s already become a cultural touchstone for those living and loving the digital age.

In its first week, Pokémon GO was downloaded 7.5 million times, and users are spending more time on the game (an average of 43 minutes) than on social media sites like Facebook, Instagram, WhatsApp and Snapchat.

And OSU Institute of Technology students, as well as some faculty and staff, are getting in on the action on campus, where there are a number of Poké Stops, Gyms and a variety of Pokémon to catch.

How does the game work?

Players download the Pokémon GO app and then by walking around find Pokémon to catch, load up on supplies at Poké Stops and eventually battle other Pokémon at gyms.

Pokémon are special creatures that players can catch and train with the iconic red, white and black Pokémon ball. The game utilizes augmented reality where, through the smartphone’s camera, the animated Pokémon appear in the real world. And they are everywhere— your home, office, store parking lot, even bathrooms.

What is a Poké Stop?

Poké Stops can be landmarks, businesses, or signs where players can visit and virtually load up on supplies. These can be visited repeatedly after about a five-minute wait.

What is a Pokémon gym?

Once a player, or Pokémon trainer, reaches a certain level, they can join a team with other trainers and go to a location designated as a gym (these can also be buildings or landmarks) and battle other teams with their captured Pokémon. If one team controls the location, other teams can battle to take control of that gym.

“I downloaded it the day it came out. It’s more engaging than other mobile games I’ve played,” said Chris Hamlin, a 3D Art and Animation student in the School of Visual Communications.

In the game, players literally walk around catching virtual Pokémon that pop up on the user’s phone camera via augmented reality.

Vincent Chung is an instructor in the 3D Art and Animation program and worked as a video game developer for more than four years before coming to teach at OSUIT.

“It definitely adds a layer of interactivity and augmented reality to mobile games that we haven’t seen before,” said Chung. “We’ve seen a growth of mobile games. It’s so accessible. It’s right in your hand.”

And while video games on the go aren’t new— the first Nintendo Game Boy was launched in 1989— the level of interactivity and real-world engagement that Pokémon GO creates is next level mobile gaming.

“It’s crazy how technology moves so fast,” Chung said. “Augmented reality really is cutting edge. With Pokémon GO, you’re looking at something real through the phone’s camera, but there’s something animated there.”

Studying 3D animation, the game has even more meaning for Hamlin.

“I’m very intrigued by the 3D models they are using. They’re using characters from the original show and games but subtly making them more realistic with their fur and things like that,” he said. “I’ve always been interested in character creators in video games. I would spend hours at a time creating my characters.”

Video games are interactive by nature, Chung said, but up until recently, video games were predominantly relegated indoors on consoles in homes and arcades.

“We’ve been stuck thinking the console is the game. This time you get to move around in actual space,” he said. “It’s just another way to experience something.”

Hamlin said he’s played Pokémon GO primarily on campus, and it’s gotten him walking around to areas and places on campus he’s never been or never paid attention to before. 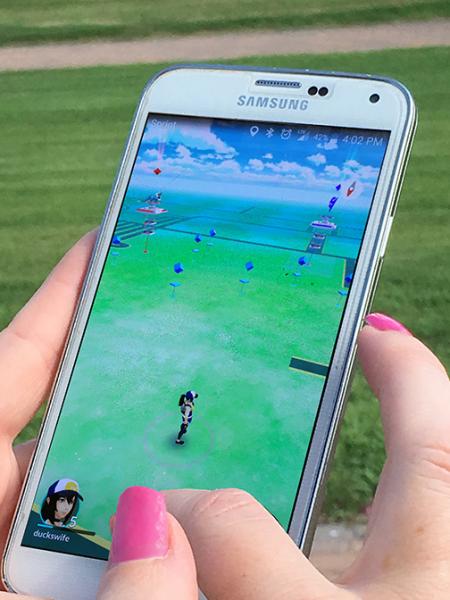 “There’s a path I take every day to class, and there’s a plaque there that I never noticed before until I started playing,” he said. “Pokémon GO is a lot different from any other mobile game I’ve ever played. Most games don’t have you interacting with your environment that much.”

Chung said many of his students enrolled in the 3D Art and Animation program specifically because of their love of video games, so these new avenues for their artwork are just another avenue they could pursue after graduation.

“I try to prepare my students for what’s out there,” he said. “Skills-wise, mobile apps and games still need to be small so it fits into a phone, whereas console games go all-out. Console games are becoming more like movies in size and scope, so maybe mobile games will soon become more like console games.”