Pro-Tech Student to Graduate as a Master Certified Technician

Pro-Tech Student to Graduate as a Master Certified Technician 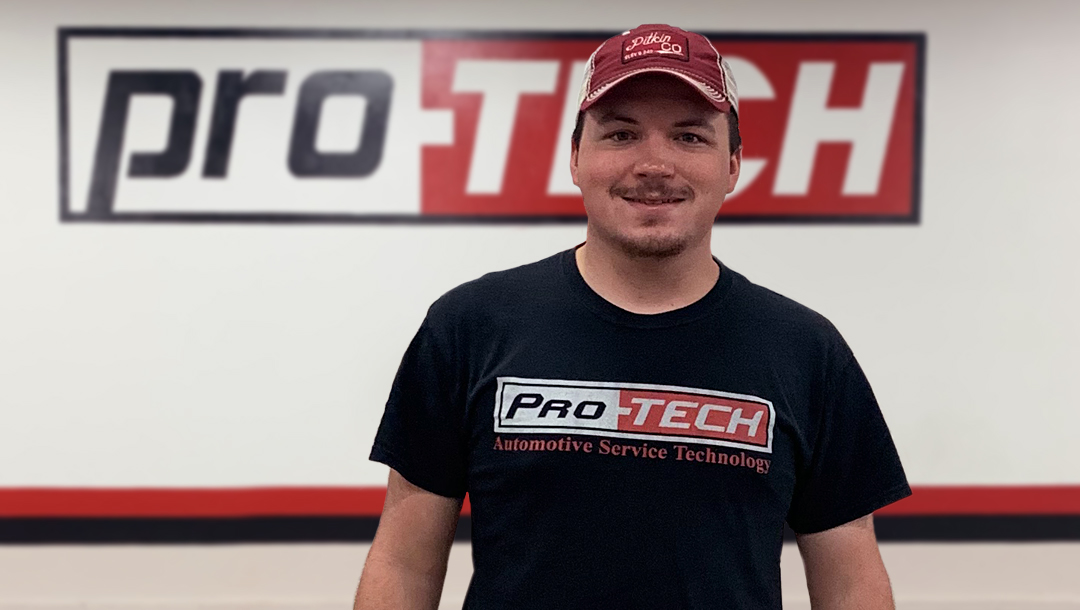 OSU Institute of Technology student Joshua Smith passed all eight Automotive Service Excellence (ASE) tests to become a Master Certified Technician, the fourth student in the Pro-Tech program to have completed this level of certification while enrolled in the program.

“He maintained a 4.0 GPA and is the first Pro-Tech student that I’m aware of to accomplish this,” said Ryan Lasarsky, Pro-Tech instructor.

All of that hard work paid off. Originally from Broken Bow, Smith will return to work full time at Eskew’s Garage upon graduation.

Lasarsky said that he thinks the content, the style in which it was taught and the assistance from the instructors is what helped Smith achieve this accomplishment.

“This is only the third year we have required students to take an ASE test for the Advanced Diagnostics class,” said Lasarsky. “Most students haven’t taken the challenge of passing all eight seriously. Members of last year’s graduating class made it their goal to be the first to graduate with a Master Certified Technician, and 3 were able to achieve this.”

Where most students typically wait until their sixth semester to take the tests, Smith began taking his during the fifth semester. He said he was surprised to find out that so few had accomplished this goal in the past.

“Honestly, I didn't realize so little people have done it,” said Smith. “Knowing that now means quite a lot to me. I've achieved something that very few others have within my program, which is something I'm really proud of.”

Smith said that his education at OSUIT greatly contributed to passing all of his certification tests.

“My instructors taught my classes well. I picked up a lot of information as well as study advice and techniques from them,” he said. “I was also encouraged by my instructors and my classmates to pursue this goal.”

Smith has a lot of time invested in this accomplishment. In addition to the two-years for his degree, he spent hours completing practice tests and restudying material that was already covered in class. Once it got time to test, each test has a time limit of an hour and half to complete.

Smith has had a lot of support during his time at OSUIT and says that he will miss his classmates and instructors the most once he graduates.

“We're like a family. We all know each other, and we always have one another’s back when someone needs some help,” said Smith. “They helped me out a lot during my two years here.”

“He just the kind of student you like to have,” said Lasarsky. “He shows up early and ready to work every day. He asks intelligent questions that show he has obviously prepared.”

Smith said his time at OSUIT was a good experience and he wouldn’t have it any other way.

“I am sure that I will never forget the people I’ve met at OSUIT,” said Smith.

Tags
Graduation - Pro-Tech
Back to Top
©