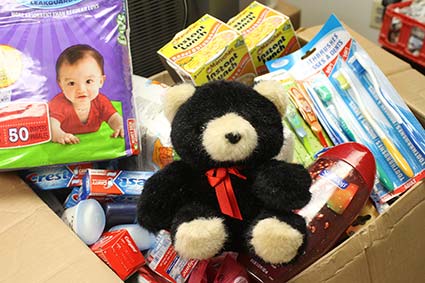 Service to others is one of the hallmarks of our nation’s military, so it isn’t surprising that OSU Institute of Technology’s Student Veteran Association (SVA) rallied to support one of the many families affected by the May tornadoes that devastated several communities in Oklahoma.

What is surprising, however, is the unexpected assistance for the SVA’s tornado relief collection drive that came from a special ten year-old girl and fellow students of the State Street Elementary School in Westerly, Rhode Island.

Abbiee Pierce, a fourth grader at the school, and her family decided they had to do something to help after seeing news reports of the extreme tornado damage in the area.

Amanda Pierce, Abbiee’s mother, suggested they conduct their own community collection and recruit others who might be willing to help with donations. After their conversation, she said her daughter sat right down and started making a list of things they could collect. The next day, Abbiee approached one of her favorite teachers at school who suggested they solicit support from the Feinstein Foundation, a Rhode Island group that encourages children of all ages to participate in community service projects.

Within a few days, the school’s “Abbiee Project” was born with foundation assistance and community involvement. 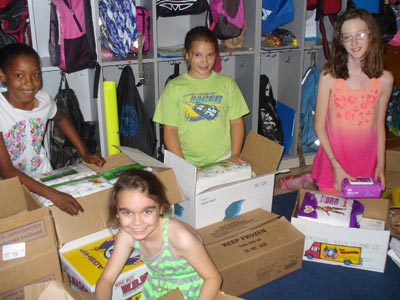 Soon the industrious ten year-old began giving up her recesses to make flyers promoting the drive. After the donation deadline, Abbiee and three of her friends got together to pack 16 boxes of household items the drive collected, happy with the knowledge they had done a good deed.

“I’ve always been encouraged to help other people, it’s just a part of my life,” explained Abbiee. “I can image someone opening a box and pulling something out we sent them and feeling overjoyed. It feels really great to help!”

Mrs. Pierce was overjoyed with her daughter’s initiative and the results produced by their local relief drive.

“I don’t think there are any words to describe how proud we are of Abbiee,” beamed Pierce. “She’s amazing, our true little angel with a heart of pure gold towards others. We are so blessed to have her in our lives.”

OSUIT’s veterans group was very grateful for the unexpected help from Abbiee’s friends and for the opportunity to reach out a hand of assistance to fellow Oklahoman’s in need. 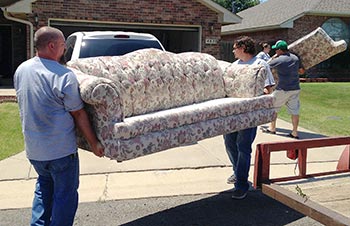 “My house burned down three years ago so I know how it is to only have the clothes on your back,” explained Mariah Million, SVA club officer. “In a way I can relate to what the tornado victims were going through and it meant a lot to me to help them out.”

Million and three other club officers traveled to the rental home of the club’s sponsored family to personally deliver boxes of household goods, appliances, toys, books and furniture to help them begin their life again. The Wilsons barely escaped with their lives when their home in Moore was completely destroyed during the storms. The household donations were desperately needed and greatly appreciated.

Worthington was very satisfied with the efforts of the veterans’ club and the assistance they were able to provide. 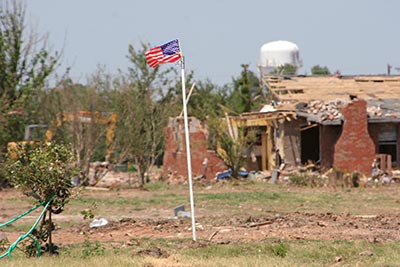 “The drive ended up being very successful as we raised a total of about $2,000 in donated items including cash and gift cards,” she explained. “I’m really proud of our campus and especially the SVA and Phi Beta Kappa clubs for coming together to help out our sponsored military family in their time of need.”

OSUIT’s Student Veterans Association at was formed in 2012 with a commitment to provide former and present service members the fellowship, resources, support, and advocacy needed to succeed in higher education and beyond. The club participates in several service projects throughout the year to give back to the local community and beyond.