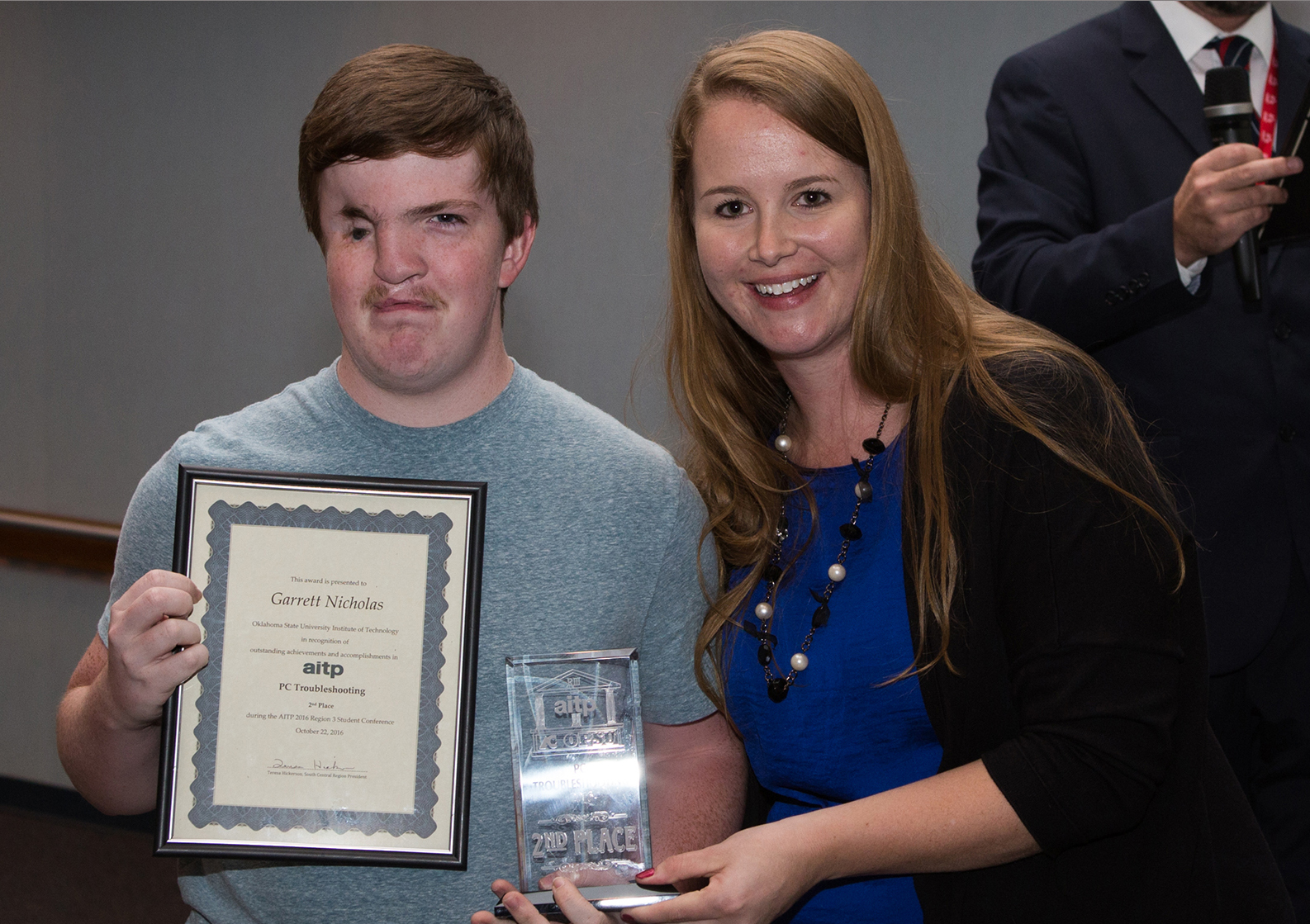 Nicholas, who will graduate from OSU Institute of Technology in April with an Associate in Applied Science in Information Technologies, took second place in the PC Troubleshooting contest at the regional competition.

“I’ve always been into computers. It’s my passion,” said Nicholas. “I love learning new things. I feel like the IT field is always changing; there’s always something new to learn.”

Nicholas said there are a number of contests held at the conference— everything from troubleshooting to software and security.

“PC troubleshooting is the most popular competition in the South Central region. I think there were between 100 and 200 students competing,” he said.

So many people compete in that category, in fact, that the contest is divided into two rounds. The first is a 100-question test that takes about an hour to complete. Those who qualify to the second round complete a 10-question interactive test.

“It’s meant to test your skills,” and it’s a timed event, said Nicholas, who was named to the top 10 finalists.

“When you get to the top 10, that’s when you get nervous. You know you did pretty well, but you don’t where you placed,” he said.

Only the top four participants are announced at the awards ceremony, the first, second, third places and an honorable mention award.

“When they announced honorable mention, I started to get tense because you don’t know if your name will even be called,” Nicholas said. “I got pretty excited when they called my name.”

The next step is competing in the AITP National Collegiate Conference and Career Fair in February in St. Louis, Missouri.

“I do need to do some practicing. Things are always changing; you really have to keep on top of things,” he said. “I’m looking forward to it, but I’m also nervous.”

He won’t be alone. Two of his fellow AITP members will also be joining him at the national conference.

Nicholas hopes more people get involved with OSUIT’s AITP chapter, and the organizations next meetings are Friday, Nov. 18, and Friday, Dec. 2. Those who would like more information can contact AITP sponsor Karla LaMunyon at karla.lamunyon@okstate.edu or by calling 918-293-5244.