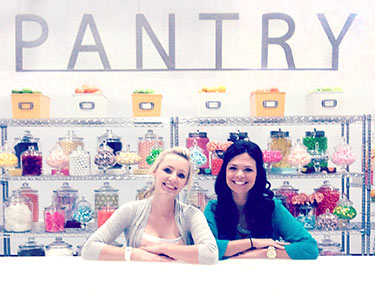 With nerves of steel, the Green Goodies team of owner Tiffany Magness and OSU Institute of Technology alum Kerstin Bellah crafted delectable cupcakes against the clock and stiff competition to win Cupcake Wars. Even unusual required ingredients like kale, arugula, coconut chocolate, beets and tofu couldn’t deter these ladies from reaching their goal and a $10,000 prize on the episode that first aired Sunday, June 9.

To win over the judges and fend off the other talented contestants, the Green Goodies team focused throughout the three-round competition on visually depicting the spirit of the sponsored organization and producing delicious gluten-free and vegan treats, the shop’s specialty.

Their first creation was one of their signature cupcakes, the Samoa, a dark chocolate cake filled with coconut-caramel and topped with caramel frosting, toasted coconut and a chocolate drizzle. The other three cupcakes they produced during the show included a lemon cake with pomegranate filling, lemon icing and a graphic lemon garnish, a vanilla bean cake with a hazelnut chocolate filling, topped with a marble of vanilla bean and hazelnut buttercream icing and candied hazelnuts; and finally a dark chocolate, chipotle cinnamon cake filled with a red chili dark chocolate ganache topped with chocolate buttercream icing and a sugared glass garnish.

“Throughout each of the rounds every team received both good and not-so-good reviews so the winner could have really been anybody,” said Bellah. “But we were so happy all the stress and anticipation that came along with our 14 hour-day of hard work had paid off!” 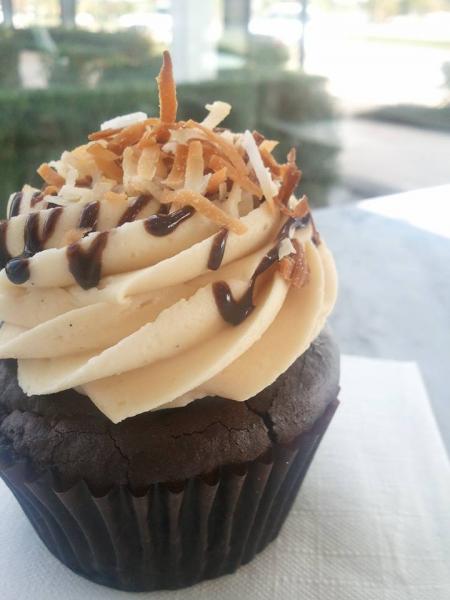 The party was on the production set for Drescher’s current show Happily Divorced. Attendees included the cast of the show, Drescher’s parents, producer and actor Peter Marc Jacobson and the organization’s staff and supporters. Bellah said that the event far exceeded their expectations as celebrity guests showered them with compliments on their cupcakes as well as congratulations on their win.

At one point during the show, Drescher gave the Green Goodies team particular kudos stating, “It’s not easy to make gluten-free cake that has such a nice lightness to it.”

“We were really gratified everyone loved the cupcakes,” explained Bellah. “Even being gluten-free and vegan, people at the party kept coming back for seconds and thirds!”

Founded by actress and uterine cancer survivor, Fran Drescher, Cancer Schmancer is dedicated to saving lives through prevention and early detection of cancer. The organization also partners with other groups in California and New York City to provide women who have limited access and resources, with life-saving cancer screening tests.