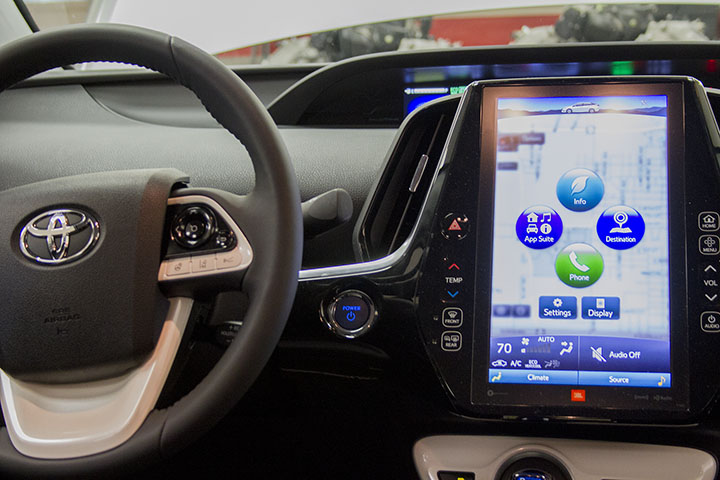 For many people, driverless cars have been seen as something found in science fiction movies— like jetpacks and hover boards. But in reality, that far-off future is now just around the corner.

And while hybrid and alternative fuel vehicles aren’t new, their demand and popularity will only continue to grow.

Brad McClure is an instructor in OSU Institute of Technology’s Ford ASSET program and said self-driving cars are closer than people think.

“Self-parking, crash avoidance, lane alerts, adaptive cruise control— all that tech they’ve been putting in place and all these systems they’ve been perfecting for years are what is going into autonomous self-driving cars. We already have that technology out there,” McClure said.

In fact, the agriculture industry has been using driverless equipment for years in order to be more productive and produce less waste, he said.

“That’s where the industry is going. By 2020 or 2021, Ford is going to start producing self-driving cars,” McClure said, and some fully autonomous cars are already being used in a few European countries.

And as for safety, McClure said he would have no problem with a car driving him around.

“The autonomous vehicles have computer chips that do three trillion calculations per second,” he said, and using sensors it can “see” objects much farther from the road humans can. “It’s going to be able to do those calculations faster than we can. It’s stopping the car before the driver even thinks about it.”

Another way the automotive industry is looking toward the future is with hybrid and alternative fuel vehicles.

Toyota introduced the first Prius, a hybrid car that’s fueled by electricity and gasoline, to the U.S. market more than a decade and a half ago.

“Toyota was the pioneer in hybrids,” said Shawn Replogle, an instructor in the Toyota T-TEN program. “They invested so much into that first generation of Prius; if it hadn’t worked, Toyota may have gone under.”

The investment paid off, and Toyota has been the leader in hybrid technology ever since.

“The Prius has done more for Toyota in it being a green and environmentally conscious company than anything else,” said Tom Laster, a Toyota T-TEN instructor. “The systems they put in the Prius— the steering, the brakes— are now standard in Toyota vehicles.”

And whether it’s autonomous driving vehicles or hybrid cars, these technologies will likely become the standard sooner than later, which means OSUIT students in the School of Automotive Technologies will need to become familiar with them in order to succeed in the future.

“Right now, students need to be mechanical; they have to be as smart as an engineer and as tech-savvy as an IT specialist,” McClure said. “It’s going to get more technical and more challenging for our students to work on these cars.”

The Ford ASSET program has spent about $20,000 on new equipment in recent years in order for students learn on some of the most advanced equipment available.

“That’s a significant investment in these new technologies. Even the diagnostic scanners are advancing,” he said. “It’s daunting, even to us who teach it.”

For the hybrid vehicles, the training is a little more in-depth than what can be covered during the two-year automotive programs at OSUIT.

“We teach the safety basics of hybrids. The batteries have six times more voltage than the outlets in your home, so technicians need advanced training to work on hybrids,” Replogle said. “As hybrids become a larger percentage of our cars, it will have to become part of the curriculum.”