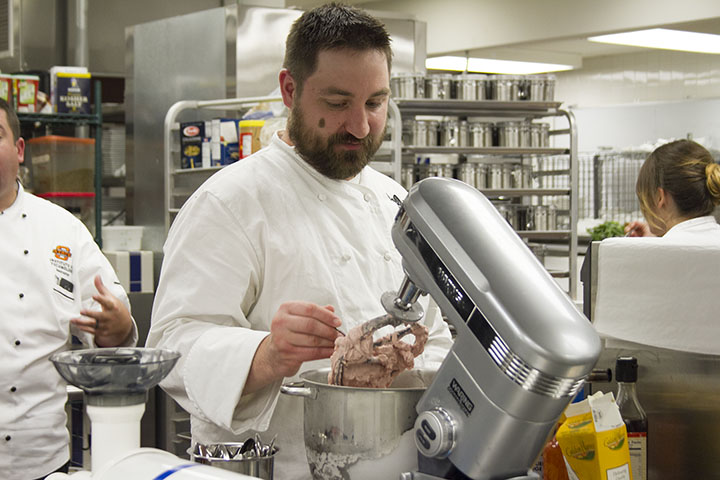 Learning sous vide techniques, cooking with hydrocolloids and the finding out all the different uses for liquid nitrogen in the kitchen were just a few of the topics covered during a recent Modern Cuisine workshop.

The School of Culinary Arts at OSU Institute of Technology offered two workshops this summer to chefs and professional cooks in the region.

This is the second year Chef Bill Leib, a Culinary instructor at OSUIT, has offered the two-day summer courses that covered topics including in-depth sous vide cooking techniques, chamber vacuum techniques and other modern cooking methods like foams, infusions, nitrogen and carbonation.

Trey Wilson is chef de cuisine at OSU Stillwater’s School of Hotel and Restaurant Administration and attended the second workshop held on Aug 1 and 2.

“I was interested in the more modern techniques. I’ve seen them over the years but never had the chance to learn them,” Wilson said.

Riley Sheehan, banquet chef at Southern Hills Country Club, said he learned about the workshop from a friend who attended one last summer.

“He had good things to say about it,” Sheehan said. “I’m a little familiar with some of the techniques like sous vide, but there were also things I just didn’t know about. Definitely learned a few tricks and techniques.”

Sous vide is a method of cooking where food is sealed in airtight plastic bags and then put in temperature controlled water or steam for long periods of time, typically from one to six hours. Cooking temperatures are kept constant but are lower than normal. This ensures even and proper cooking throughout without the food losing moisture.

“I plan to run a banquet. It would be nice to cook everything in bulk like that, make sure my food is consistent and cooked properly,” said Amy Smith, a culinary student at OSUIT. “It seems hard, but it’s simple. You just take it to a new level.” 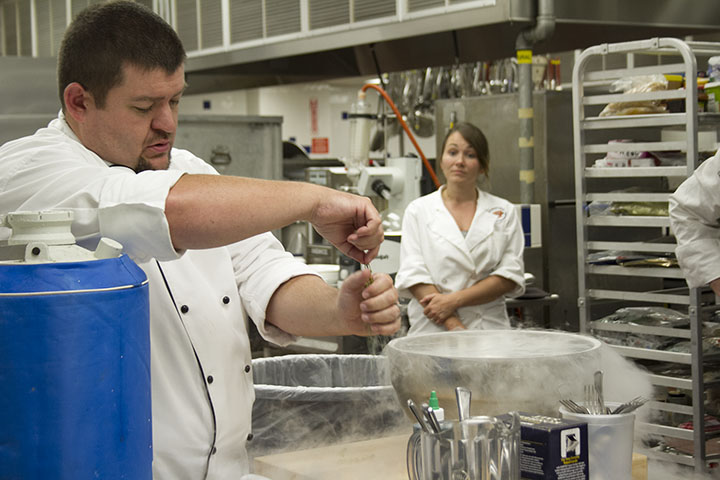 Those attending the workshops also had the opportunity to use more modern pieces of equipment, some of which has long been used in science labs but is now being utilized in kitchens. They include immersion circulators, anti-griddles, centrifuges, rotary evaporators, and whipping siphons.

“It definitely make things easier in certain instances,” Wilson said of some of the techniques he learned. “I run a kitchen where students are coming through. It’s a way I can go back and show them new cooking styles.”

Sheehan said it’s important for chefs to keep up with the times.

“Things are constantly evolving. The way people eat has evolved,” he said, especially in this age of television channels and websites devoted to cooking. “It’s made people more aware of it.”