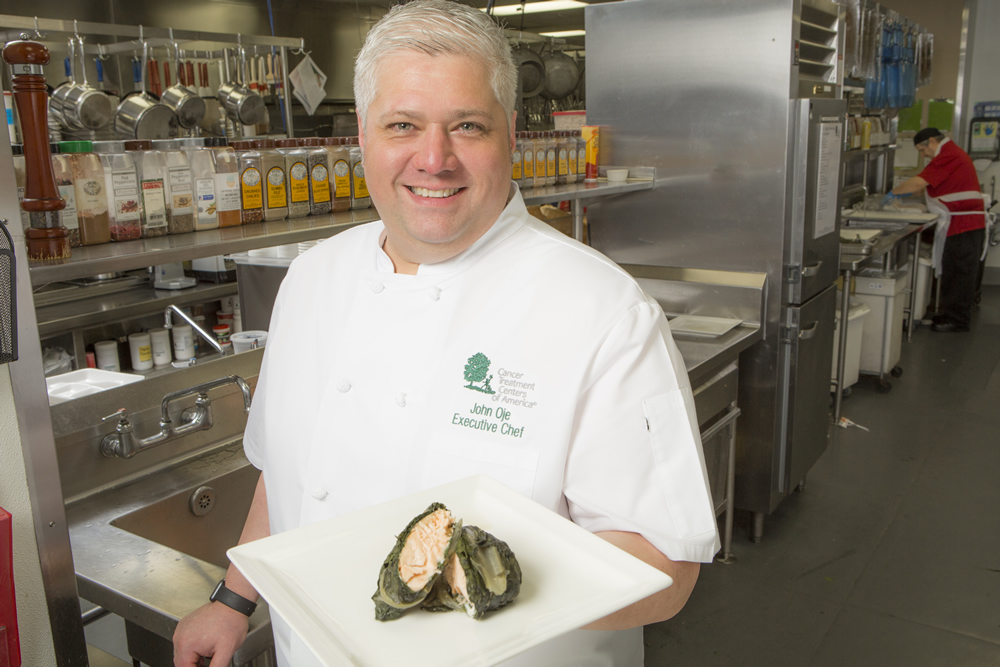 For Chef John Oje, growing up in Hawaii meant food was so much more than just something you ate when you were hungry.

“Food is part of ohana, food is part of life and family,” said Oje, who grew up on Oahu and Kauai and learned about Hawaiian and Asian cooking from his Hawaiian-Chinese mother and grandmother.

But the abundance of culinary riches didn’t end there. In addition to his home education from his mother’s side of the family, his Irish-German father was a baker and pastry chef.

His family moved to Oklahoma in 1992, and he followed three years later and began looking to take the next step in his edible education and found OSU Institute of Technology’s School of Culinary Arts.

“I wanted to cook food. My dad could make beautiful desserts; it’s like he could just make bread appear, but cooking is what I was drawn to,” he said.

He graduated from OSUIT in 2000 and worked his way up to executive chef under well-known Tulsa restaurateur Michael Fusco until 2013.

“After being an executive chef for 10 years, I wanted to ease into something else,” Oje said, so three years ago he started at Tulsa’s Cancer Treatment Centers of America Southwestern Regional Medical Center in its food service department as an executive sous chef. Last July, he was named executive chef at the center.

It was an adjustment going from working in a small kitchen with just a handful of people to a kitchen twice the size with more than two dozen employees.

“I had a lot of anxiety when I started,” he said. “Learning all the different diets. We have 12 to 15 specialty diets. We cater the food to every patient’s needs— we get to know them.”

Oje and his staff work hand-in-hand with dieticians to determine what each patient needs, and doesn’t need, in their meals.

“After a day of chemo, people just want something that sounds good,” he said. “We want to make it visually appealing and make it taste good.”

Tulsa’s CTCA serves around 600 meals a day and 4,000 meals a week to patients, their families and center staff.

“It’s cooking for a purpose. We are right there when our patients get good news and when they get bad news. They come here to the dining room to talk and to vent,” Oje said.

And he’s still using the lessons he learned in his home kitchen and at OSUIT in his role at CTCA.

“I’ve been able to incorporate a lot of my style and flavors here. I want my core team to be engaged. We look at base recipes, and we tweak them and build the recipe into something different,” he said.

He also teaches cooking classes at the center that are open to patients, families, staff and the public.

The lessons he learned at the School of Culinary Arts have not only elevated his skills in cooking, but also in how to run a kitchen.

“For me, I was always hungry to learn more and always asked for more,” Oje said, and some of the greatest lessons he learned at OSUIT weren’t about what happens in the kitchen. “The thing they really prepared me for was the business side of being a chef like food costs and employee management. My time there really gave me my basics and allowed me to put a lot into practice.”

What: Create allergy-friendly recipes all on your own