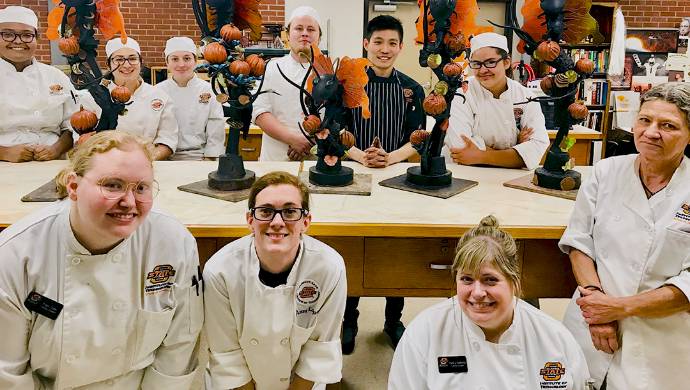 OSU Institute of Technology’s Culinary Arts program welcomed guest instructor Kai-Sean Lee this summer to offer his talent and expertise in an area that requires some of the most dramatic of culinary craftsmanship—the sugar arts.

Sean is a second-year doctoral student and culinary instructor of Professional Food Studies in the School of Hospitality and Tourism Management at OSU Stillwater and has been teaching OSUIT students to create ornamental and monumental centerpieces made from food ingredients, most notably chocolate and sugar.

The seven-week showpiece course is 100 percent hands-on, focusing primarily on design, construction and display of culinary showpieces. Each week, students are tasked to produce edible and monumental works of art using a variety of traditional and modern techniques. All designs, techniques and learning outcomes were informed by theoretical and sociological perspectives of fine-arts, culinary artistry and modern pâtisserie.

“OSUIT’s students have a history of excellence in this part of the world,” said Sean. “I have always had immense respect for the program so when the offer came to teach, I couldn’t refuse!” 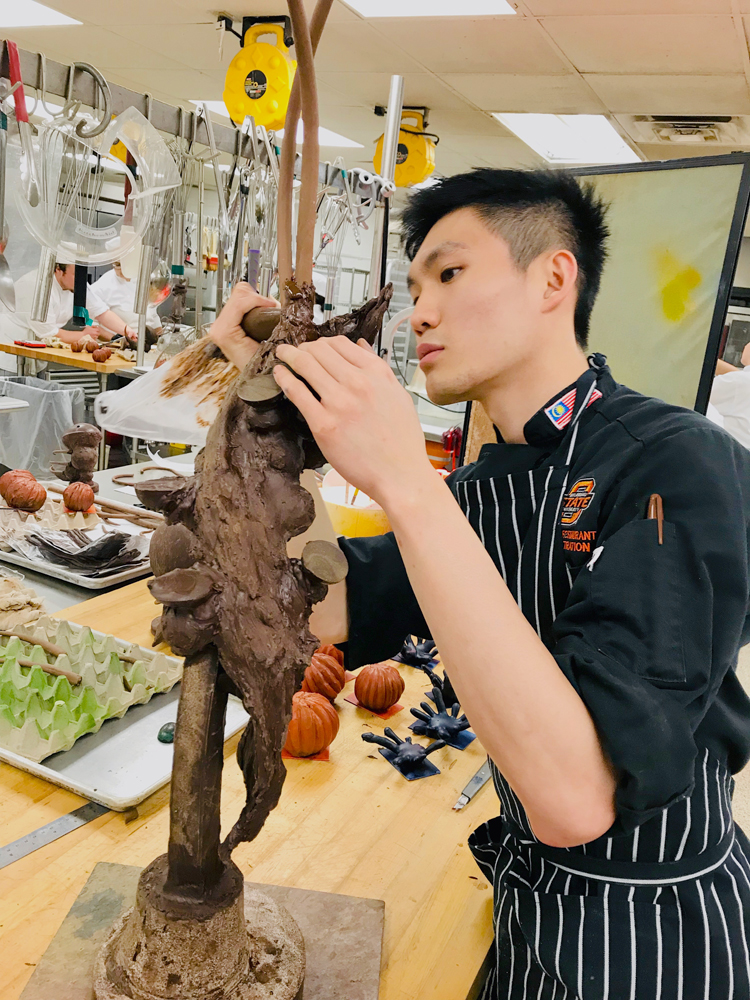 Sean’s history with showpieces began in Malaysia, his home country, and carried forward to his graduate studies. Officially starting his career in pastry with an internship at a five-star luxury resort hotel in Malaysia, Sean spent six months learning his craft before ultimately changing course to the specialty coffee industry in one of Malaysia’s most notable coffee bars. After completing his bachelor’s, Sean decided to pursue his master’s and doctoral degree at OSU Stillwater.

He has written for more than 11 academic publications in some of hospitality and tourism’s most prestigious journals — namely International Journal of Hospitality Management, as well as Journal of Destination Marketing & Management — all within a short span between 2017-2019.

Sean’s doctoral research and central focus is around the creative capacities of elite pastry chefs, unraveling the building blocks tied to their creations, treating each of them as artists and understanding their creative minds. One of his key research streams focuses on showpieces and what they mean to the Malaysian National Pastry Team, who most recently won the World Pastry Cup earlier this January.

Sean said that each of those chefs are close professional friends of his and serve as an advisory team to him in instructing the showpiece course.

Although Sean’s class will end at the end of the summer semester, he has enjoyed being able to work with fellow chefs and students at OSUIT. He said that Chef Grady Perryman and Kerri Brownfield have been extremely helpful and made him feel right at home at OSUIT.

“I’ve met exceptional young talents. I was truly impressed at each student’s eye for art; they could really cause existing professionals’ jaws to drop,” said Sean. “The final showpiece exams were amazing and award-winning worthy! These are the future chefs of America, and I am assured they will only continue to excel.” 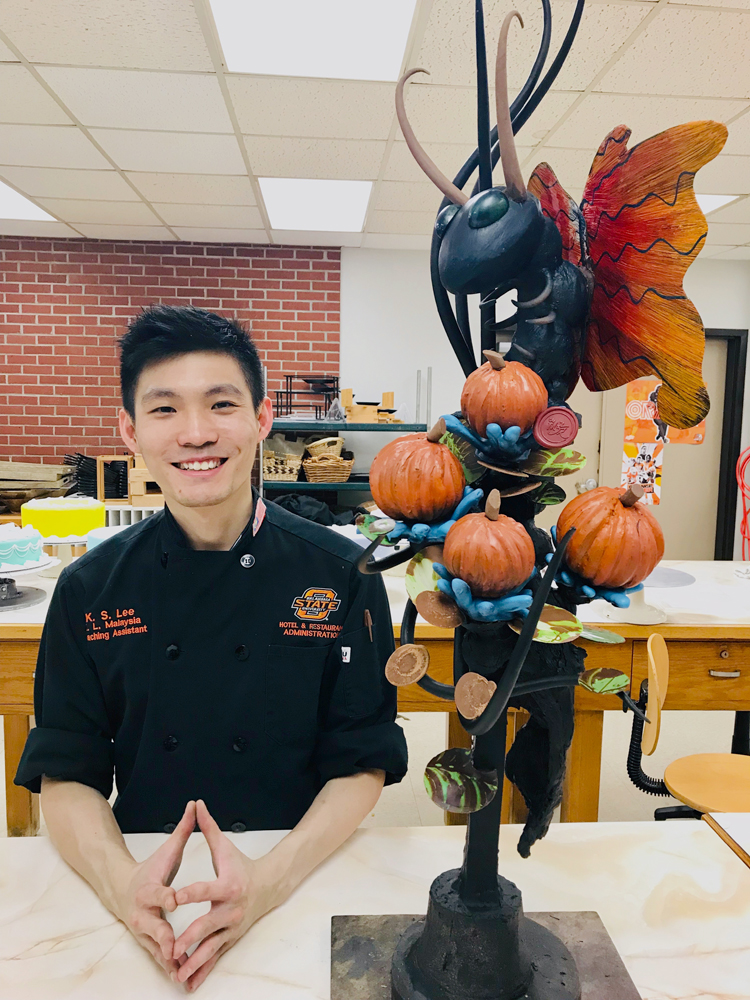 Sean, who plans to return to OSU Stillwater to resume his role while he pursues his Ph.D., says that he plans to pursue a career in academics, but the destination is still unknown.

“I would love to see what Europe has to offer,” he said. “Having completed my Asian education and now my American, Europe is next on my bucket list!”

Sean says he is called he was the one who was called upon and offered the position to share his knowledge and perspective to the students.

“Coming 9,500 miles away from Malaysia, I hope that my perspectives on pastry arts and education left a mark on the students here in OSUIT,” said Sean. “I can say that my experience here has been a memorable one.”