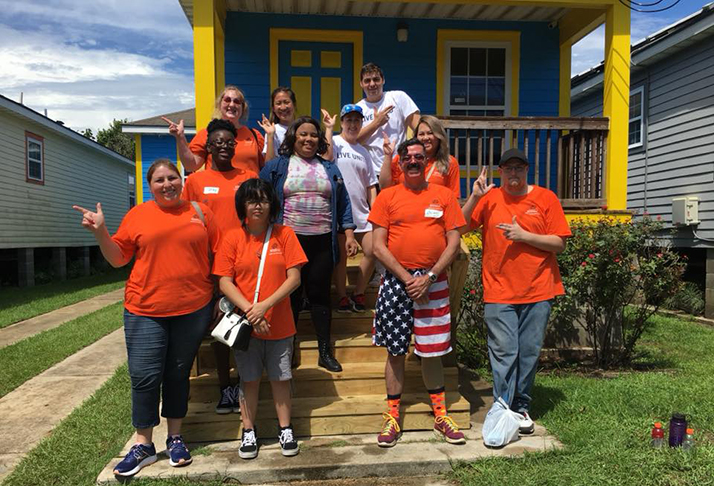 Half a dozen Future Chefs Association members and the club’s faculty adviser recently returned from a four-day trip to New Orleans after getting a taste of the culinary culture of the city.

The group from OSU Institute of Technology’s School of Culinary Arts spent time eating at New Orleans restaurants and getting behind-the-scenes tours of their kitchens, as well as taking a culinary history tour of the city.

Culinary instructor and FCA faculty advisor Becca Johnston has been to New Orleans many times and enjoyed getting to show the students a city known for its food scene.

“They’re proud of their food culture. The students who came on the trip were open to trying new foods. For some of them, it was eye-opening, learning the history of such an old city and how immigration influenced that food culture,” Johnston said.

Theresa Du, another Culinary student who went on the trip, said she’s typically a picky eater, but she tried a lot of dishes on the trip.

“Going into the culinary industry and going to all these places made me expand my palate more. I didn’t think there was a dish I didn’t like,” Du said. “New Orleans was very interesting. It was a different culture to me, and not just only with the food, but seeing the impact of Hurricane Katrina on the city.”

The students also spent time doing some volunteer work in the Lower Ninth Ward for the nonprofit organization HandsOn New Orleans. The group helped paint a house that was donated to the Ellis Marsalis Center for Music’s after school program.

“It happened to be the 13th anniversary of Hurricane Katrina,” Johnston said. “We worked with local people from New Orleans. We got to meet some new people and we did something for the Lower Ninth Ward.”

It was a highlight for several on the trip.

“I worked for a soup kitchen for five years before I came to culinary school. It’s what inspired me to come to culinary school,” Ellefson said. “The day we volunteered it was exactly 13 years to the day. We got to meet some interesting characters down there.”

Payne said she was in band in high school and still plays occasionally so getting to volunteer for an afterschool music program meant a lot.