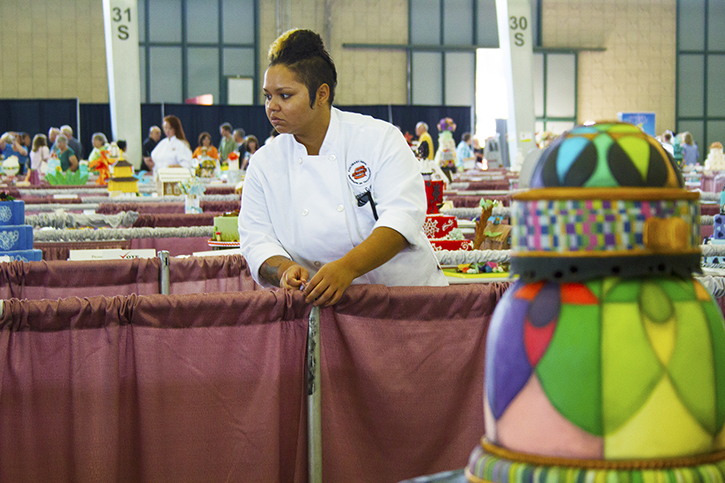 Every year artists from all over the country converge in the River Spirit Expo building during the first weekend of the Tulsa State Fair for the Oklahoma State Sugar Art Show, a competition that showcases some of the best sugar and cake artistry in the world.

School of Culinary Arts students from OSU Institute of Technology spend that weekend volunteering their time to help ensure the show goes off without a hitch.

This year about 50 students volunteered to work during sugar art show loading and unloading cakes and supplies, assisting show organizers, manning the cookie decorating station, and monitoring and protecting the cakes as hundreds of people walk around the displays during the three-day show.

“They were amazing and have already volunteered for next year,” said Kerry Vincent, the show’s director.

Jasmine St. Julian is in her first semester at OSUIT, but hopes to become a third generation chef in her family after her father and grandmother.

“It’s in my blood,” said St. Julian, whose primary interest is in Cajun cuisine. That doesn’t mean she isn’t impressed by what she sees at the sugar art show.

“I appreciate all the work that goes into it. I can’t imagine doing something this complicated and just the concepts that these artists come up with,” she said. “One cook to another, I have total respect.”

One of those artists was OSUIT Culinary instructor Chef Grady Perryman, who entered a raptor skull that looked more like a fossil than something molded from chocolate.

Perryman won first place professional division in the chocolate category, as well as $300 in the overall draw.

Amanda Sparlin is also in her first semester in the Culinary program and hopes her volunteer time at the show is also a learning experience.

“I want to be a pastry chef, that’s why I started at OSUIT,” Sparlin said. “This was my number one priority, getting to work at this show. The more you volunteer, the more you get to do.” 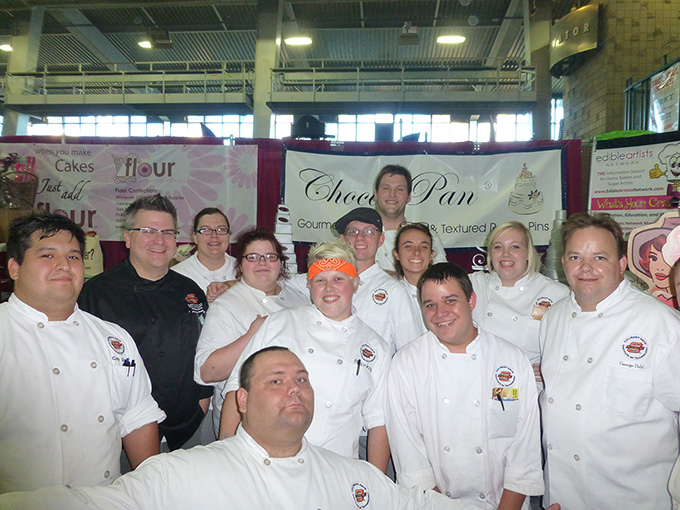 Sparlin said just in the few days she volunteered she saw how each cake is not one large project, but multiple pieces put together to form one concept or idea.

“It’s amazing, these cakes are crazy. The effort put into them, you can tell everyone loves what they’re doing,” she said, and it’s an inspiration. “I will be in one of these shows in a few years. I will be in a cake show.”

Even St. Julian, whose ambition is more on the savory side, gleaned some knowledge and ideas from the sugar artists.

“This gives me inspiration for my plates, honestly,” she said. “It’s encouraging me to be more creative.”