Dean of School of Information Technologies to Retire after 35 Years

Dean of School of Information Technologies to Retire after 35 Years 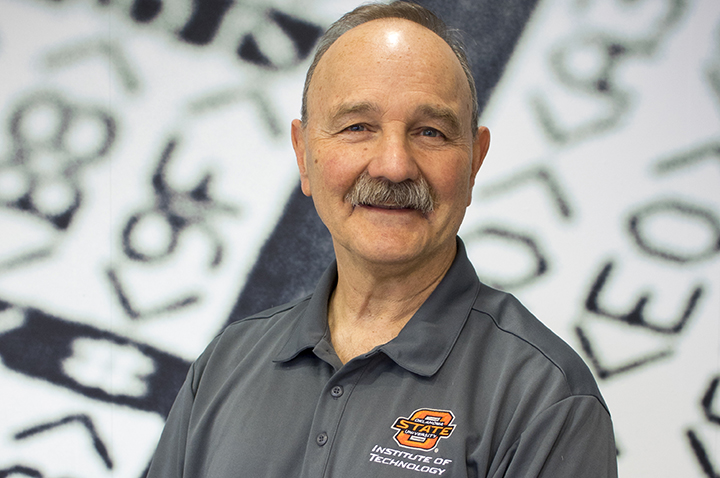 In Randy Ritchey’s 35 years at OSU Institute of Technology, his biggest hope is that he made a difference.

Ritchey, dean of the School of Information Technologies, is retiring this month after more than three decades as an instructor and administrator.

“Making a difference in students’ lives has been the driving force or I wouldn’t have been here 35 years. Students are our No. 1 customers,” he said. “For me it’s giving back and making a difference.”

Ritchey, whose background was in electronics, taught at OSUIT for three years, then left for additional education before returning to campus in 1985.

“I missed teaching more than I thought,” he said.

In 2001, the decision was made to combine the academic programs related to computers and electronics under one umbrella that would eventually become the School of Information Technologies.

“I was ready for a change. It was a new challenge. There’s never a dull moment,” he said, and moving into the dean position was another way for him to give back. “As a former teacher I felt I could be helpful to the students and the faculty.”

Newman said he’s had the privilege to work with Ritchey throughout his 17-plus years at OSUIT.

“I can say without reservation that he has always been oriented to helping and supporting others in any way possible whether that was as an Information Technologies faculty member, or through his role as the school’s dean the past few years. He will definitely be missed,” he said.

Since the early 1980s when Ritchey started at OSUIT, the information technologies industry has evolved beyond what anyone would have believed.

“Science fiction back then is now science fact,” he said; so he and his faculty have had to constantly keep informed and up to date with the industry. “Learning something new and keeping abreast of advancements keeps me young. It’s exciting to learn new stuff. It’s amazing the changes that have happened.”

With technology such a large part of all of our lives, graduates of OSUIT’s School of Information Technology are more in demand than ever and the programs have seen record enrollment.

“This fall semester has been our largest enrollment. We had 125 new students,” Ritchey said. “Sixty percent of our students are enrolling in the Cyber Security program and getting jobs in that area. It’s our bread and butter now. It’s always in demand and there’s a need and it’s not going away.”

The school also recently earned ABET accreditation, something Ritchey is proud he and the faculty and staff could accomplish before his retirement.

“Being here 35 years, our advisory board has been an invaluable resource. They’ve been great in moving us in the right direction,” he said. “Our alumni, we’ve had a lot of success stories. The faculty, I just tried to provide them with what I can to help them be successful.”