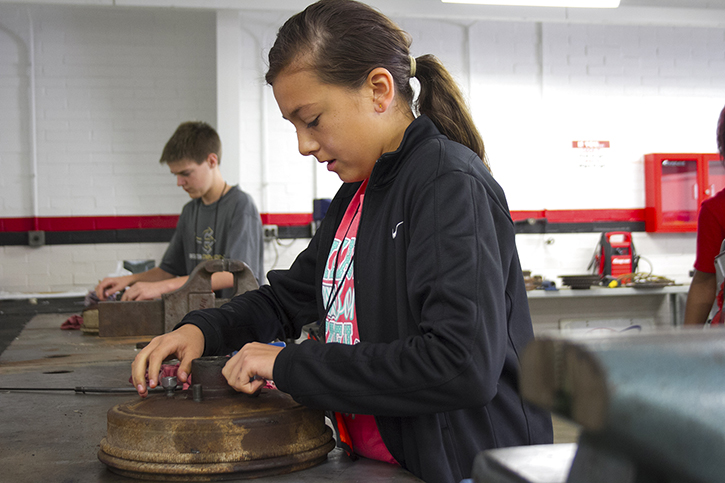 This year the camp also had a goal to spark the students’ self-confidence through various team-building activities and field trips.

The camp, funded by the Oklahoma State Regents for Higher Education, shows eighth through 10th graders how math and science are immersed into all types of careers. The camp is funded for up to 38 campers, and this year’s camp was full with a waiting list.

“The students were able to learn about electrical wiring, wound care, graphic animation and they helped cook alongside culinary students, and much more,” said Angie Been, summer academy director on the OSUIT campus.

They also participated in personality tests, career profiles and discussions about why they attend college as well as leadership and team building activities on field trips to the Deep Fork Wildlife Refuge in Okmulgee and the Helzmar Ropes Course in Tulsa.

Fourteen-year-old Shelby Lang, from Idabel, said he was surprised that the ropes course was his favorite activity of the week.

Sabriah Hoover, a 14 year old from Haskell, said the ropes course was a highlight for her too.

“It helped me overcome my fear of heights. I had friends cheering me on,” said Hoover, who also did some team building with the group while at the ropes course field trip.

“It’s been really interesting to work with other kids,” she said. “I learned getting along is easier than not getting along because you get more stuff done when you work together.”

On the OSUIT campus, 16-year-old Hannah Walker, who attended the camp for a second time, said getting to experience a little bit of different careers was a highlight for her.

“There are a lot of different professions and I like a lot of them,” Walker said, but getting to work with O&P’s robotic prosthetic hand that moves and functions through muscle movement was one of the more memorable moments of the week.

“I might want to be a biomedical engineer. Seeing the prosthetics was really cool because I may be making that one day,” she said. 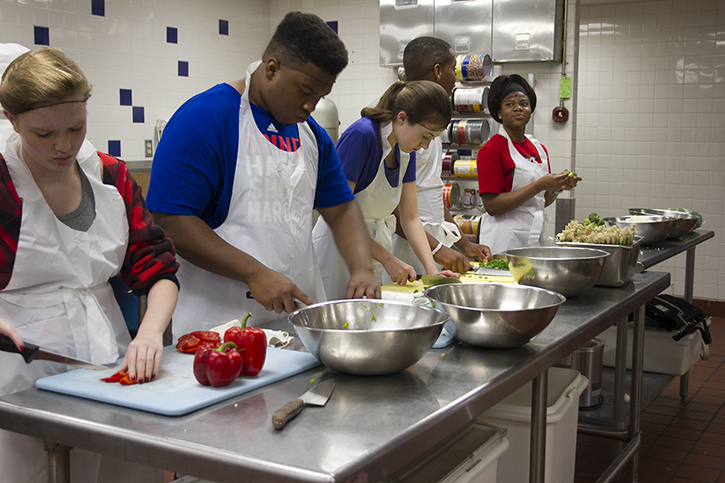 Been said it’s important to include as many academic programs as possible during the camp to give students a better idea of all the career options available to them.

“Sometimes people tend to have tunnel vision and only see one job within a career field. Many students want to work in the health care industry and automatically think of doctors and nurses never realizing orthotics and prosthetics is an option,” she said. “By allowing the students to visit a number of programs we are able to broaden their horizons.”

Getting a taste of college life and the types programs OSUIT has to offer has given Lang something to think about.

“When I get out of high school I’m thinking about coming here for a few years. Maybe go into Culinary Arts or Automotive,” he said. “I like hands-on learning. It’s been fun.”