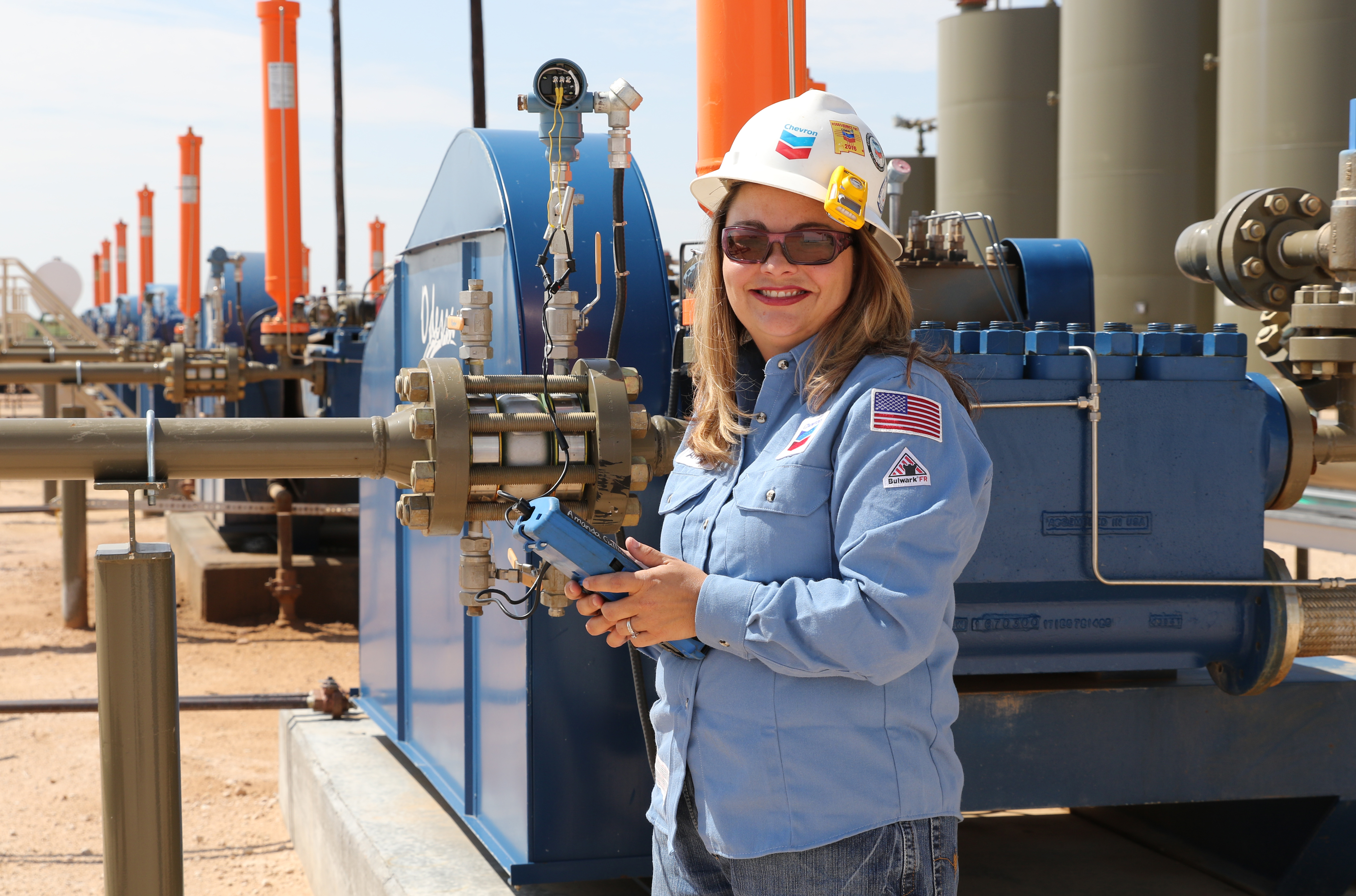 About 10 years ago, Amanda Cullum was a mother of two who had no idea what she wanted to do until she saw a news story about an event at OSU Institute of Technology.

“I saw on TV someone from OSUIT say ‘We train people to go to work at Chevron in Midland, Texas,” her hometown, Cullum says.

Cullum interned at Chevron in Midland, and after graduating with her Bachelor of Technology, she went to work at Chevron.

“Chevron starts you out as a field technician. I actually do love it— I love the field. It’s like a family out there,” she says.

“I do all the programming for the pumps and compressors. I tell pumps to come on and off,” she says and has even built control panels and systems.

Her husband, a fellow OSUIT alum, also works for Chevron. The couple are raising six children, two biological and four adopted ranging in ages from 1 to 18 years old.

“I’m pushing my kids to go to OSUIT. It’s such a good education for the price and the time,” she says. “My youngest son, he’s 11, he wants to be an automation analyst. My middle son wants to be an electrical engineer.”

When Cullum started at OSUIT, she says she didn’t know what she was getting herself into, only that she liked that the programs utilized hands-on learning.

“I had no idea what I wanted to get my degree in. I took an instrumentation class, and I was good at it. It was extremely hands on, which was great, that’s how I learn,” she says. “It wasn’t until my sixth semester that I realized I was the only girl in the program.”

Growing up with two brothers, Cullum says she didn’t think anything about it, and she never felt she was treated differently because she was a woman.

“I was a mom of two kids. I treated school like a full-time job. The guys I graduated with, we would stay up at night working on projects, and we stayed in touch after graduation. There was this sense of family,” she says.

That sense of family extended beyond her classmates and to the faculty as well.

“One of my sons got sick, and we were in the hospital, and the instructors came up to see us. They went to my wedding. It was like a family,” Cullum says. “They knew me. Not all instructors will go to the hospital or go to the wedding.”

Since her graduation, Cullum has come back to OSUIT several times. She delivered the keynote address at graduation; she’s given presentations for Chevron; and last year, she was inducted as a Rising Star into the OSUIT Alumni Hall of Fame.

Cullum, who is the only woman in the 15-person automation department at Chevron, said the industry is becoming more open to women, and she hopes by coming back to OSUIT more female students see her and think they can do it too.

“Women are generally more detail-oriented, and this job needs those details. It’s sad that women dismiss this career because it’s historically been so male-driven,” she says. “I want to show people it’s possible.”

Cullum, who 10 years ago didn’t know what she wanted to do is now looking far into her future, and it includes coming back to OSUIT.

For Cullum, the prospect of coming back to OSUIT to teach is a way to give back to her alma mater and the industry.

Tags
Instrumentation Technology
Back to Top
©