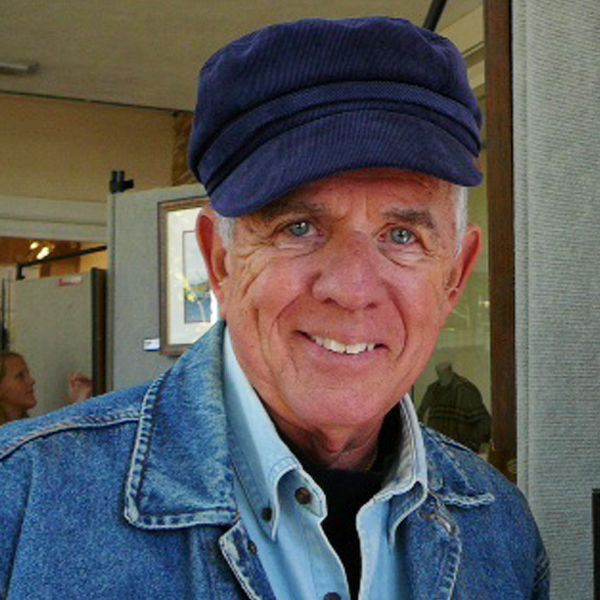 Since he was introduced to art at his high school in Coffeyville, Kan., Monte Toon has wanted it to be a part of his life.

“I wanted to be involved in art somehow, but I didn’t think I was good enough to pursue it as a career,” Toon said. “I was inspired by my high school art teacher. She inspired me to continue with art.”

After high school, Toon joined the U.S. Navy and then pursued a bachelor’s degree in secondary education before teaching art for three years in a junior high school in Emporia, Kan.

“I really wanted to be an artist. I wanted to do the work,” he said and thought back to a commercial art course he took while in college. “I loved it. It gave me that discipline, gave me that direction I wanted.”

He moved to Tulsa in 1973 and soon after toured OSU Institute of Technology. He enrolled in the Graphic Design program and returned the very next day to start classes.

“It was exactly what I wanted,” Toon said, and because he already had a bachelor’s degree he was able to graduate in a year.

He immediately went to work at Tulsa’s KTUL Channel 8 as an assistant art director, and just a year later was promoted to art director and graphic designer, titles he retained for 30 years.

He retired in 2004, and now Toon and his wife travel all across the United States and Canada. All the while he has continued to paint with watercolors, something he pursued in his free time while working as a graphic designer.

“I continue to paint with watercolor and have shows all over the Midwest,” he said.

James McCullough, dean of the School of Visual Communications, said it’s important to support alumni and showcase their work to the community and students.

“It helps convey the idea these creatives have talents and skills that are often overlooked because they graduated from a technical school. It also promotes their talents to students,” McCullough said.

Toon said he too hopes the opportunity to showcase his work at OSUIT benefits students.

“I’m looking forward to coming back and having my work on display at OSUIT. I had a dual career of a commercial artist, and I started on a path to become a fine artist,” he said, and the two paths are more similar than people think.

“You have a set mission, a set goal in commercial art, and it bleeds over into fine art. You have to have discipline, setting aside time to work,” he said. “If you’re a fine artist and you create something with the idea of selling it— you’re a commercial artist.”

McCullough said Toon has hired other graduates of the program and promoted the School of Visual Communications throughout his career.

“He’s a very generous man who is interested in telling students about what they can do not only in their careers, but in other forms of art as well,” he said. “He’s encouraging to them and a supportive voice to them.”

And at 74 years old, Toon has no intention of retiring from his fine art career.

“I will never tire of it. As long as I’m alive, as long as I’m capable, I will continue to be creative,” he said. “It’s been a wonderful career, and to have this talent and be able to make a career out of it is something I’m very grateful for.”