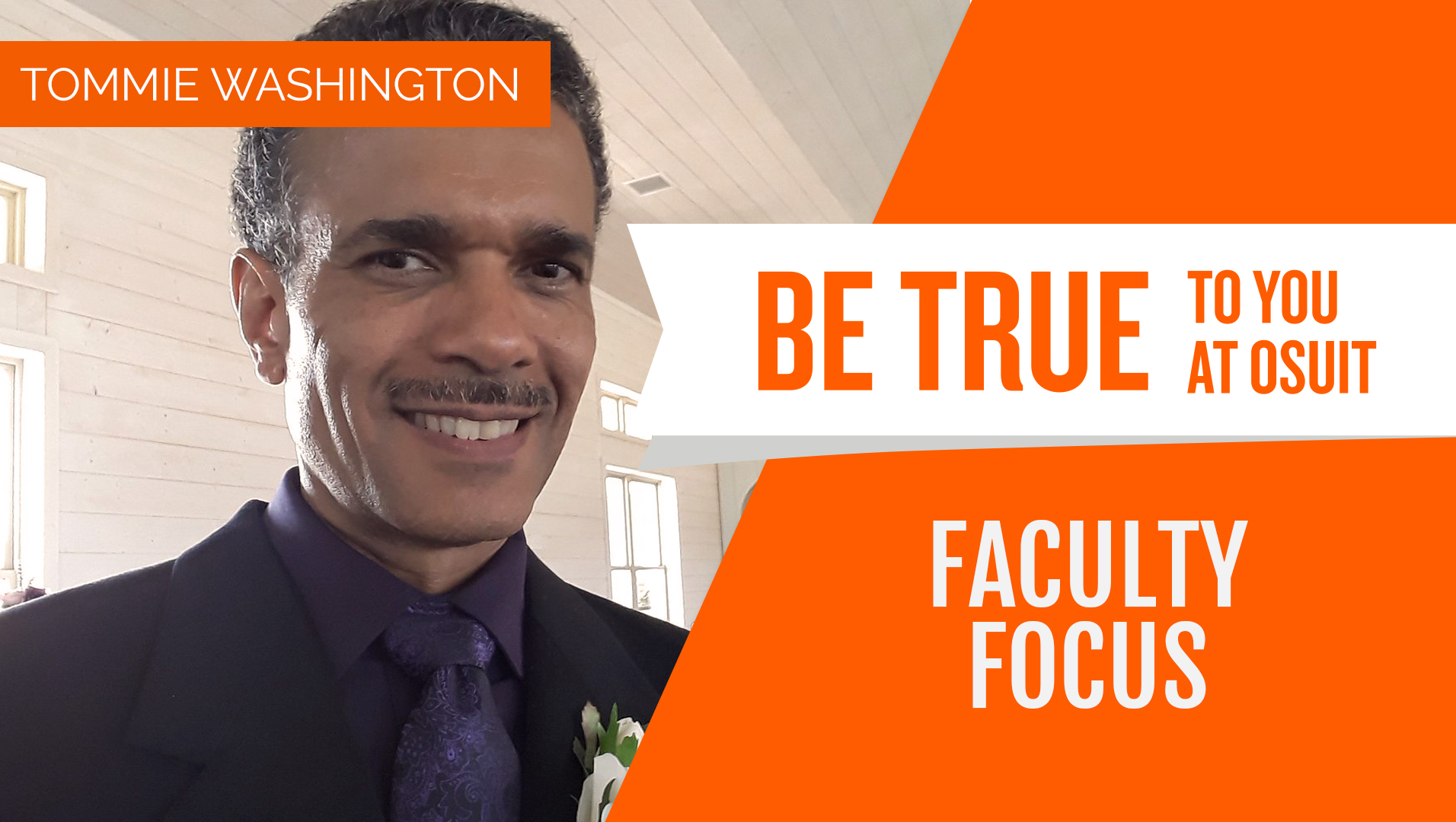 OSU Institute of Technology programs are guided by industry experts who are passionate about teaching and their program of study. With extensive real-world experience, OSUIT's instructors teach the current best practices based on industry standards.

An award-winning graphic designer and an animator of motion graphics, working in the design and broadcast industry for over 30 years, Washington has taught Introduction to Motion Graphics online for OSUIT since 2019.

"Working for a worldwide brand like ESPN affords me some experiences in design and animation that I love sharing with my students," he said. "The familiarity of the brand makes for exciting presentations and discussion."

Christian Bradley, dean of the School of Creative & Information Technologies, said that Washington is an excellent example of OSUIT's expert faculty.

"We always tell students that our instructors are professionals who teach, not professional teachers; Tommie is a great example of that," said Bradley. "He's working in the industry, current with technology and relevant. He lives in a fast-paced industry all day, every day, solving problems, working with people on a team and trying to make the best possible art he can with the resources he's given," said Bradley. "He is living the life our students want to live after graduation."

Bradley said that hiring Washington as an instructor was a no-brainer.

"Why wouldn't we want to hire Tommy? His experience at ESPN and in the industry, plus his academic credentials made him a top draft choice," said Bradley.

Washington has a Bachelor of Fine Arts in Graphic Design from Temple University's Tyler School of Art and a master's degree in Motion Media from Savannah College of Art and Design.

In 1994, Tommie was hired by ESPN as a graphic designer, where he began producing graphics for various ESPN Shows, such as RPM2Night and NFL Gameday. In 1996, he was selected to work on designing ESPNews. It was then that he took the initiative to learn 3D animation software on his own and became the first ESPN employee to create a 3D animation that aired on an ESPN network.

He continued to be an innovator by creating the first virtual reality set for "Outside The Lines" and the first animated over-the-shoulder and full-screen graphics to air on an ESPN network. He was also instrumental in designing the first "Bottom Line" (the score update and information bar at the bottom of the screen). In addition, he has played a significant role in the awarding of several Broadcast Design Association (BDA/Promax) awards to ESPN's Creative Services Department and has received an Emmy award for his graphic design work on ESPN's flagship broadcast "SportsCenter."

"Because I love what I do as a designer, animator and teacher, I haven't worked a day in my life," Washington said.

"Tommie is a favorite with our students," said Bradley. "His course surveys were outstanding; he immediately bolstered a class that needed some attention. We think the world of Tommie, and we're super pleased to have him as part of our SCIT family."