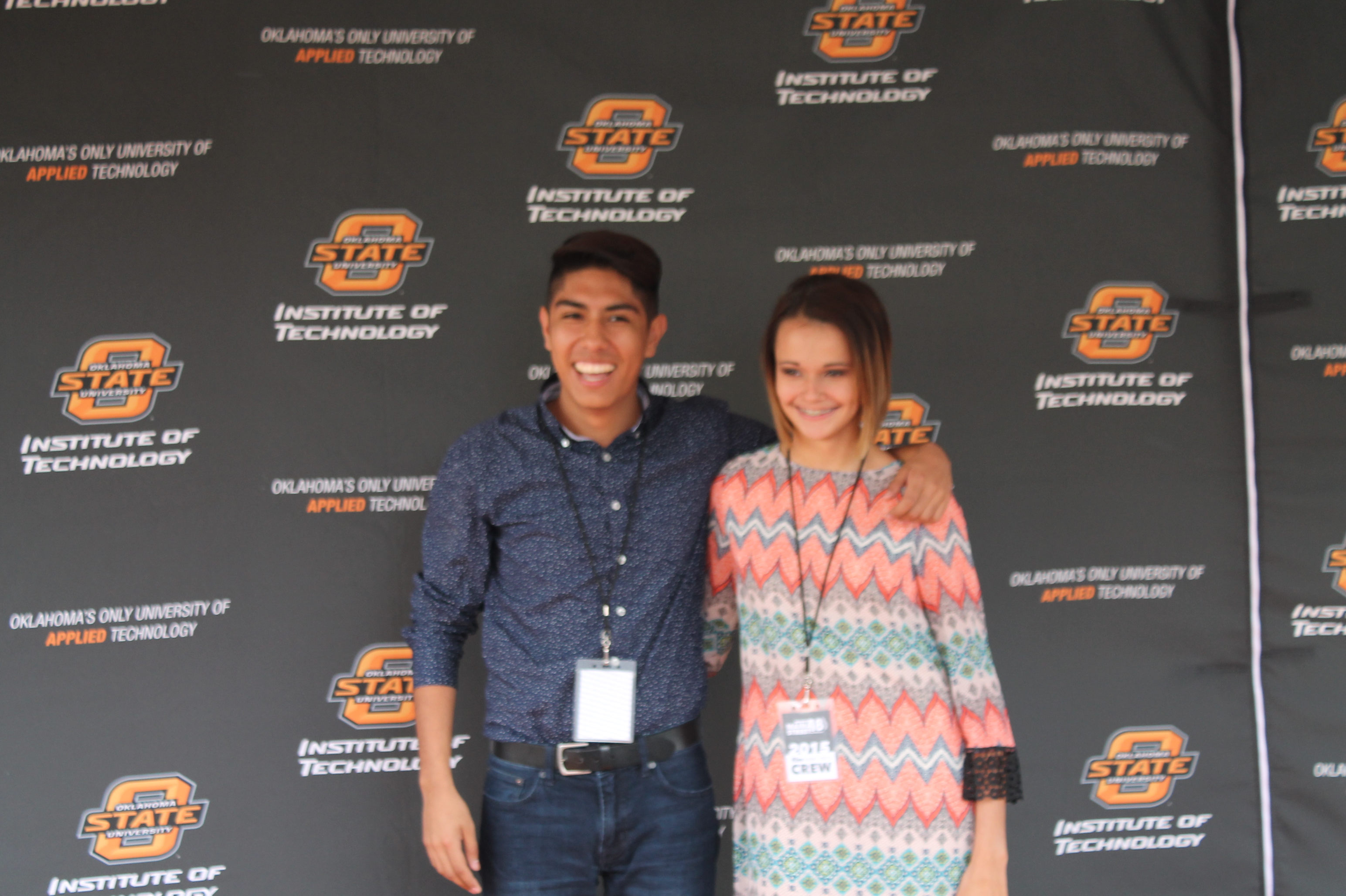 There are a lot of components when making a movie— the script, cast, crew, and editors— but one of the biggest factors is time.

The Okmulgee Main Street 48 Hour Film Festival gives filmmaking teams two days to plan, shoot and edit a short film before it is screened to the public. The film festival is held in conjunction with the Okmulgee Harvest Spoon Chili Festival with an Orange Carpet event hosted by OSU Institute of Technology held just prior to the screenings.

This is the second year for the Main Street 48 and chairman Tyler Roberds hopes this year’s festival builds on the successes of last year’s outings.

“The teams did really good. I’m excited to see what new stories are presented this year,” Roberds said.

Two OSU Institute of Technology students took the first place prize last year for their six-minute thriller “Move On.” Marlie Sawyer and Ricky Cuellar are both photography students in OSUIT’s School of Visual Communications and are entering the film festival again this year.

The competition starts Friday, Oct. 14 following the Element Party at 7 p.m., at the Mabrey Bank Meeting Room, 107 E. 6th Street in downtown Okmulgee, where filmmakers and their teams will learn the four specific elements they must include in their four to six minute short film: a specific prop, line of dialogue, character and exterior location in Okmulgee. The registration cost is $30.

Roberds said he wants to offer teams advice and guidance at the Element Party so they have a better idea of what to expect.

“It’s hard to come up with an original idea, shoot it and edit it. The teams that do the best balance story with production and editing,” he said.

And teams don’t need to be professional filmmakers to participate.

“You can shoot this on your iPhone and edit it on iMovie. It’s about skill and story, not equipment,” he said.

Three outside filmmakers will judge the finished films and choose a $300 first place winner and $200 second place winner.

All the films will be screened Saturday, Oct. 22, at the Orpheum Theatre following the Harvest Spoon Chili Festival, and viewers will determine the $100 Audience Choice award.

The film festival kicks off at 4:30 p.m., with OSUIT’s Orange Carpet event outside the Orpheum Theatre as filmmakers and actors arrive to the screenings and are interviewed about their films on the orange carpet as paparazzi take pictures.