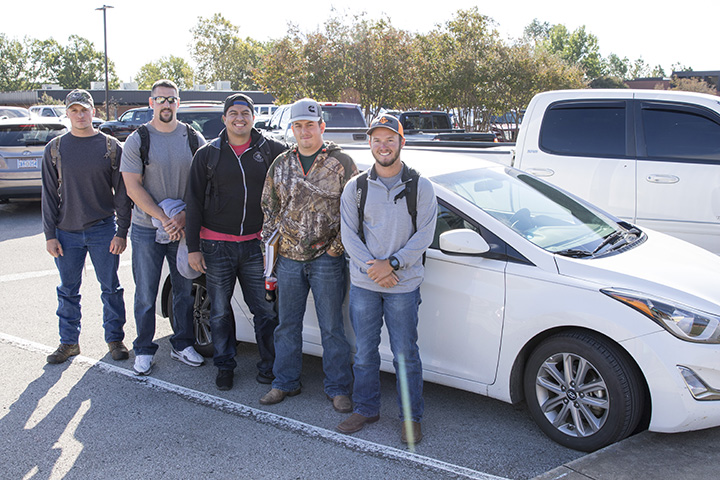 For the first time, OSU Institute of Technology will host events aimed directly at the university’s off-campus and commuting students during Commuter Appreciation Week Oct. 16 through 20.

Kamie Rash, Office of Student Life activities coordinator, said she wanted to recognize commuter students and students that live off campus since they make up approximately 68 percent of the student population.

“It’s the first time we’re doing anything like this, but it’s because they make up such a large percentage of our students,” Rash said. “If I were them, I would want something cool, too.”

Each day, there will be special events and activities kicking off Monday, Oct. 16, with Minute to Win It games during lunch from 11 a.m. to 1 p.m. in the Cowboy Café.

“I’m looking forward to the Minute to Win It games; it’s going to be a lot of fun to watch,” she said.

Tuesday, Oct. 17, is Coffee with Commuters where students can get free coffee, doughnuts and other refreshments from 8 to 10 a.m. in the Student Union.

Waffle Wednesday on Oct. 18 begins at 9 a.m. in the Student Union, and then Free Movie Night Thursday is Oct. 19 at 7 p.m. at the Orpheum Theatre in downtown Okmulgee.

Throughout the week, at the various Commuter Appreciation Week activities, Pistol Pete mustaches will be handed out and those who post a selfie or photo with their Pete-stache using the hashtag #pistolpetemustache and tag OSUIT Student Life— @osuitstudentlife on Facebook or @osuit_sl on Twitter— will be entered to win a special commuter prize.

On Friday, the winner of the Pistol Pete Mustache Contest will be announced.

“They can compete in that throughout the week,” she said. “The best picture will win. It can be crazy or just a normal selfie.”

Commuter Appreciation Week is a way to offer those students who don’t live on the OSUIT campus the opportunity to take part in more Student Life activities and experience a greater connection to the campus community.