The next time you hear what sounds like a swarm of bees overheard, don’t panic just yet. It may just be a drone being controlled by a photographer several yards away.

Drones are the latest technological tool being used by photographers and filmmakers to get those bird’s eye view shots that used to be too hard, or too expensive to capture. 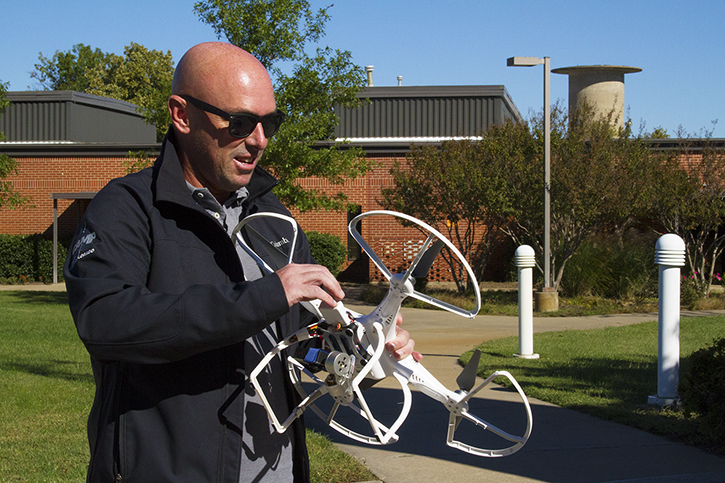 Photographer and OSU Institute of Technology Visual Communications instructor Kelly Kerr said photography drones have been around for several years, but they were difficult to fly and maneuver when the technology first became available.

“In the last year or so the technology has really kicked in with the ease of use and safety of it,” Kerr said. “I started to see some of the footage coming from drones and that really changed my view of it.” 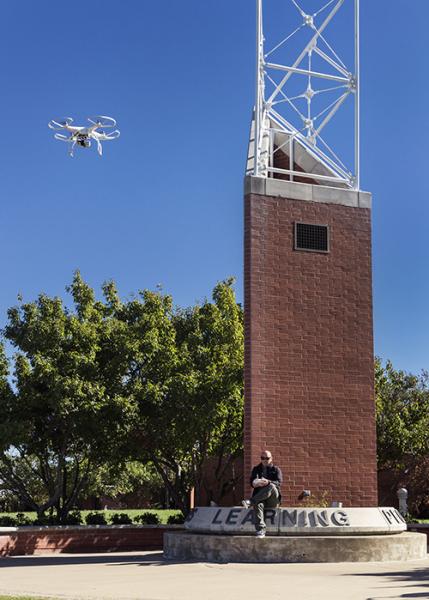 Kerr bought his own drone, a four-propeller model made primarily of plastic that weighs less than five pounds and holds a GoPro camera on a movable gimbal. He’s been taking it out and perfecting his flying techniques for about a year.

“Drones are so easy to operate and they’re safe,” he said, and they’re actually pretty cheap. A good quality base model will start at about $500, and replacement parts are usually less than $50.

Kerr said his drone has a capacity to reach 1,000 feet up and has a half-mile radius.

“It lets you get into places and do camera moves that you couldn’t get otherwise. You can get very smooth shots and maneuver around more,” he said. “It’s just going to change filmmaking. Shots that usually have to be done with a helicopter or airplane can now be done with a drone. It allows you to do something that looks expensive, but isn’t.”

The toughest part was learning to fly with the controller. It operates much like a remote-controlled plane or helicopter.

“It appeals to the child in you for sure. It’s a ton of fun, the technology is so cool,” Kerr said. “What’s going to make the difference is the gaming generation, they’re so used to controllers it will be easy.” 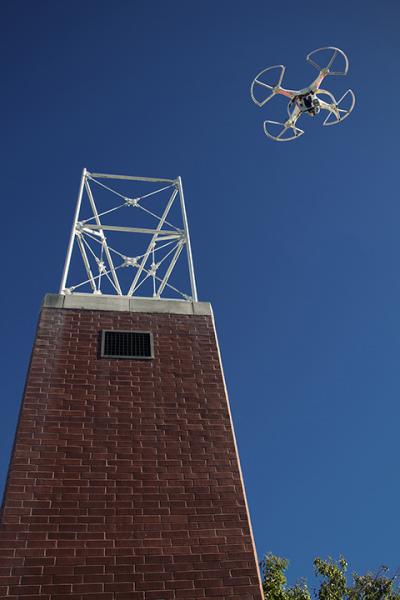 According to the Federal Aviation Administration drones used for recreational use or as a hobby don’t have to be approved by the FAA, but they are restricted at all airports, federal installations, national parks and wildlife reserves and shouldn’t fly higher than 400 feet.

Currently the FAA is developing policies and standards for commercial use of drones and unmanned aircraft.

“There may be some kind of certification you have to get in the future to use drones for commercial photography or video,” he said. “The only time we’ve ever been stopped is when we went to the Great Salt Plains State Park.” 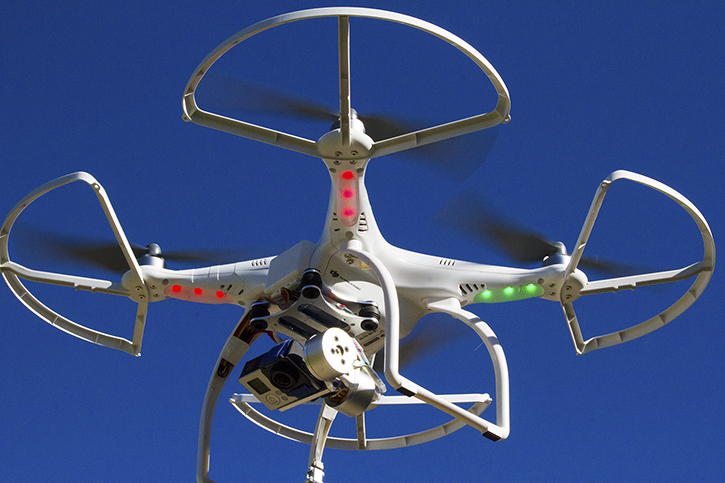 He’s also encouraging his students who are interested in utilizing a drone for their work to learn more and be fearless when they fly. He hopes one day that there’s even a class on droning in the Visual Communications Division.

“I would like OSUIT to get out in front of the curve on this. I haven’t seen anything out there in terms of photography or cinematography with drones as far as formal training,” Kerr said.