It’s not every day that you hear about a local pastry chef moving to Antarctica to bake. For one OSU Institute of Technology graduate, that is exactly what has happened.

Rachel Boyles, a graduate from OSUIT’s Culinary Arts program, specialized in baked goods and pairing food with coffee at a Tulsa coffee shop when she heard about an opportunity to bake in Antarctica.

“I had a co-worker at the time tell me about ‘Baking in Antarctica,’” said Boyles. “I couldn’t stop thinking about it and started searching for ‘baker positions in Antarctica.’”

About a month later, she was offered the primary contract for the winter at McMurdo. 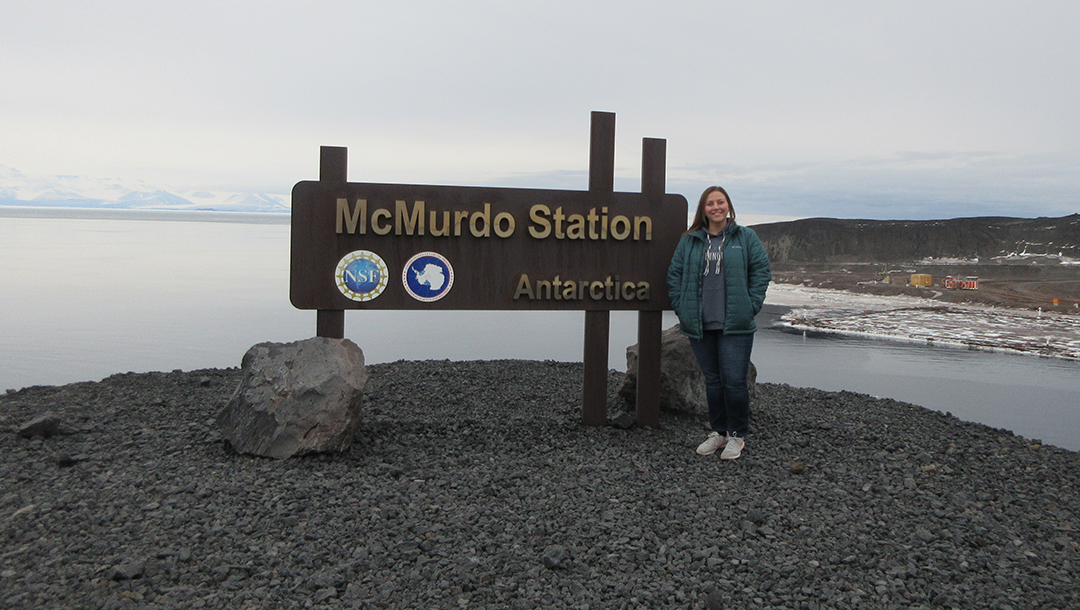 “The interview process can be a little intimidating because they need to make sure that you are mentally capable of staying on the continent for extended periods of time,” said Boyles. “They also have you do a very intensive physical to ensure it’s safe for you to be on the ice, due to very limited medical support as well as minimal planes in the winter seasons.”

Boyles began her eight-month civilian deployment through the Compass Group in February.  McMurdo Station, the logistics hub of the United States Antarctic Program, includes civilians, military personnel, researchers, NASA employees and firefighters. The program, founded in 1959 by the U.S. government, manages all U.S. scientific research and related logistics in Antarctica as well as on board ships in the Southern Ocean.

While Boyles provides all of the baked goods for the station, she said this extreme climate makes it challenging to bake.

“I have to make adjustments during baking to ensure the moisture remains," she said. “If I am making bread doughs, I have to immediately use the dough or cover it because a tough skin can form within two minutes. Something as simple as graham cracker crust involves twice the amount of moisture just to make sure it will form a cohesive crust.” 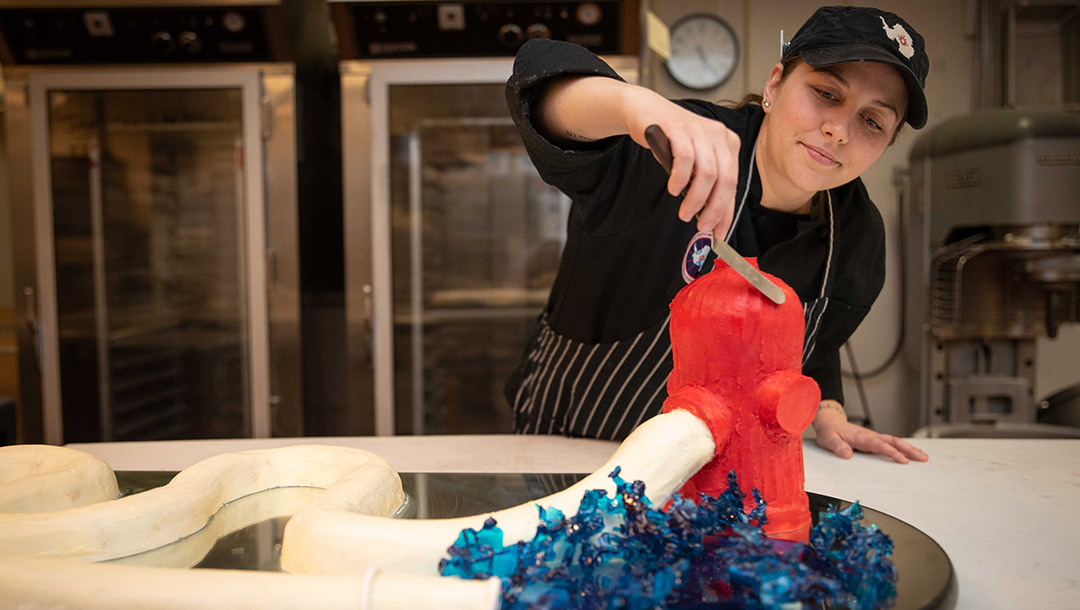 The dry climate in Antarctica affects more than Boyles’ baking, of course.

“Your body adjusts to the cold easily. We go on hikes in negative five degree weather, but the air is pulling all of the moisture from you. I have to constantly stay hydrated and apply Chapstick or lotions. We all keep water next to our beds because you constantly wake up with cotton mouth in the middle of the night.”

Although the climate has been an adjustment, Boyles has enjoyed her time in Antarctica.

“My favorite part of this experience is the people and the wildlife,” she said. “You meet some of the most interesting people down here from all over the world. I absolutely love when someone sees a penguin. Everyone stops what they are doing to run out the door and see it.”

Boyles said her education at OSUIT helped prepare her for the experience.

Boyles said that at some point in most chefs’ lives, they think back to that one instructor or class during a difficult situation, and it’s no different for her: “I’m always remembering things chef Perryman taught us.”

She encourages Culinary Arts students to just keep going. “It gets hard,” she acknowledged. “No one said you have to like every single class, but it is such an amazing experience. If you truly love cooking or baking, you couldn’t choose a better place than OSUIT to be involved with.”

Boyles said she hasn’t decided where she wants to go after she leaves Antarctica in October.

“Luckily, with this profession, you can go anywhere, even the bottom of the world. There is so much more world to see.”