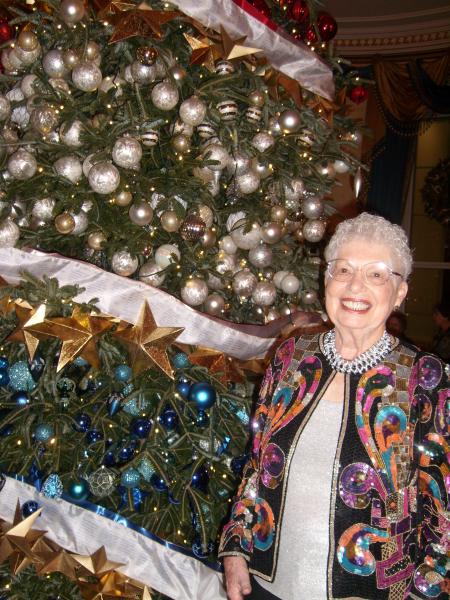 Hazel Rissler, who has lived in Okmulgee for more than 50 years, kicked off her holiday season doing something only a select few get to take part in every year— decorating the White House for Christmas.

Every year about 100 volunteers, primarily professional decorators, are selected from across the country to spend a week decorating the White House for the holidays, and Rissler watched those volunteers on the HGTV special “White House Christmas” last year at her son Paul Rissler’s house.

And so much work. The volunteers reported to the White House every morning just after 6 a.m., and worked until about 4:30 p.m., decorating 62 trees in more than 10 rooms and open spaces throughout the historic home.

Rissler was assigned to help decorate the East Room, the largest reception room in the White House.

Rissler had a great time working with volunteers from other parts of country, but she made sure they knew where she was from. She wore several Oklahoma State University shirts and sweaters during her time in the White House and even took OSU ornaments that she hung on a tree— temporarily— to show her orange pride.

Rissler’s husband worked for OSU Institute of Technology for 18 years and three of her five children as well as a son-in-law attended OSUIT. She even took some culinary classes.

“I believe in being loyal. OSUIT was good to us, and we were loyal, we’re still loyal,” she said. 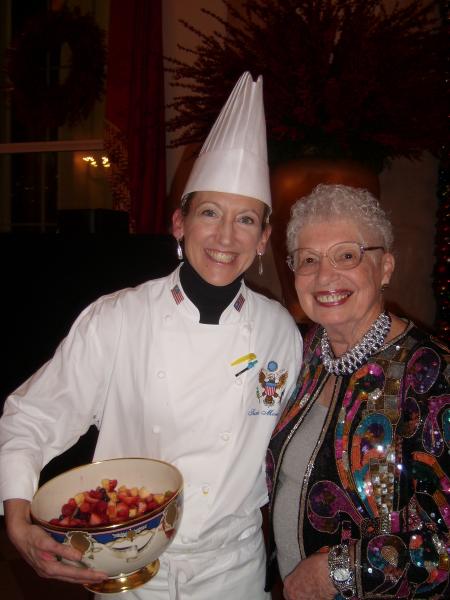 When Rissler returned home, she found she had become somewhat a celebrity after she was featured on this year’s “White House Christmas” on HGTV.

She received a letter from Oklahoma Gov. Mary Fallin, was featured on KOTV’s News on 6, and her story has run in several local and state newspapers and news sites.

All the attention makes her family and friends proud, and Rissler is glad she’s brought some attention to Okmulgee and OSUIT.

“We do need to be proud of our town,” she said, and she’s also had the chance to meet with OSUIT President Bill R. Path. “He’s doing such a good job getting the school on the map.”