Library Now Offering an Easy Way to Power Up

Library Now Offering an Easy Way to Power Up 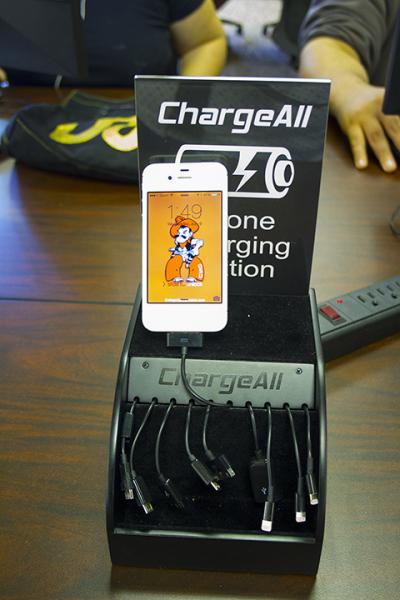 It’s happened to almost everyone. Your cell phone is running at 5 percent and you don’t have a charger.

More and more public places are meeting this need by installing charging stations that can accommodate several devices with different chargers.

“They love that we have them,” said Jenny Duncan, the library’s director. “Right now we only have two out in the library, but I have 10 more waiting to be installed.”

The charging stations in the library advertise that they are compatible for more than 4,000 devices including Android, Apple iPhone and iPad; Blackberry; HTC; LG; Motorola; Nokia; Sony Ericsson; and even Amazon Kindle and Nintendo DS.

“Libraries have evolved to being more than just a place to find information, they’re becoming much more patron-centered rather than traditionally information-centered,” she said.

According to a Pew Research study, 90 percent of American adults, and 98 percent of those 18 to 29 years old, have a cell phone.

A decade ago, only 68 percent of adults in the U.S., had a cell phone.

“Connectivity is essential to today’s learner and providing a service, like charging stations that will accommodate that many people, is what we strive for,” Duncan said.