Looking Back to the Past for OSUIT’s 70th Anniversary

Looking Back to the Past for OSUIT’s 70th Anniversary 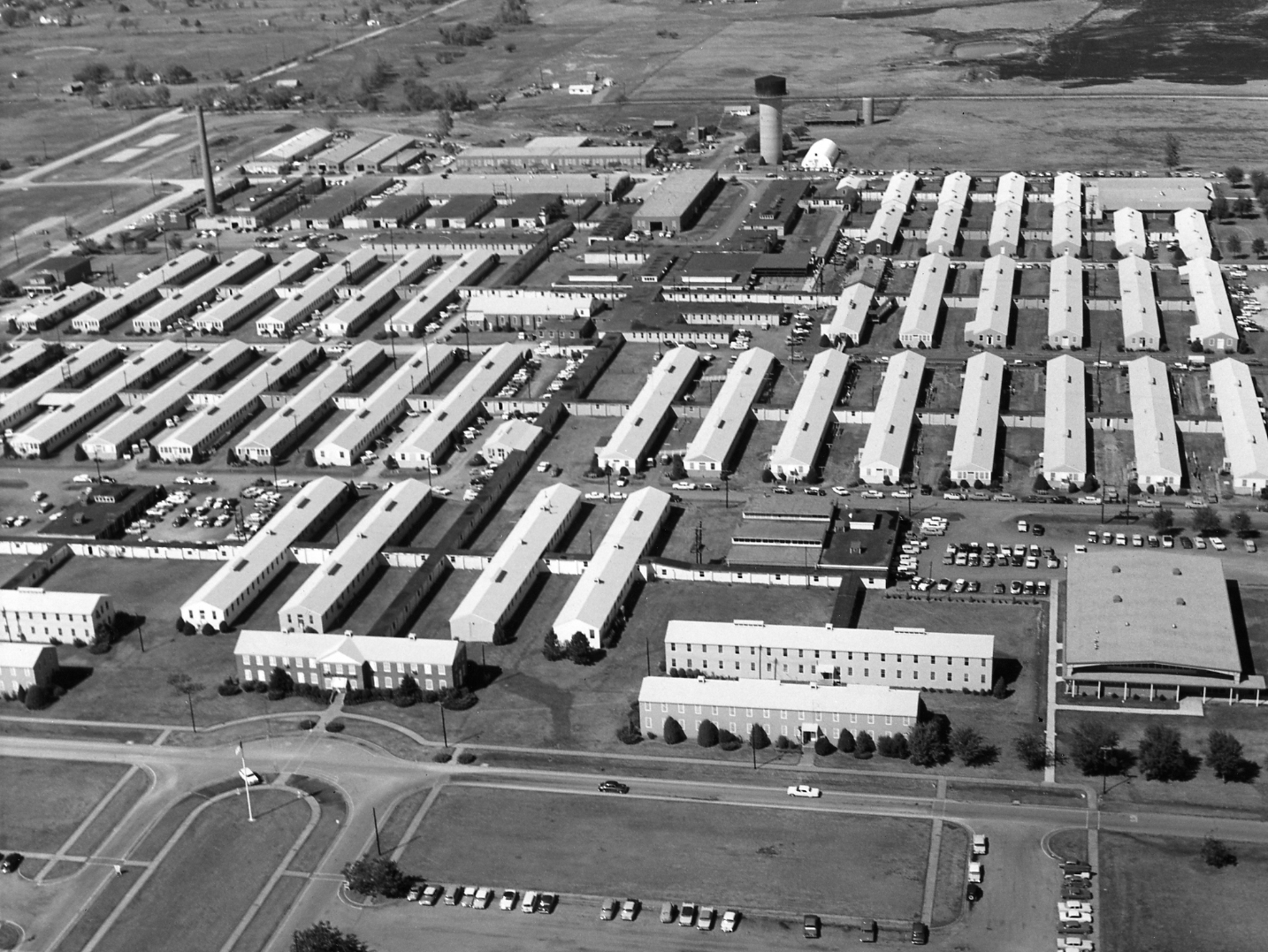 Seventy years ago this month, the Oklahoma A&M College School of Technical Training, what is now known as OSU Institute of Technology, opened its doors to its first students.

But the school wasn’t the first occupants of the 230-acre campus. The first recorded use of the land was for a Creek Nation orphanage that opened in 1892 and closed before statehood in 1906.

It was in private hands until 1943 when the U.S. Army chose the property as the site of the Glennan Military Hospital for U.S. servicemen wounded during World War II.

“After the north African campaigns in World War II, when prisoners of war were sent to Oklahoma, the wounded POWs were sent to Glennan,” said Beth Kieffer, reference librarian and archivist at the OSUIT Library.

“The facility was never a POW camp, or a work camp, it was a hospital,” she said, and by the time the wounded POWs arrived in Okmulgee, most of the U.S. servicemen had moved out.

“From what I’ve heard from older residents, the POW patients were helpful and were hired out to work once they had recovered. Kids would come and talk with them through the fence,” she said.

The hospital remained open until the end of the war in 1945 and the POWs were returned to their home countries.

Oklahoma A&M, now Oklahoma State University, purchased the property for $1 with the intention of turning it into a vocational school for returning veterans so they could learn a skilled trade and better reenter the workforce.

“The barbed wire was taken down and the trenches were filled. They recycled every piece of wood. Nothing was wasted. The construction department used the reclaimed wood and made all the desks, shelves for classrooms, podiums for teachers,” Kieffer said.

“It was heavily military the first few years. The vast majority of those first students were veterans, including a lot of women who had served,” she said. “As soon as people started to learn what kind of education you could get here, the more civilians came and enrolled.”

Although the use of the facility had changed, Kieffer said the university still looked much like it had when it was a military hospital— compete with barracks serving as student housing.

“The 1970s was when you began to lose that barrack look and during the 1980s there was a building boom on campus,” she said, and the only remnants of the 1940s that remain on campus are the water tower and the OSUIT Police Department building. “The building numbers that Physical Plant still uses, that’s from the barracks days.”

While the campus of OSUIT saw many changes in the ’70s and ’80s, so did the town of Okmulgee as its population, and revenue, declined. Despite hardships of the past, OSUIT has remained a positive fixture in Okmulgee and the university is now actively working to help rebuild and reinvigorate the town.

The university is currently restoring and renovating a century-old building complex in downtown Okmulgee and turning it into 75 loft-style apartments for student housing.

Kieffer said it’s important to learn our own history because it directly informs where we come from and where we’re going.

“I love that OSUIT’s history is so varied— from a Creek orphanage, military hospital and university— underlying all of those very different places is the desire to help people,” she said. “I think it’s important to honor the past and the people who have gone before us in an effort to continue the good things that they created and at the same time avoid the mistakes of the past.”

Editor's note: This story is in response to a recent article published in the Daily O'Collegian, the OSU student newspaper in Stillwater. While we are happy OSUIT's history was of interest to the student author, there were several errors and unsubstantiated rumors that were reported as facts. This story was reported in hopes of clearing up any misunderstandings or misconceptions presented in the O'Collegian article.