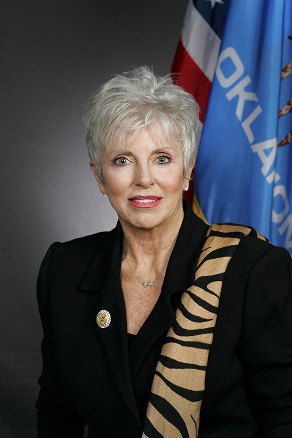 Those attending this year’s Women in Technology event at OSU Institute of Technology will get the chance to hear from retired Major General Rita Aragon, a woman who knows a lot about leading the way for females in a historically male-dominated field.

She’s also the first woman to serve as the Oklahoma Secretary of Military and Veterans’ Affairs, the liaison to the Governor for the state’s military and veteran issues.

“This is a woman who has been blazing some trails,” said Ina Agnew, Vice President of Student Services.

Women in Technology is Friday, Nov. 8, from 10 a.m. to 2 p.m. at the OSU Institute of Technology campus.

The event is aimed at female high school students and women interested in making a change.

“That could be making a career change or thinking about going back to school, but they don’t know what they want to do,” Agnew said. “It’s hands-on activities and demonstrations. There are also industry experts talking about the opportunities in these high technology fields.”

Organizers pair programs that don’t seem to go together so the women get a broader knowledge of the campus and what it offers, Agnew said, even if they don’t think it’s something that would interest them.

“Some say ‘All I want to do is the nursing track, why do I have to go to this other one?’ I can’t tell you how many come back and are excited because it wasn’t anything like they expected. They had this perception, and it completely changed,” she said.

What some attendees don’t realize is that a lot of industries such as engineering technologies, automotive service, and heavy equipment want more women in their fields.

“I think women get intimidated and don’t ask questions when talking about a male-dominated field,” Agnew said, but they should. “A lot of these fields want women. They can move up quickly in a company. Some of these female managers in these traditionally male fields will be here to talk about their experiences.”

Between the two program presentations just after noon, Major General Aragon will speak to the approximately 150 people in attendance about how the role of women in the workplace has changed and continues to evolve.

“The workforce is very different than when I joined the Air Force in 1979. Women’s participation in a male-dominated career field was limited by law to 2 percent of the military population,” Aragon said. “Today there are no limits and most ceilings have been broken for women to become successful all the way to the top of their professions.”

Her presentation will use familiar female icons to motivate the students and women to strive for success in any career and widen their vision.

“It isn’t about heavy lifting, but intellectual capacity and drive to succeed that determines the limits of women’s achievement,” Aragon said.