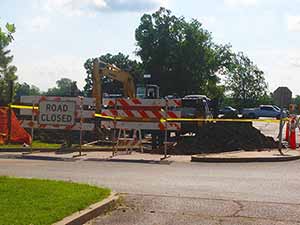 A major water and sewer line project started this week and will intermittently close portions of streets and lanes on the OSU Institute of Technology campus.

“It’s quite a long project. It’s slow-going work,” Pitcher said. “This is a pretty big deal.”

The first phase of the project, which started this week, is sewer line replacement at the intersection of Covelle and Wayne Miller drives.

The project has been contracted out and is funded by the Regents for Higher Education Master Lease Program.

“Eighty percent of the water main lines that have been here since 1942 are being replaced,” Pitcher said. “It’s been sorely needed over the last few years.” 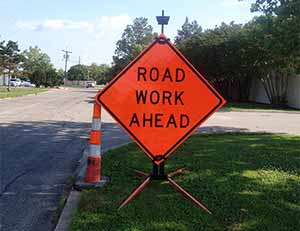 While there will be street closures periodically during the project, crews will try to keep access as open as possible.

“They understand we have tours going on and classes happening so they’ll make it as safe as possible,” he said.

While there may be the occasional inconvenience, there are several benefits to the project, including water meters in every building so physical plant staff will have a good measure of where water is going.

“We won’t experience the number of water main breaks, water will be clearer,” Pitcher said. “The water quality will improve.”