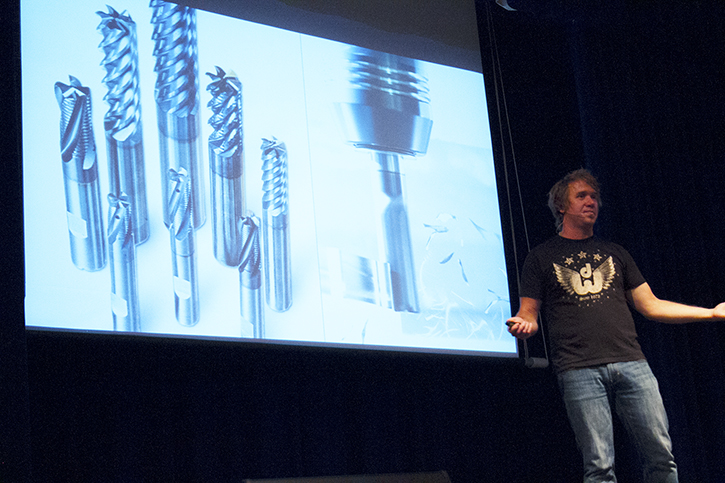 PRYOR— Success means different things to different people, and it doesn’t always come with a four-year degree. For Jeremy Bout, keynote speaker at this year’s Elevate Youth Summit, it’s less about what you have and more about what you do.

“Success is when you use your head and your hands, and you do something,” said Bout, host and Executive Producer of web series Edge Factor, which features makers and manufacturers from across the country. “Success is what you do with what you’ve been given.”

More than 200 teens and young adults ages 16 to 21 attended the Elevate Youth Summit June 9 on the Pryor High School campus. This year’s summit focused on manufacturing and the variety of career options available in that industry.

Bout spoke about the skills gap that exists in the manufacturing industry. Companies can’t find enough workers with the right training and skills to operate at the highest levels.

“Workforce development is a much bigger topic than just talking to kids about what’s out there,” he said, it includes getting information to parents, teachers and community leaders. “The biggest challenge facing manufacturing is that it doesn’t come up when people are talking to students about their futures. It’s not even in the picture.”

One of the goals of this year’s Elevate Youth Summit was to get manufacturing, and the vast array of careers available in the industry, on students’ radar. During his presentation, Bout showcased how manufacturing touches a variety of areas including automotive, engineering, aerospace, prosthetics, space exploration, even the music industry.

"There seemed to be a high level of interest generated in these kinds of job, which was our goal," said Scott Fry, director of workforce development at MidAmerica Industrial Park. "We've had a lot of positive feedback from participants, exhibitors, speakers and sponsors."

This was the first time the summit has taken place in Pryor and the team of volunteers and organizers had to make some last minute adjustments the morning of the event, Fry said.

"If you were a participant, you would never have known it," he said. "The team came together and made the adjustments smoothly."

OSU Institute of Technology Advanced Training Center at MidAmerica Industrial Park is one of several partners in the Northeast Oklahoma Workforce Investment Board that worked together to organize this year’s summit. Other organizations that took part in the event included Workforce Oklahoma, Thunderbird Youth Academy, Rogers State University, Northeast Technology Center and several area high schools. 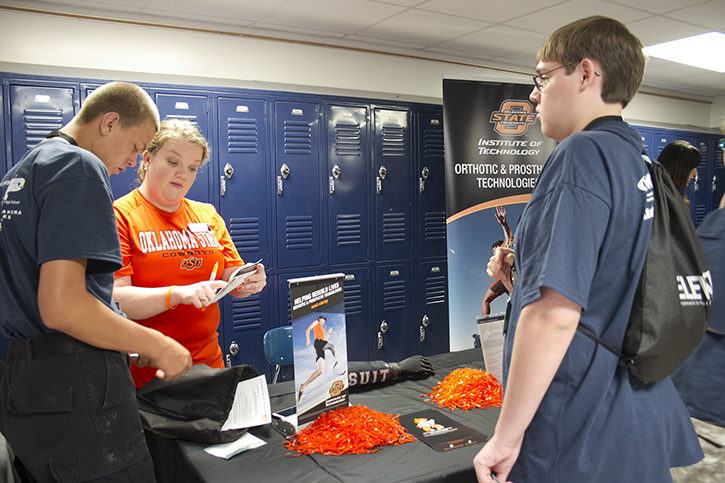 Participants also attended two of the eight manufacturing career panels offered during the day including Information Technology and Networking; Engineering; Production; Professional and Administrative; Metal Works & Machining; Environmental Health and Safety; Quality; and Maintenance, as well as a session on career readiness.

Shayla Taylor, who graduated from Catoosa High School and is now enrolled in Talking Leaves Jobs Corps., said a career in manufacturing had never occurred to her before she attended some of the career panels.

“It had never crossed my mind. I had been thinking about nursing because that’s where you hear the jobs are, but after hearing this, this sounds like it has even more job opportunities,” said Taylor. “If companies want more diversity and more women on their payroll, they just have to teach me. The more hands-on, the more I’ll understand what I’m doing.”

Caleb Hendrickson will be a senior at Foyil High School in the fall and attended the summit to learn more about his options after he graduates.

“The speaker this morning, Jeremy Bout, motivated me. I thought manufacturing was just making products,” Hendrickson said. “I didn’t realize how much was out there in terms of manufacturing. I got a lot of good information from the vendors. It’s made me think about pursuing a career in some of these areas.”

Bout said with technology advancing at such a rapid pace, manufacturing should be a career that’s more in demand among young people. 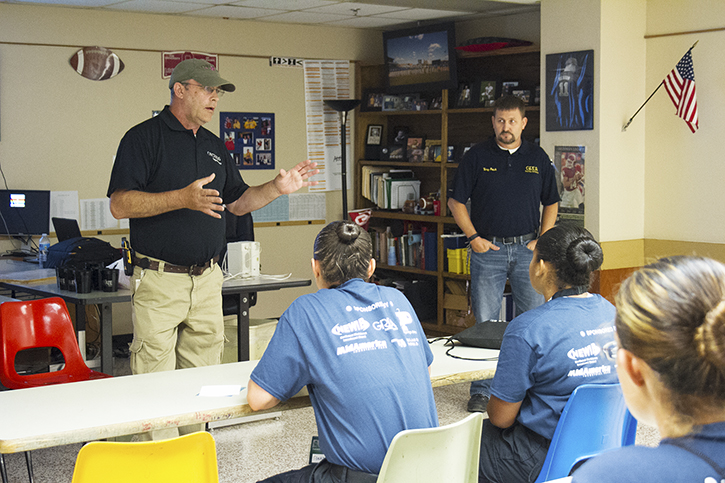 “You settle for manufacturing and that’s how most people view it, but people should be pursuing it. There has never been a more exciting time to be in manufacturing,” he said. “People might think of it as dirty and laboring, but that’s now the work of robots. You get to innovate new ways to program those robots.”

For the participants, the event was a chance to learn something new and possibly find their future career.

“Seeing those students enjoying themselves and and that they got something out of the day was a highlight for me," said Tonya Backward, workforce development coordinator at MidAmerica Industrial Park. "There's a feeling of satisfaction that what we wanted to happen, happened. All of our hard work and efforts paid off.”