Nursing students are ready for their next chapter

Nursing students are ready for their next chapter 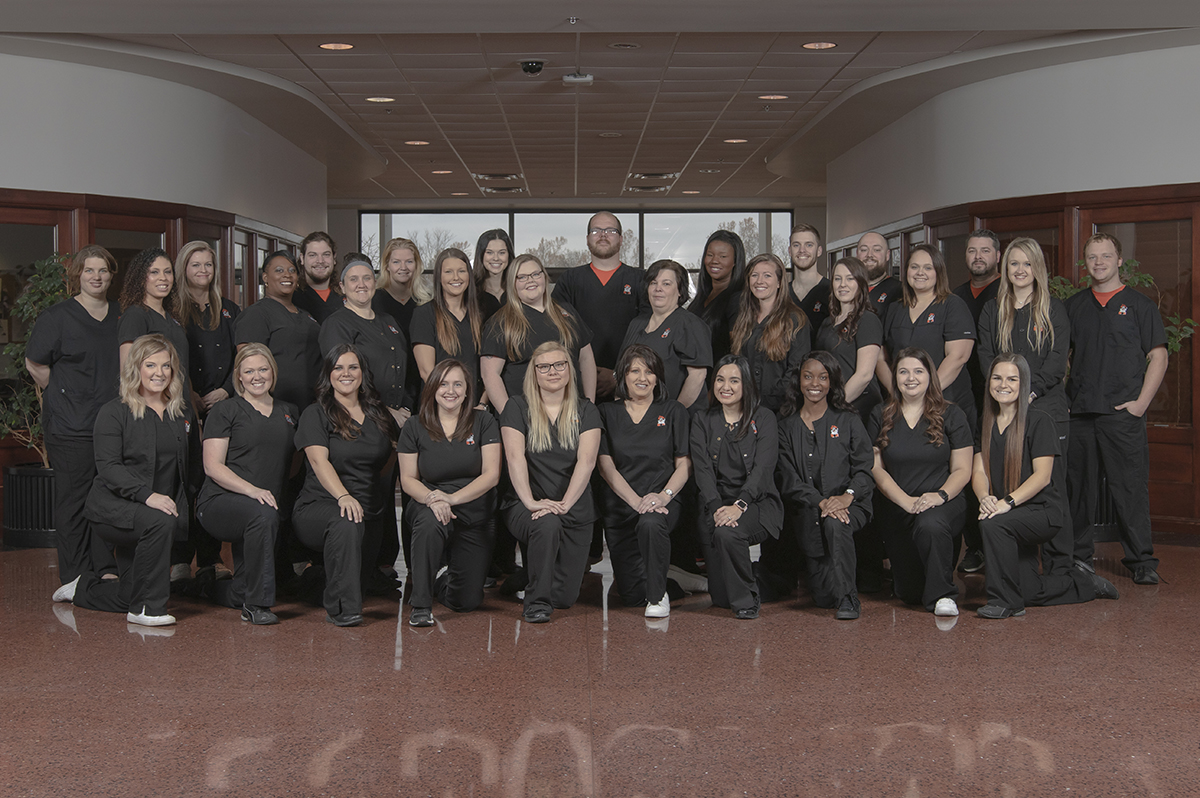 OSUIT School of Nursing & Health Sciences graduates will celebrate their two-year journey through the university’s rigorous Nursing program during a pinning ceremony at 10 a.m. in Covelle Hall on Dec. 14.

Pinning ceremonies are a nursing school tradition that date back to the 19th century. Florence Nightingale, the founder of modern nursing, started the tradition over 150 years ago by presenting graduates of the nursing school she founded with a medal or symbolic “badge of courage.”

“It’s been a long time coming,” said Nursing student Blake Miller, who looks at the pinning ceremony as a final, emotional goodbye before starting his career. “It’s like two years of nursing school bottled up, and you release it.

“I’m ready for something different, something other than school,” Miller said.

Jodi Campbell, Nursing instructor, still has her pin and wears it to every pinning ceremony.

“I remember being very thankful to be finished with school and to be moving forward in my life and in my career,” Campbell said. “Pinning was for me, like it is for many of these students, an incredibly emotional moment where you take the time to celebrate and acknowledge this tremendous accomplishment. It's also so meaningful to have your family and friends there with you as no one gets through this alone.

While the students are celebrating this accomplishment, there’s also a bit of nervousness in the mix as well.

“When we’re done we’ll have people’s lives in our hands,” Ike said, and they won’t have each other. “We spent a lot of time together. We’ll definitely miss everybody.”

The pinning ceremony can be emotional for the faculty as well as the graduates and their families.

Dr. Jana Martin, dean of the School of Nursing & Health Sciences, said despite attending countless pinning ceremonies, she still brings tissues to every one.

Watching and participating in the pinning ceremony is also rewarding for the instructors, Campbell said.

“To see these men and women who have worked so hard and grown so much both as future nurses and human beings walk across that stage is a moment of celebration for us as well. We have seen them laugh and cry and struggle and sometimes fail, but get back up and keep going anyway,” she said. “It's a poignant moment when we welcome them into this profession we love and value. It's also a little bittersweet because we've grown to really love them over the course of their time with us, and they grow up and leave us.”

The part of the ceremony with the biggest emotional punch is the thank you remarks written by each student.

“I’ve written mine about 17 times in my head,” said Nursing student Rachel Carroll.

Read aloud by their instructors while being pinned, the remarks give the students a chance to thank their family, friends and instructors who supported and helped them reach their goal.

“The instructors have been super approachable. They’re there if we have a question or just need to cry,” Ike said.