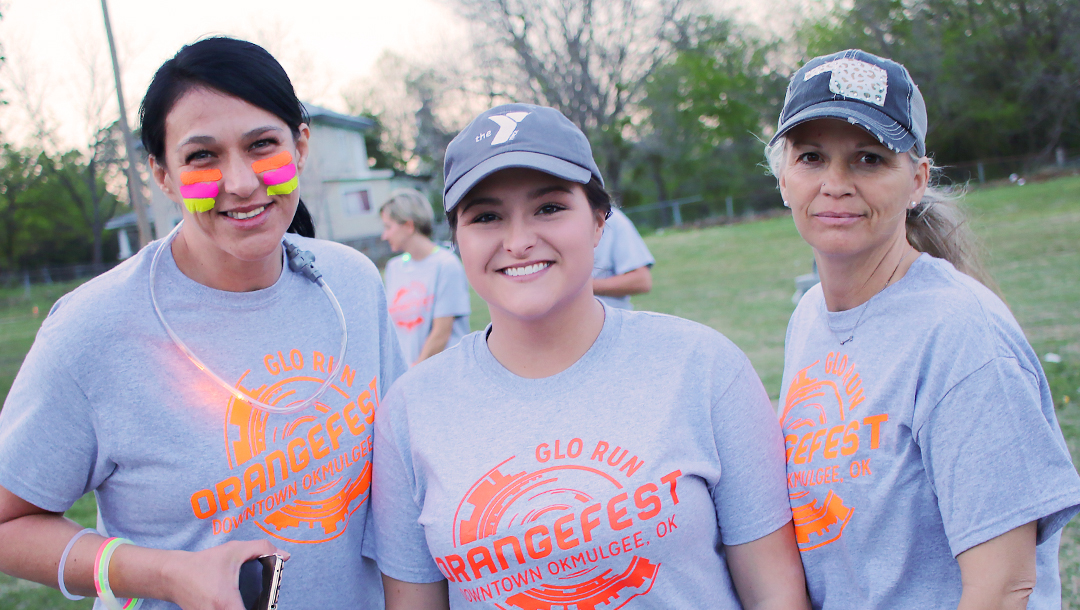 This family-friendly race will begin and end near the Creek Council House Square right in the middle of the action of OrangeFest. All ages and abilities are encouraged to participate in this non-timed run.

Registration is $20 for the public and $15 for OSU Institute of Technology students. Run packets include a Glo Run shirt and glow stick, while supplies last.

New this year, participants can now register and pay online at osuit.edu/orangefest. Paper registrations are accepted in person at Okmulgee Mainstreet, Okmulgee YMCA, at Covelle Hall on the OSUIT campus or the day of the event at the registration tent.

“We haven’t offered sponsored runners in the past but with the amount of increase in usage that we have seen in Covelle Hall I thought it’d be nice to offer this opportunity to our students,” said Kamie Rash, director of Student Life. “Student Life is all about getting students involved and engaged, so what better way to do that for OrangeFest than sponsoring some students for the Glo Run?”

Rash said sponsored running spots are still open. Students can register to be a sponsored runner by visiting the Office of Student Life in Covelle Hall.

Glo Run participants can check in at 7:30 p.m. and line up at 7:45 p.m. at the starting line at 7th Street and Morton Avenue. At 8 p.m., the runners will proceed along the marked route through downtown, which will pass by each of Okmulgee's celebrated outdoor murals. Runners will then turn north on Seminole Avenue toward Hawthorne Park, loop around the park, and return south on Seminole toward downtown. The finish line will be just past the historic Orpheum Theatre on East 7th where it intersects with Morton Avenue.

As always, there will be awards for the first-place male and female, as well as our “glowiest” winners for male, female and child.

For more information on the Glo Run 5K including route map and registration form, go to osuit.edu/orangefest.