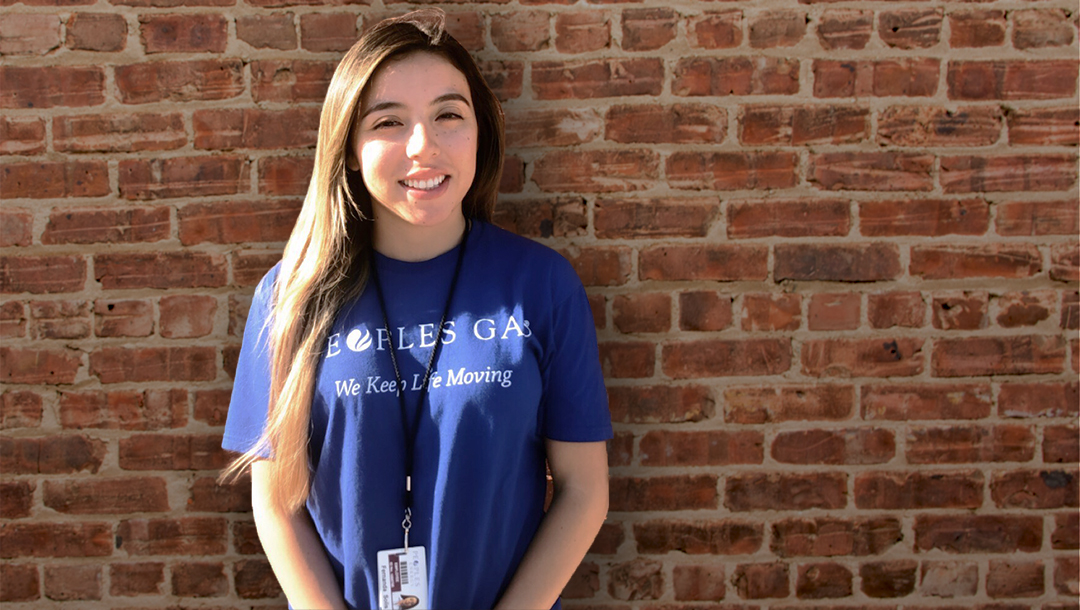 OSU Institute of Technology alumna Fernanda Solis credits her training at OSUIT to her success and job placement as a pipeline integrity technician at People’s Gas in Chicago, Illinois.

Originally from Chicago, Solis moved to Okmulgee to attend OSUIT. She graduated in 2016 with an Associate in Applied Science in Pipeline Integrity Technology.

She said she first heard about OSUIT when she was finishing her first year of community college and did not have a clear vision for her career path. “The Pipeline Integrity Technology program was featured in the Pipeline & Gas Journal at my dad’s job and he suggested I look into it,” said Solis.

Solis’ father works in the oil and gas industry and had reached out to OSUIT Pipeline Integrity Technology Instructor, Joe Bartlett, for more information about the new program and a potential collaboration with his company. After discussing program details, Solis’ father inquired about acceptance requirements for the program.

“He had a daughter who he thought might be interested in applying,” said Bartlett. “I told him we would be happy to have her enrolled in the program and he relayed the information to Fernanda.”

Solis was one of two females in the second cohort of the program. Since then, the program has gained attention from other females interested in the industry and has graduated eight females, which makes up roughly 15 percent of the graduates from the program.

Bartlett said the more time she spent here, the more independent she became. “She really stood out from the beginning,” he said. “Her second year she was one of the top students and one of the more respected students in the program.”

“I was fortunate receive the scholarship,” said Solid. “I was very grateful to see that trade associations in the pipeline industry, like GPA/GPSA, are supporting the program and helped the students with not only scholarships but with a renovated classroom and teaching tools.”

Solis said what she valued most about her education at OSUIT was the hands-on learning from instructors with field experience who came from the industry and the internship opportunity.

Her internship took place in Wisconsin working on quality assurance and control on equipment for a large pipeline company.

“Her boss relayed to me that Fernanda had identified a weakness in the test results for one of the pieces of equipment used on all of the skids,” said Bartlett.” This type of weakness would have caused an extreme amount of rework if it had not been identified while it was still in the yard.”

That experience along with her education from OSUIT led Solis to be employed as the pipeline integrity technician for People’s Gas. Her responsibilities include conducting the pre-assessment, indirect-assessment and direct-assessment portion of the External Corrosion Defect Assessment (ECDA) process for the high-pressure pipelines in the city.

“I think my training at OSUIT made me stand out at my interview because I already had an understanding and knowledge of what my job responsibilities would entail,” said Solis. “I also think my employer thought I was a good fit given that the Pipeline Integrity Technology program is such a unique and industry focused program.”

“She has left a lasting impression on industry partners,” said Bartlett. “They still ask how she is doing to this day.”