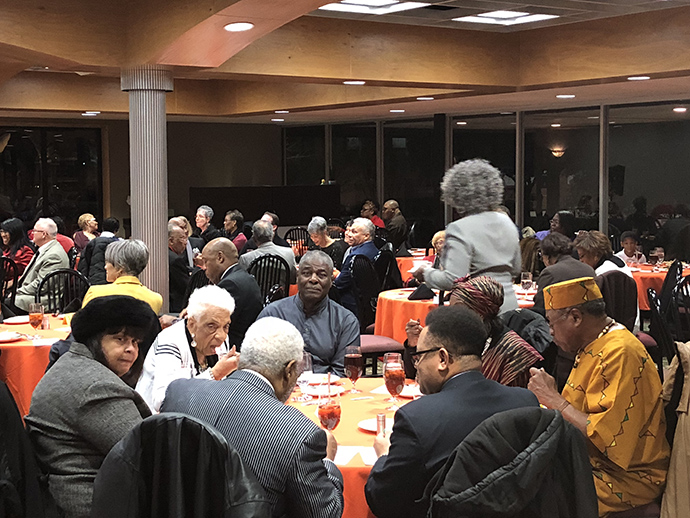 This was the second consecutive year OSUIT hosted the banquet. More than 100 people attended the banquet this year with proceeds from ticket sales going into a scholarship fund for Okmulgee County students.

Ware said he chose to highlight foods from Africa simply because of heritage and history.

“The majority of the people that have attended this banquet are African American and in knowing that, I wanted to pay homage to the heritage and culture of the people in attendance,” he said.

And the meal also came with a short lesson from Ware, who introduced the menu and explained where the dishes came from.

“I wanted to make sure all in attendance had a brief history lesson on the spices, techniques and aromas of the food from this continent,” he said. “This was done to educate not only African Americans, but other cultures of people. What better way to bring everyone together at one table and one time to partake in a meal and break bread together in one place and do what Martin Luther King envisioned— that one day, all of God’s children would be able to sit at the table with one another.”

The theme of this year’s Martin Luther King Jr. weekend was Color of Unity. That can mean a lot of things to a lot of people, but for Todd, he said it describes his family.

“Our nation is made up of all kinds of people. Even though we have our differences, and we are fighting against each other, we’re still bound by unity,” he said. “What is the color of unity? When you ask yourself that question, it makes you think outside the box.

“For Martin Luther King Jr., the answer is actually in his ‘I Have A Dream’ speech. He wants us to hold hands and walk together.”