OSUIT Hosts Cookout for Veterans and Their Families

OSUIT Hosts Cookout for Veterans and Their Families 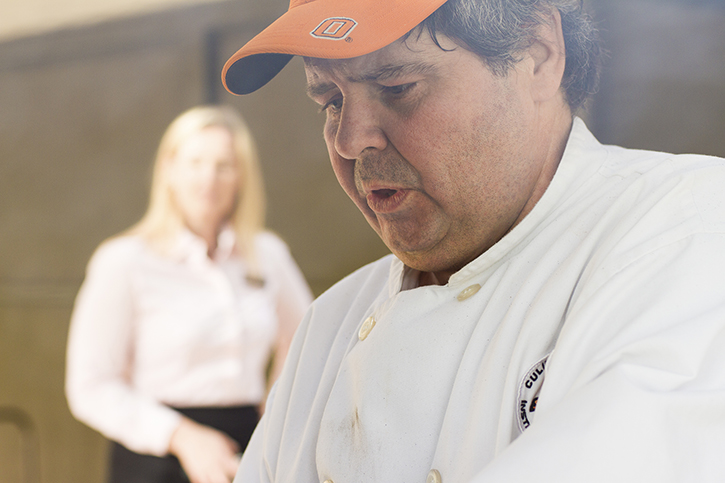 Wearing his uniform, Curtis Anderson faced the heat of the fire for his friend. Anderson, a culinary student, was in charge of the grill during a picnic and cookout for the veterans on the OSU Institute of Technology campus.

Anderson isn’t a veteran, and the uniform he wore was his chef’s coat, but his friend and roommate, Clayton Bush, is and he’s the reason he volunteered to cook for the picnic.

“Clayton and I have been roommates since I started here,” Anderson said, so helping out with the cookout was his way of saying thank you.

In fact, that was the whole reason behind the event, just a small way to say thank you to the veterans and their families and a chance for them all to get together in an atmosphere of fellowship.

Bush served in the Army from 2002 to 2004 and was deployed to Iraq for a year as a medic. He came to OSUIT in 2011 first looking to go into the High Voltage program, but changed to Power Plant Technology, but finally settled in the Electrical Construction Technology program.

He was one of the first members of the OSUIT’s Student Veterans Association serving as its vice president.

“Each one of us has our own individual backgrounds, and to be able to come together and share our stories is necessary,” he said. “To have that support system is important to us.”

One of the goals of hosting the picnic was to bring together not only members of the SVA, but also instructors and staff members who are veterans as well as veterans from the community. 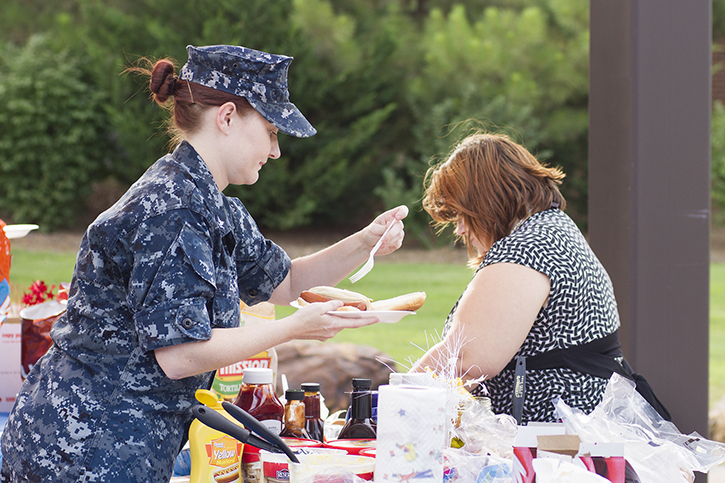 The SVA and the Okmulgee VFW Post 1189 sponsored the picnic and supplied the food.

Chenoa Worthington, assistant registrar and former veterans affairs coordinator, said she hopes to get veterans community organizations like the VFW more involved with the veterans on campus.

For a first time event, the turnout was good, and Sommer Farrimond, veterans affairs and scholarship coordinator, said she hopes to make it an annual event.

“I think the students really appreciated it and stayed for a long time telling stories and laughing hysterically,” Farrimond said. “The weather couldn’t have been more perfect for a night in July.”