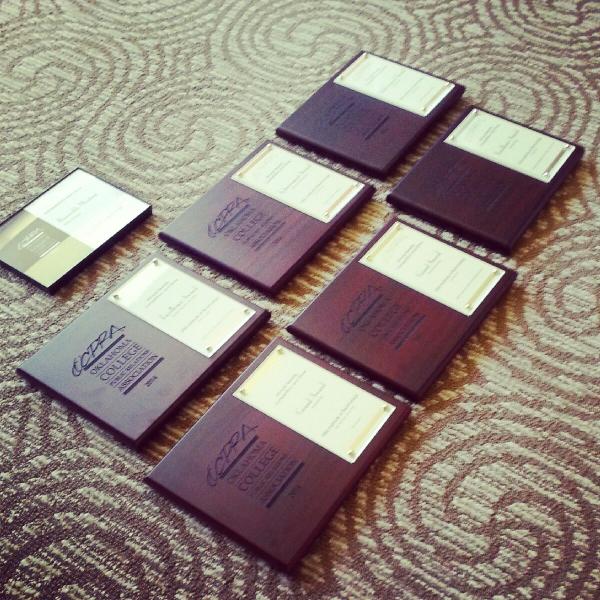 “It was truly gratifying to sit in a room with our peers and hear our name announced repeatedly,” said Shari Erwin, director of Marketing and Communications. “I’m so proud of what our team has done this last year in promoting and positioning the university. There may be individual names on those plaques, but each of those winning projects was truly a team effort.”

Kim Woodard, graphic designer, won first place for a brochure highlighting the School of Watchmaking ; second place in the Square Peg category for her design of a USB key in the shape of a tractor for SouthWestern Association’s new classroom and lab space dedication; and third place for designing the Super Saturday passport.

The seven awards are the most ever won by OSUIT at an OCPRA conference.

And the university’s entries faced some stiff competition.

Colleges and universities submitted more than 700 entries in nearly 40 categories at this year’s contest, a record for the organization.

“I enjoyed seeing representatives from so many of our institutions throughout the state win awards— big, small, public and private,” Nobles said. “From a record pool of 704 entries, communicators at our Oklahoma institutions of higher learning should feel confident in the quality of work produced at every corner of our state. It’s an honor for us to celebrate this work alongside our colleagues.”