OSUIT Named a Most Promising Place to Work by NISOD, Diverse Magazine

OSUIT Named a Most Promising Place to Work by NISOD, Diverse Magazine 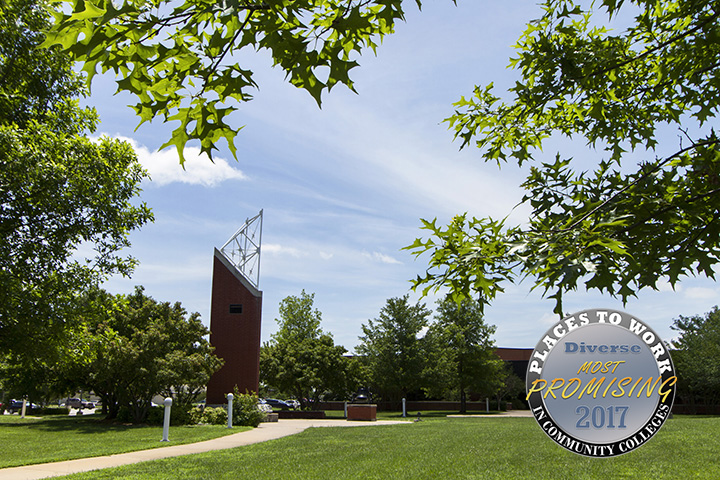 For the second consecutive year, the National Institute for Staff & Organizational Development (NISOD) and Diverse: Issues in Higher Education magazine has named OSU Institute of Technology one of Most Promising Places to Work in Community Colleges.

The designation honors two-year community and technical colleges for their commitment to workplace diversity, equitable staffing practices, and supportive work environments. This is the third year for the study that highlights eleven NISOD member institutions across the country.

“What an honor and privilege to once again be recognized for our continued efforts at making OSUIT a university that reflects the cultural diversity of not only our state, but our nation and world as well,” said Bill R. Path, president of OSUIT. “Earning this recognition doesn’t mean our work is over. We must continually strive to make our institution a workplace that celebrates diversity so that we set the best example for our students.”

“We are proud to honor these colleges for their sustained commitment to diversity,” said Edward Leach, NISOD’s executive director. “We are also pleased about the increased number of applications this year. It shows that more colleges appreciate how critical diversity and inclusion initiatives are to their campuses and communities.”

The collaborative initiative between NISOD and Diverse consists of a national study conducted by the Center for Higher Education Enterprise (CHEE) at The Ohio State University, under the leadership of Dr. Terrell L. Strayhorn. The national study employs a web-based survey approach to elicit information from NISOD member institutions. A multipart, weighted algorithm was used to classify the responding institutions in the final phase of analysis.

Full results from the national study were presented in the May 18th edition of Diverse magazine. The institutions named as 2017 Most Promising Places to Work in Community Colleges were recognized at NISOD’s 2017 International Conference on Teaching and Leadership Excellence in Austin, Texas, in May.