OSUIT PD Tracks Down Owner of Stolen Vehicle After 19 Years

OSUIT PD Tracks Down Owner of Stolen Vehicle After 19 Years 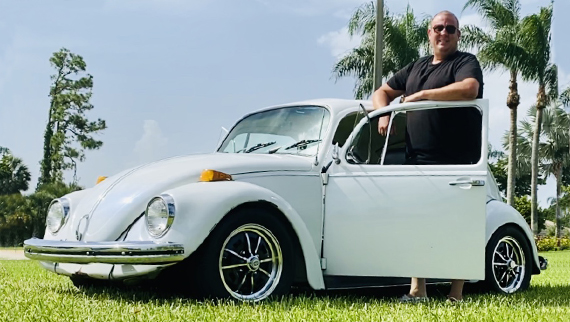 In a lucky turn of events, a 1970 Volkswagen Beetle has been reunited with its owner, after having been reported stolen more than 19 years ago, thanks to the OSU Institute of Technology Campus Police Department's help.

Earlier this year, OSUIT PD was contacted by a detective with the Berkeley County Sheriff's Office in South Carolina. The detective stated that during a routine law enforcement inspection for new vehicle registration and tagging in the state, the vehicle came back as stolen.

"The detective provided us the name of the original owner who reported the vehicle as stolen, Robert Tolliver," said OSUIT Police Chief Matt Wooliver. "We didn't know whether Tolliver was a former student or employee."

Wooliver was unable to find any information on Tolliver while searching through student and employee records. He began to dig into the older departmental records, which took several days digging through dusty boxes by hand. Although unable to find the original report, he was able to find some documentation that Tolliver indeed did live on campus back in 2001 and had filed a report on April 26, 2001.

The only information Wooliver was able to find on Tolliver was an outdated Tulsa address. He reached back out to the South Carolina Sheriff's office and sent a letter stating the original report or owner could not be located. This allowed the person who had possession of the vehicle to keep it and move forward with the titling and registration process.

"The biggest issue I had with this was that I just kept thinking to myself, 'If I had my vehicle stolen, I would want it back regardless of how much time had passed,'" said Wooliver.

He was determined to find Tolliver and uncover the story of this stolen vehicle. OSUIT PD used an exclusive subscription database through the local district attorney's office. The database gave the department a potential current phone number for Tolliver that had an 86% probability of being a correct and current phone number.

Wooliver called the number, introduced himself and confirmed he was speaking to the correct Robert Tolliver and inquired about the report filed.

"I informed Mr. Tolliver that I believed that his 1970 Volkswagen Beetle had been recovered in South Carolina," said Wooliver. "He was understandably shocked. He uttered a few words and started laughing asking me over and over 'are you serious?' and 'No way!'" 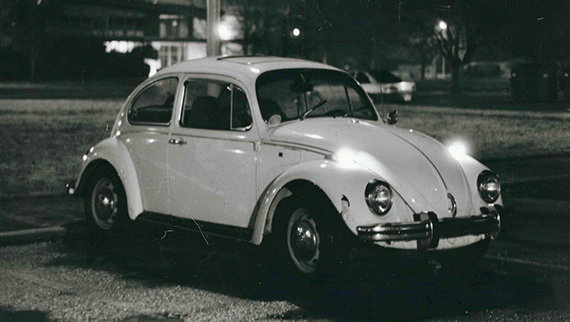 Tolliver, who now lives in Florida, was ecstatic when he received the phone call from Chief Wooliver. He assumed that as with many classic cars, it would have been stripped down and sold for parts. Wooliver gave him contact information for the South Carolina Sheriff's department to retrieve the vehicle.

"I truly thought I would never see it again," said Tolliver. "But 19 years later, I have that same, now 50 years old, classic 1970 Volkswagen Beetle in my garage. It runs great and doesn't look a day older than it did nearly 20 years ago. I've made a few updates; it still needs a little TLC, but overall it's in fantastic shape, and I am enthralled about having it back!"

At the time of the incident, Tolliver lived in family housing on campus with his wife, who was attending the OSUIT Photography program, and young daughter.

"I was trying to sell the vehicle, and without Craigslist and other online resources that are available now, I simply put a 'for sale' sign in the window," said Tolliver.

A man showed interest in purchasing the vehicle and came to view it several times. Tolliver stated that the man finally agreed to buy the car, and he agreed to take a check for payment.

When Tolliver went to cash the check at the bank the next day, the bank stated that the check could not be cashed due to the account being closed. An investigation was conducted back in 2001 but was never solved.

"I'm really proud of Chief Matt Wooliver, who worked hard to track me down 19 years after the fact," said Tolliver. "Chief Wooliver advised me that as soon as he learned the vehicle had been located in South Carolina, he made a meaningful mission to find the rightful owner. He certainly did, and he did a great job!"

"I want to say that this is one of the most rewarding cases I have worked in my 12 plus years at the OSUIT campus police department," said Wooliver. "It feels great to reunite someone with a sentimental piece of personal property missing for so long."

Wooliver said that the OSUIT campus police would work as hard as possible to close any old or cold cases they have.