OSUIT Police Officer Remembered for His Dedication to His Alma Mater

OSUIT Police Officer Remembered for His Dedication to His Alma Mater 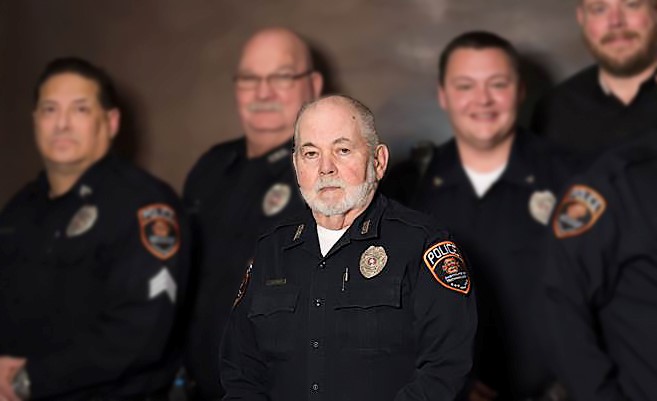 For over 30 years, if anyone ever had needed help after midnight on the OSU Institute of Technology campus, Officer Robert Coleman was the man to help.

This was Coleman’s 35th year of working for the OSUIT Police Department. He died Friday, Jan. 6, at his home in Henryetta at the age of 74.

Despite his seniority, Coleman, known to most as Bob, always worked the midnight shift at the police station.

“When I started in 2008, I was hired to work the midnight shift, and Bob Coleman was my first partner at OSUIT and really helped show me the ropes,” said OSUIT Police Chief Matt Wooliver.

And it takes a certain type of person to work those kinds of hours for three decades.

“Working the midnight shift is almost like working at a different institution. The campus looks much different at night, and the call volume is lower, but when a call does come in on the midnight shift, there is a higher chance of the call being serious,” Wooliver said.

Before joining the OSUIT Police Department, Coleman, who was born in Kansas and graduated from Vinita High School, joined the U.S. Navy in 1961. After that, he worked for an aircraft plant in Coffeyville, Kansas until 1970.

It was then when he first came to OSUIT and graduated from the Air Conditioning & Refrigeration program and worked for several years in the repair service of Montgomery-Ward before returning to OSUIT as a police officer.

“Bob started out in the U.S. Navy after high school, and I think that he liked that type of routine and regiment and found that in his career here at OSUIT,” Wooliver said.

“Bob knew every building number by heart. He was a wealth of knowledge, especially when it came to historical events on campus. Bob never met a stranger, and he truly loved serving students and the faculty and staff at OSUIT.”

Coleman also had a passion for motorcycles.

“I will always remember seeing Bob on his motorcycle. He was an avid motorcycle rider and owned multiple Harley Davidsons,” Wooliver said.

Funeral services for Coleman will be held Thursday, Jan. 12, at 10 a.m., at the McClendon-Winters Funeral Home Chapel, 303 E. 7th St., followed by an internment at the Okmulgee Cemetery.