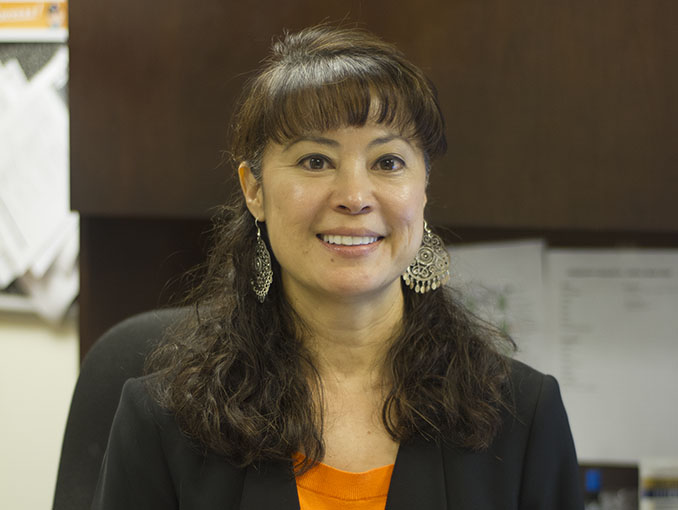 Dr. Ina Agnew, vice president of Student Services, will talk about where the U.S. has been and where it is now in relation to Dr. Martin Luther King Jr.’s “I Have a Dream” speech at a scholarship banquet Saturday.

Agnew is the keynote speaker at the Martin Luther King Jr. Commemorative Committee’s annual banquet held this year on Saturday, Jan. 16 at 6 p.m., at the Okmulgee Middle School, 1421 E. Martin Luther King Dr. Tickets are $20, and the money raised goes into a scholarship fund for Okmulgee High School students.

Agnew was asked to take part at this year’s banquet after speaking to Mt. Zion Baptist Church last year.

“I was excited to accept because education and scholarships are important to me, professionally and personally,” she said.

Rae Ann Wilson, the committee’s chairwoman, said the group invites people to serve as the keynote speaker who will deliver a message that honors King’s legacy.

“We knew with Dr. Agnew’s standing on campus and her community involvement she would draw people to the event,” Wilson said. “We knew she would bring a message the community would be proud to receive.”

Agnew admits she struggled with what she was going to say when she first began planning her address.

“My husband said ‘Just reread Dr. King’s I Have a Dream speech and talk about where we are 70 years later,’” she said. “My presentation is a progress report of race relations to Dr. Martin Luther King Jr.”

Agnew said she had mixed emotions as she researched the topic and started writing her speech.

“There are a lot of exciting things that have taken place, there are a lot of people who have seen their lives improve, yet we’ve had some major steps back as well,” she said. “The players have changed, but the issues have not.”

The theme of the banquet is “One Race, the Human Race,” and Agnew said she hopes her words resonate with that theme and that by taking part in this important event, she demonstrates OSUIT’s commitment to the community.

“We are the best institution for workforce development in the state,” she said. “I love telling people about OSUIT. I am OSUIT.”