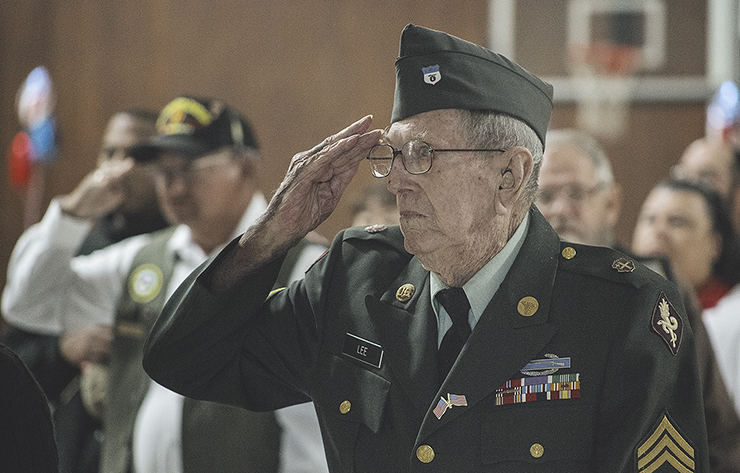 Long before becoming a college campus, a rich military heritage was imbued upon the acreage in Okmulgee, Oklahoma where OSU Institute of Technology now stands.

The campus, having served as a military hospital for those who fought in World War II, became the property of Oklahoma State University in 1946 to establish a technical and vocational school for veterans re-entering the workforce.

A lot has changed in nearly 70 years since the university was founded; yet OSUIT’s commitment to assisting and training veterans for the civilian workforce has never wavered.

The applied technology environment at OSUIT is a perfect fit for many veterans who enjoy hands-on learning and hands-on work.

For the third year in a row, OSUIT was named a Military Friendly® School, and is one of only four colleges and universities in Oklahoma to have multiple Certified Veterans Service Providers.

In addition to a variety of on-campus veterans services and a Student Veterans Association chapter, OSUIT launched a Military Crosswalk, an online feature that assesses a veteran’s military experience and suggests possible programs of study offered at the university that best align with those skills that veteran has already learned.

“As part of our heritage and culture, it’s important for the students and staff to recognize and honor all past and present veterans and their families,” said Chenoa Worthington, assistant registrar. “Our veterans have and continue to stand guard, pursue our enemies and brave danger to protect our freedom. They have given their lives to our country to protect, not only their families, but each and every one of our families.”

Hosting Veterans Day events is another way for the university to show its gratitude for the service and sacrifice of veterans and active military members.

The Veterans Day Parade kicks off at 10 a.m., on Nov. 11 with several OSUIT programs and student groups participating as well as organizations and military veterans from the community. 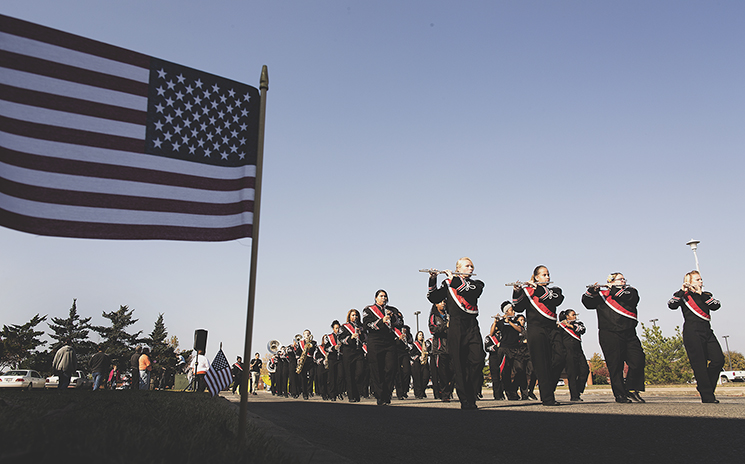 Worthington said all veterans are invited to participate and ride in the parade in vehicles provided by OSUIT.

“We have many veterans, including students, staff and members of the community that look forward to participating in the parade each year.”

After the parade is a flag ceremony with remarks from President Bill R. Path in the Donald W. Reynolds Technology Center Pavilion. After the flag ceremony will be the dedication of the new Veterans Memorial monument followed by a reception with refreshments back in the Reynolds Center.