Power Plant Technologies Student Helps Save a Life While on Internship

Power Plant Technologies Student Helps Save a Life While on Internship 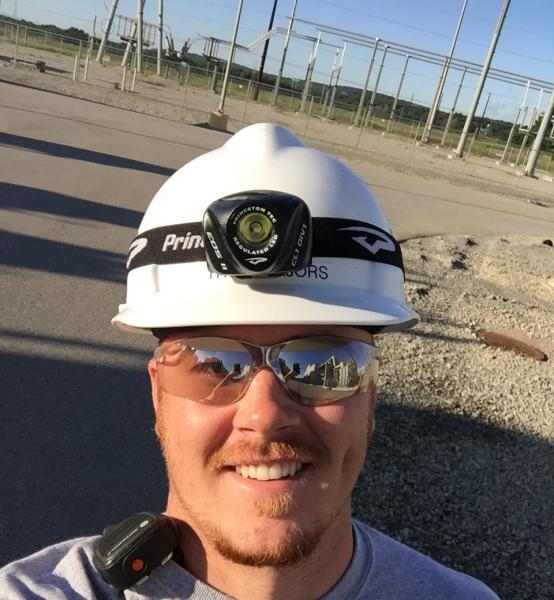 Power Plant Technologies student Ryan Majors encountered something during his internship that few have experienced or would want to.

Majors is completing his internship at Siemens Chouteau Power Plant at MidAmerica Industrial Park. On July 21, he and a coworker he was paired with were alone in the breakroom during lunch when his coworker suffered a massive heart attack.

“He dropped his phone and his eyes rolled back into his head,” Majors said. “I thought he was having a seizure. I called over the radio for help and held his head until someone else got there. He died right there.”

Five more employees arrived who were trained in CPR who started chest compressions and hooking the man up to the automated external defibrillator. Majors took turns performing CPR with the other employees.

“We felt a pulse, and then the EMTs got there,” he said. “They transported him in a helicopter to a hospital in Tulsa. He’s still alive, but hasn’t woken up yet.”

Majors said the plant manager does safety drills for scenarios like this regularly.

“When I called over the radio, the guys said I sounded so calm that they first thought it was a drill,” he said, but despite his calm demeanor it was a scary situation that shook him up. “I was in shock the first day afterwards.”

Terry Hanzel, Power Plant Technologies instructor, said he reached out to Majors to make sure he was doing okay and let him talk through the event and his emotions.

“Ryan handled the situation the way he has been taught: first, communicate to the plant there is a situation and second, take actions to do no harm to you or others,” Hanzel said. “It took real leadership on his part to realize the fact that he moved from a learner— ‘I’m just the intern’— to an owner of a situation in just a few seconds. I am proud of Ryan, not just from his actions in this situation, but because of who he is every day. He is a guy you would want working on your shift.”

Majors’ other Power Plant instructor Bob Pope said he wasn’t surprised by his student’s quick-thinking reaction to the situation.

“It’s all peaceful until something abnormal happens. The abnormal is always unexpected, sometimes dramatic, and can quickly escalate to a serious emergency,” Pope said. “Ryan has been serious and conscientious in his studies, so I was glad and proud of him to see it all kick in.”

Originally Majors was supposed to be working with another coworker that day, but he was out sick.

“If hadn’t been there, he would have been by himself, and he would have died. God was with us for sure,” he said. “I never thought I would have to do something like that. It’s good our plant manager has professionals come in and train us for things like that.”

Both Hanzel and Pope said continued safety training and drills are vital to power plant operations.

“Drills and exercises are common in my experience. You can’t hit homeruns without practice,” Pope said.

No one wants to work for a company that doesn’t value life or make safety a priority, Hazel said.

“A power plant has many opportunities for accidents to occur. How we plan ahead can hopefully minimize the intensity if they do happen or reduce the opportunity for accidents all together,” he said. “Training teaches you the policies the company has put in place to maintain a safe environment, and drills keep your mind and body attentive to the process that keeps you and others safe.”