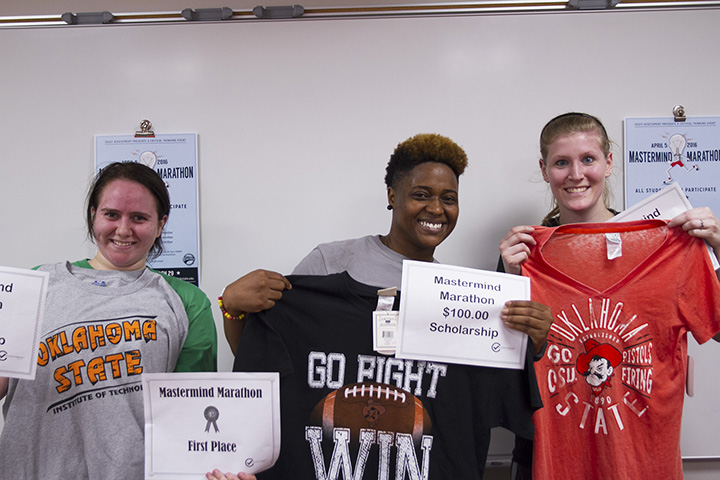 Third time was the charm for the Mastermind Marathon, an annual competition that has students’ brains and feet racing across campus.

This year’s contest had 18 teams, each comprised of three students, sprinting across campus to 10 race stops put on by student clubs or academic programs. It was the largest number of students to ever participate in the competition, which is sponsored by the Assessment Committee.

“I was super excited. It’s the most teams we’ve ever had compete,” said Melissa Dryer, communications instructor and campus assessment coordinator.

Dryer said several factors led to the increase in student involvement this year.

“We offered scholarship money, generously donated by the Gas Processors Association and the Orthotics & Prosthetics Technologies program, as prizes for our top three teams. More schools have gotten involved and gotten behind the race, and we just had more recognition on campus. Faculty and staff really got the word out. Changing the name to Mastermind Marathon probably helped too. It was a combination of things and a total campus effort,” she said. 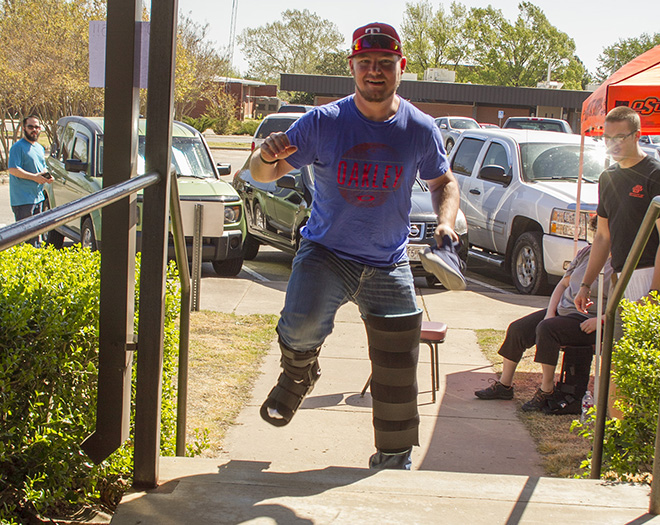 The promise of scholarship money was definitely an incentive for this year’s winning team of Angela Clark, Carole Pyle and Lindsay Roscoe.

The three students, all in the O&P program, said they took the competition seriously wearing running gear and sprinting between race stops.

“We had a whole plan with the map and figuring out what order to go to the stops,” said Pyle, after catching her breath at the finish of race. “I liked the trivia-type stations.”

Dyer said this year’s race was focused on the critical thinking area of history and government and each race stop had to incorporate that theme.

“The stops this year were very creative and interactive with the way they have interpreted history and government,” she said. “We had a wide variety of race stops.”

Race stops ranged from a scavenger hunt through the library, to putting famous works on art in chronological order, to completing an ADA obstacle course.

And that’s ultimately the goal, Dryer said, to get students to have fun while also working together and thinking critically.