Riggs Tractor an Example of Teaching Students Their Options | OSUIT

Riggs Tractor an Example of Teaching Students Their Options

Riggs Tractor an Example of Teaching Students Their Options 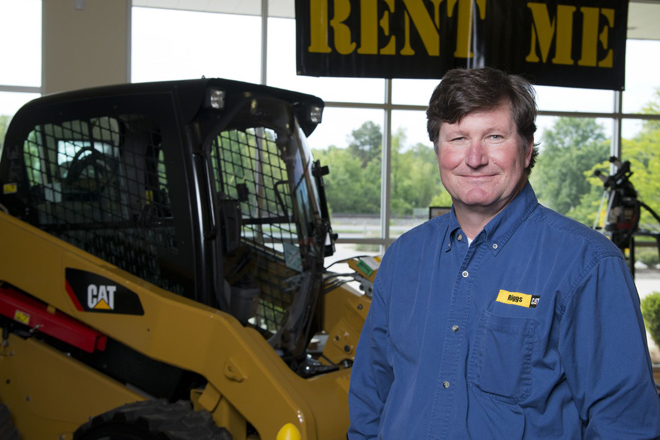 Every employee needs to have computer skills. “You can’t do your job without it,” he said. Those skills range “from using diagnostics to figure out what’s wrong with the machine to ordering parts to retrieving information about machine sales.”

And the company is always short of qualified workers. “You know, we are growing and that’s part of the problem, but it also is that there’s less and less kids who are interested in these types of jobs, whether it’s being a mechanic or other skills like being an electrician or being a plumber or whatever the trades are,” said Riggs, a former state senator who also served on the Little Rock School Board.

“What I see is that we’ve got a big skills gap in getting kids to see that those are good-paying jobs, which they are, and a great way to make a living if you don’t want to go and get a four-year college degree, which may or may not be useful in getting a good job.”

Riggs Tractor has a cooperative program with Oklahoma State University Institute of Technology at Okmulgee to train workers. The students attend school for six weeks and then work at Riggs Tractor for another six weeks. At the end of the program they come out with an associate’s degree. “We try to keep kids in that pipeline all the time,” Riggs said.

The graduates of the Oklahoma State program hired by Riggs start at around $15 an hour, he said. “The sky’s the limit after that,” he said. “I think our top mechanics are probably $30 to $35 an hour. An electrician probably makes even more than that. It’s a highly sought-after trade, and we don’t have that many around. I mean we have to employ them here because some of the products we sell are electrical. It’s really tough finding those kids to go into those trades.”

It’s so tough that manufacturers are changing the way they design heavy equipment, Riggs said, making it more like computer video games “where kids can operate them.”

J.A. Riggs also has its own training center at its Little Rock campus, teaching technical skills but also teaching soft skills like communication and work ethic.

“We have to make sure that kids know what their options are,” Riggs said. For the last 20 years in Arkansas, he said, “we’ve really pushed kids to go to college, whether they need to or not. That’s why Arkansas has a very high college-going rate but a very low college-graduating rate.”

“They don’t know what their other options are and how they can make a good living without going to college,” he said. “We’ve perpetrated this myth that the only way you’re going to get in the middle class is to have a college degree, and that’s not true.”

Riggs calls for school counselors to start talking to students in junior high about options other than a four-year degree. “There are so many skills out there that are good-paying jobs, but you’re not going to be able to go out of high school and get that job. What you’re going to have to do is go get two more years.

“We’ve got to get these young folks and say, ‘Hey, these jobs are available if you want to put in the time.”

Steve Schulte is president of staffing agency FirstStaff of Little Rock and governmental affairs director for Arkansas Society of Human Resource Management. He sees “a demographic time bomb” about to explode because the workers with hands-on machining experience are retiring and young people “aren’t growing up in that same hands-on environment.”

“There’s a huge skills gap there,” he said.

When young people are setting their sights on a career, they often don’t think of the trades, Schulte said, calling on business and education to create greater awareness of job and training opportunities. “The education establishment and the business establishment need to do a better job of working together.”