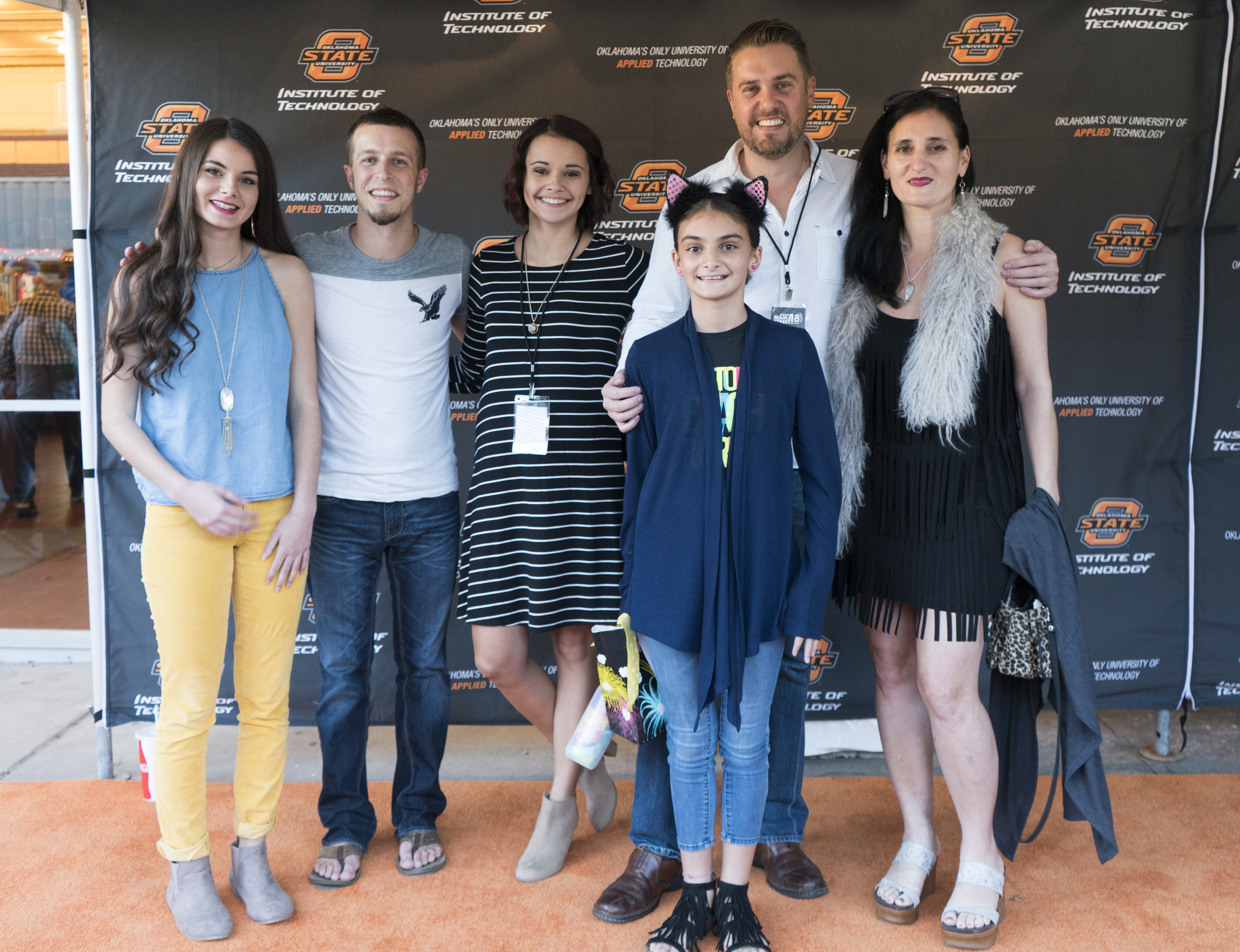 Life and death were big themes for this year’s entries into the Main Street 48 Hour Film Festival. And of course clowns.

This was the second year for the event, which challenges film making teams to shoot, edit and submit a four to six minute film in just 48 hours.

“We had a great turnout this year. We only had seven teams participate, but all seven teams finished within 48 hours, and they all did amazing,” said Tyler Roberds, the film festival chairman. “We had teams ranging from middle school kids all the way up to adult professionals who work in the industry.”

The films were screened Saturday, Oct. 22, at the Orpheum Theatre in downtown Okmulgee. Before the screenings, filmmakers and audience members walked the Orange Carpet and photos were taken by local “paparazzi.” The Orange Carpet event was hosted by OSU Institute of Technology.

An OSUIT team led by a student and instructor took the second place prize for their six-minute ethereal drama “Gateway.”

Photography student Marlie Sawyer and one of her instructors, Nathan Harmon, each had plans to lead their own teams, but when things didn’t work out, the two combined their efforts to make a short film about a young woman existing between life and death after a car crash.

“We both had plans separately, and then came together,” Sawyer said.

Last year, Sawyer and fellow photography student Ricky Cuellar’s film— the thriller “Move On,” beat out five other teams to take the top prize at the first Main Street 48 Hour Film Festival. Sawyer returned again this year, not necessarily to take first place, but because she enjoyed the experience.

“It was fun. I was doing it for fun,” she said, but it was nice to be recognized. “It’s always good to win in general.”

Roberds said he’s already making plans on how to improve the competition for next year.

“We plan on separating the teams by age groups. Unfortunately, we haven’t had enough teams to have divisions, but next year we’re hoping for a larger crowd. You can expect to see student and adult submissions separated next year as well as a few more twists and turns we’ve got planned for 2017,” he said.

Sawyer, who will graduate in December, plans to participate again next year.

“Definitely. But I’ll stick with dramas or thrillers,” she said.

For Roberds, the festival is about so much more than a competition.

“The best part for me over the last few years has been seeing the connections and friendships made during the festival. Being a young aspiring filmmaker in Oklahoma is not exactly easy. It’s not a common pastime to say the least,” he said. “I want this festival to be more of a hub for local filmmakers to make contact and create friendships rather than just being a competition.”