SGA gives back to teachers through angel tree

SGA gives back to teachers through angel tree 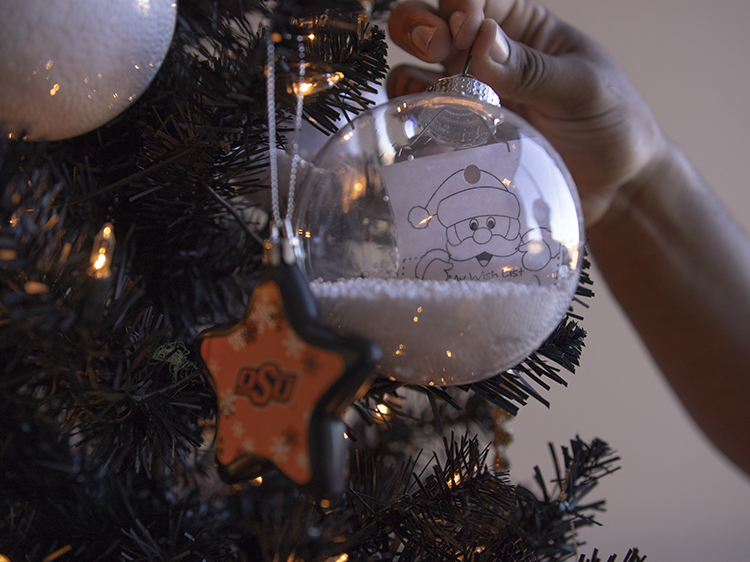 OSU Institute of Technology’s Student Government Association is helping out area children this holiday season but not in the traditional way through donations of toys and clothes.

The SGA created the Teacher Angel Tree with school supply wish lists from about 45 teachers from elementary schools in Okmulgee and Preston.

Keysha McIntosh, Pipeline Integrity student and SGA vice president, said she brought the idea of the Teacher Angel Tree to the members, and they voted to do it.

“It’s kind of different. We do angel trees for kids all the time. If we did one for teachers, it would still benefit kids, but in a different way,” McIntosh said.

“When I went to Okmulgee Primary School, I approached the principal first. She started crying on me,” she said. “When I spoke to the teachers, a couple of them started crying too. They’re very appreciative.”

“They were surprised. They weren’t expecting an angel tree for themselves,” said SGA President Jyson Bryson, an Information Technologies student. “They wrote what they needed with a max of $40, so it won’t break anyone’s pocket.”

Individuals picked up wish list ornaments through Nov. 26, then the remaining ornaments were distributed to student clubs to finish fulfilling the wish lists. The school supplies will be delivered Dec. 4 and 5.

“I think delivering is going to be a blast. We’ll probably have some tears then too,” McIntosh said.

Both Bryson and McIntosh said as they’ve gotten older they realize just how much time and money teachers give to their students and classrooms.

“I don’t think people realize how much teachers pay out of their own pockets for supplies,” she said.

While there are a lot of school supply drives in late summer before school starts, supplies for classrooms are needed year-round, Bryson said.

“They’re running out of supplies; this will help them out a lot,” he said. “I don’t know how they do it. It’s time to give back to them.”

Tags
Student Government
Back to Top
©