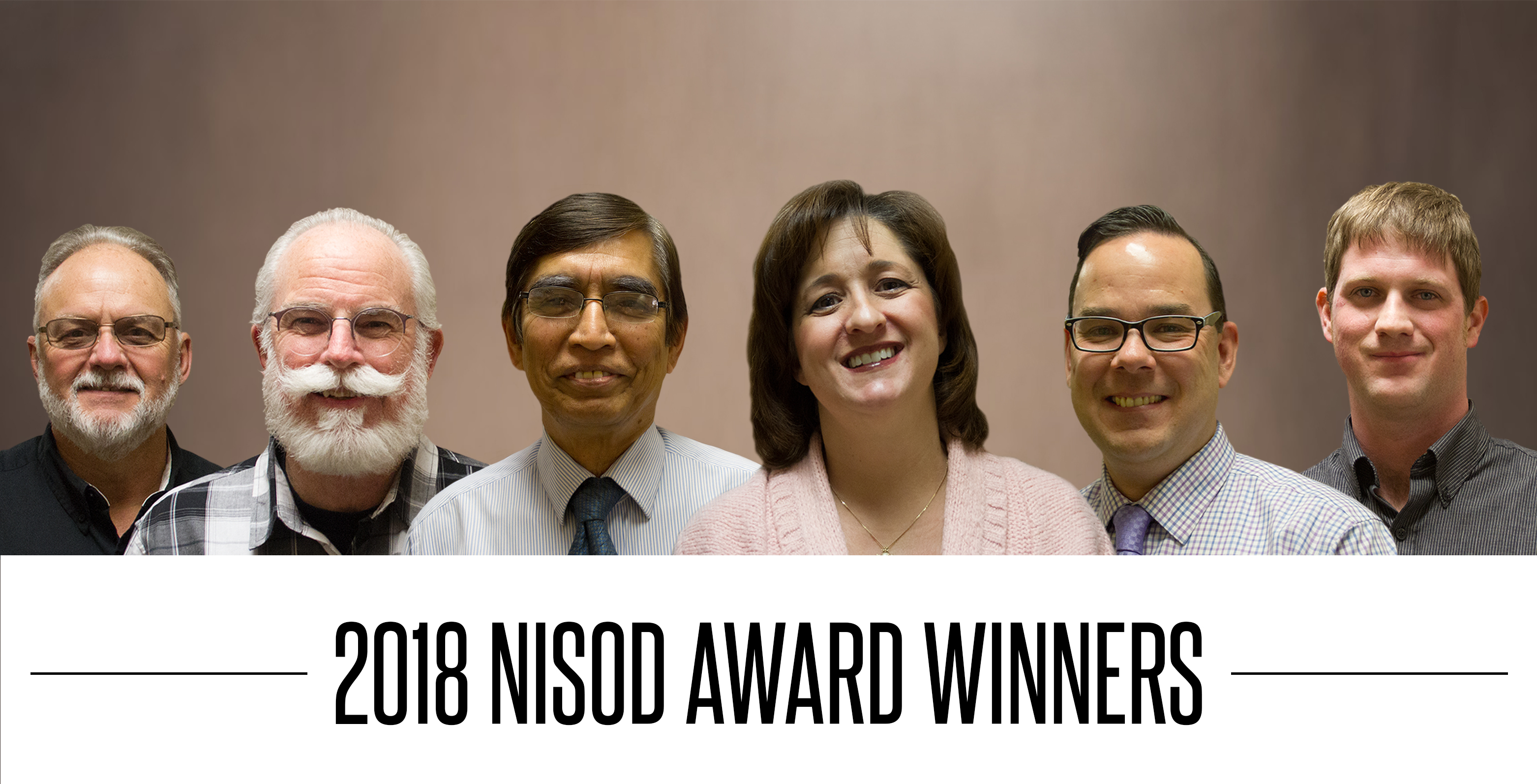 OSU Institute of Technology is recognizing several faculty and staff members as winners of the 2018 National Institute for Staff and Organizational Development Excellence Awards.

Leiterman was also recognized in the Service to OSUIT/Community category for his work developing and launching the Cowboy Chef’s Table luncheon series that raises scholarship funds for culinary students.

Created in 1978, NISOD is a member organization that promotes and celebrates excellence in teaching, learning and leadership at two-year institutions and technical colleges.

NISOD winners will be honored at the Excellence Awards Dinner and Celebration held during the organization’s annual conference in Austin, Texas, in May.

Last fall, the School of Culinary Arts used the crowd-sourcing website PhilanthroPete to raise money for a pop-up-style restaurant in the Tech Room created and managed completely by students.

The students from the contemporary American restaurant class had to come up with a concept and pitch it to “investors,” a.k.a. culinary instructors and administrators.

The students also had to come up with a menu; purchase food and ingredients; determine front of house and kitchen staff; and transform the Tech Room into the Homegrown Scratch Kitchen, a farm-to-table concept pop-up restaurant.

The Homegrown Scratch Kitchen pop-up restaurant was open for one week in December and had a steady flow of customers during its short run.

Leiterman said it was a lot of work for the students, but they did enjoy it.

“I think it was a great experience for the students and the customers,” he said. “They really experienced what it was like to open a restaurant—the blood, sweat and tears involved.”

Power Plant Technology students also gained some true-to-life experience operating a power plant thanks to a new power plant simulation computer program that was implemented in the fall 2017 semester.

“It’s almost like a video game. You can start it up and shut it down just like a real power plant,” Hanzel said.

And it’s in-depth. The simulation, which takes students through a cold start of a power plant, can take three to four hours to complete.

“It comes with a procedure book with close to 200 steps so they learn to follow procedures,” he said. “This captures all their data and checks for efficiencies. They can see what they need to improve on.”

Instructors can even add issues or problems into the simulation to test how students handle those situations.

“It’s a game changer for us,” said Pope who used it in his class of second year students. “It provides the simulation but also something to compare to real-world experience. It’s interesting to see how fast they took to it.”

Hanzel said he and Pope worked with Workforce & Economic Development to get a grant to purchase the software.

“The hardest part was finding one that fit our needs. That’s when Carl really came in— he helped with the selection process. It took a lot of pre-planning before we ever purchased it,” he said.

The Cowboy Chef’s Table series invites accomplished chefs from different areas of the culinary field to present a cooking demonstration and talk about their career while guests are served some of that chef’s signature dishes.

Proceeds from the luncheons go to the Cowboy Chef’s Table Scholarship Fund, and the series has already raised about $7,000 for scholarships.

“I’m really surprised we’ve had the success we’ve had for a first-year event,” he said. “It’s really energized the community and our industry partners. People are enjoying it and telling their friends.”

Leiterman said he wanted to have an event that would benefit students and bring renowned chefs as well as guests from the surrounding area and potential students to the OSUIT campus.

“Chefs in the community wanted to give back; they wanted to help the students,” Leiterman said, and it’s a benefit to the community. “They can eat a really wonderful meal, see a cooking demonstration and hear a talk from an experienced chef at an affordable price.”

This summer, Leiterman will begin identifying chefs for the 2018-19 Cowboy Chef’s Table series with the goal of diversifying the series with chefs from different ethnic backgrounds and culinary styles.

“It’s important to have a variety of guest chefs. They all speak to the same point, but their experiences are different,” he said. “It’s good for students too. They see there are a lot of paths to take.”

It’s no secret that funding for education has taken a hit in Oklahoma, and higher education is no exception, so faculty and staff are being asked to save money wherever they can.

Hasan said he simply looked at ways his faculty, staff and students could help in terms of repairs and work in their areas that typically they would hire staff members from the Physical Plant department or from outside the university to take care of.

“We reworked some of the labor to cost less money with our budget so tight,” he said.

They utilized materials from other sources and students’ skills instead of putting that work on the Physical Plant team, Hasan said.

“We used whatever we could,” he said. “We had to look at problems in a new way.”

And not only did it save money, but it also gave students a challenge they would likely face while working in their industry.

“It teaches them more skills, but also in order to save costs, we have to come up with other solutions,” he said. “If you have a problem, you have to solve it the best you can.”