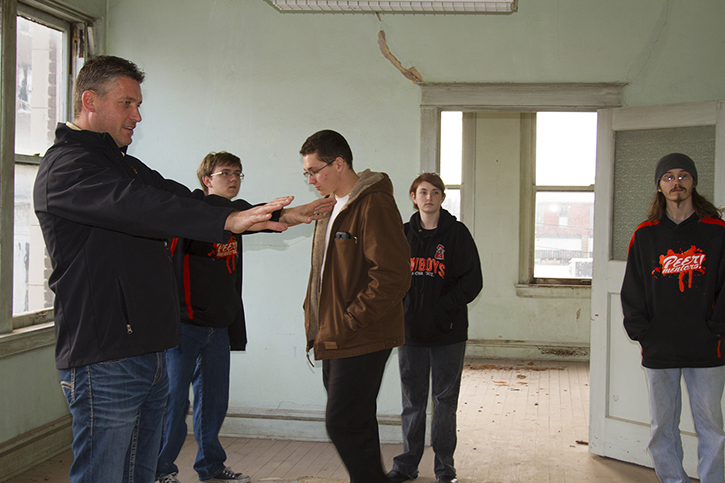 Since the beginning, when the idea of OSU Institute of Technology renovating a property in downtown Okmulgee for student housing was first conceived, students have been part of the conversation.

Before OSUIT purchased two properties in the historic downtown district in February, staff surveyed students in August 2014 to determine their interest in downtown living and what amenities they most desired, said President Bill R. Path.

Once architects are hired for the renovation project, the focus group will reassemble and meet regularly so their input and ideas can be addressed as work and renovations continue to progress in the student housing properties: the Grand Old Post Office at 5th Street and Grand Avenue and the Bell Building at 6th Street and Morton Avenue.

“The overwhelming positive support and input from students has been crucial in our decision to move forward with this project as a university,” Path said.

Harley Turner, an Information Technology student, is a part of that focus group and said he liked the idea of having student housing downtown, and the fact that university officials were seeking input from the very people who would utilize it.

“It’s not just important to have students involved in this process, it’s essential,” Turner said. “You get the opinions of the kind of people who will be living in these spaces.”

For Adrienne Luster, a student veteran who is working toward a Bachelor of Technology from the School of Information Technologies, said she likes the idea of renovating downtown lofts much better than constructing new dorms.

“I was in the Army, and I hated living in the barracks. When I walked into the dorms at OSUIT, it reminded me of that,” Luster said, so she found housing off campus. “I wanted to cook for myself and have my own living space.”

And Luster isn’t alone. Colleges and universities are moving away from traditional dorm-style rooms in student housing to more suite or loft-style spaces.

“Being a smaller campus, we have students with families, and we have student veterans. They will want to live someplace where they can live their life,” she said. “Having different housing options will open the university up to so many more students.”

OSUIT purchasing two properties with plans to renovate into student housing is part of a larger revitalization effort in the downtown district called Okmulgee Rising. Other buildings that have been empty for years are now being renovated into apartments and lofts offering more housing options for residents and OSUIT students.

“OSUIT students are considered a key constituent group in the Okmulgee Rising effort,” Path said. “Much of the success of this project will depend on their willingness to reside in downtown Okmulgee while they are pursuing their college education.”

Getting student buy-in has been vital to the revitalization efforts through different avenues, not just the focus group. 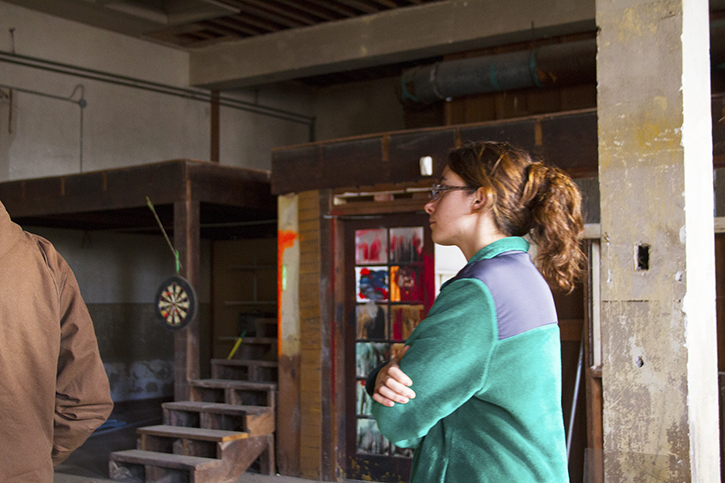 Graphic Design students from the School of Visual Communications participated in a Okmulgee Rising logo contest as part of a class project with Okmulgee Main Street selecting Jennifer Jackson’s design as the winning logo.

“It’s neat to know this entire campaign is moving forward with my logo. That something we’re doing in school is incorporated into the real world,” Jackson said.

Students in the 3D Modeling and Animation program also had the chance to contribute to the Okmulgee Rising efforts by creating 3D fly-throughs of two downtown properties that have been recently been renovated as apartments.

Mary Miller, Visual Communications instructor, said getting students involved in different aspects of the student housing renovations and the Okmulgee Rising effort means students are more invested in their school and the community.

“These projects are a fabulous challenge for the students and a great way for OSUIT to give back to our community,” Miller said. “We are a part of the community and want to continue to be a vital partner to strengthen and enrich the relationship between OSUIT and Okmulgee.”

Overall, Luster said it’s important to get as many perspectives and different types of students involved as possible.