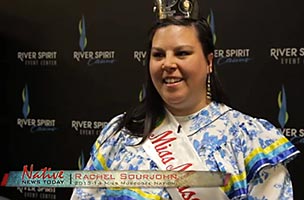 Rachael Sourjohn’s family wasn’t raised traditionally or with a strong understanding of their American Indian heritage. That’s why being crowned as 2013 Miss Muscogee (Creek) Nation was such a thrilling part of reconnecting with her culture.

Sourjohn – a student at the College of the Muscogee Nation as well as OSU Institute of Technology – made a commitment to embrace her ancestral roots and set off on a journey to understand her place within her tribe. She was even inspired to learn her native tongue as she sought to find a greater purpose in life through helping others in her community.

As Miss Muscogee (Creek) Nation, Sourjohn will serve as a goodwill ambassador during her yearlong reign at various public appearances and speaking engagements as well as educational, social, and cultural events. Her platform is reducing American Indian and Alaska Native high school dropout rates through cultural awareness and pride 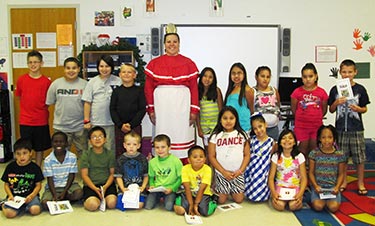 “After I was introduced to the Mvskoke language and culture, everything seemed to have so much more meaning and I finally felt like I knew what I was meant to do with my life,” explained Sourjohn. “So to be able to share that experience and feeling with others, is a huge honor.”

Earlier this year, Sourjohn was a participant in the Native American Political Leadership Program in Washington, D.C., serving as an intern for Senate Majority Leader Harry Reid under Wendy Helgemo, Counsel to the Majority for the Senate Committee on Indian Affairs.

She has been active in several OSUIT student organizations including serving terms as president and public relations coordinator for its Native American Student Association and as a member of Phi Theta Kappa. 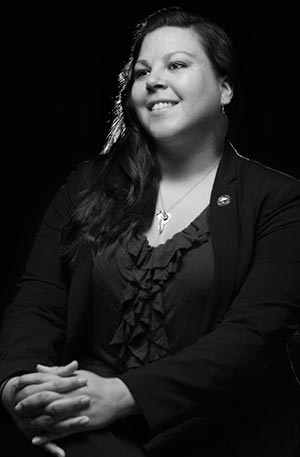 Sourjohn has been the recipient of several scholarships including the National Education for Women Leadership scholarship, American Indian College Fund Full Circle scholarship and an OSUIT President’s Scholarship.