Student Respondent Gets Diploma and Proposal at Graduation

Student Respondent Gets Diploma and Proposal at Graduation 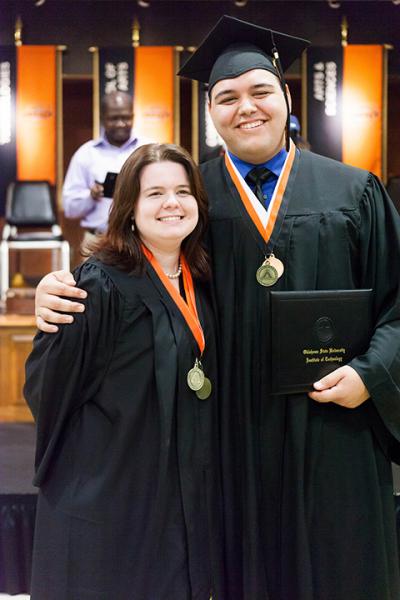 After speaking as the student respondent at her own graduation Friday, Megan Palmer thought the most exciting part of her day was over.

That was until fellow graduate Oliver Garcia got down on one knee after the ceremony and asked her to marry him.

First there was a look of shock, then the tears came, and finally she nodded her head yes.

“I had no idea he was going to propose. Everyone knew but me,” said Palmer, who was surrounded by family and friends. “As soon as he got down on one knee I thought ‘I was nervous about a speech, but he had to propose. He must have been ten times as nervous.”

“Unbelievably nervous,” said Garcia. “I was all shaky. I hoped she would say yes.”

Those who know the couple had little doubt what Palmer’s answer would be.

“I wanted to propose last month, but she said she wanted to wait until after we graduated,” he said. “We’re so inseparable, there wasn’t a day that we weren’t together that I could plan it.”

That is until graduation day, when Palmer would be busy getting ready for her commencement speech.

It’s fitting that the proposal would happen on Garcia and Palmer’s last day at OSUIT.

“We met on the first day of class,” said Palmer, who is from Muskogee. “That made it a little sweeter, having it happen here on campus.” 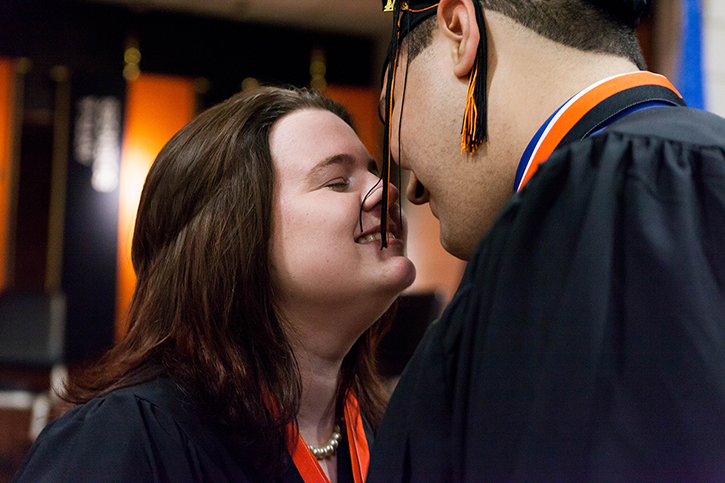 Both graduated Friday from OSUIT’s School of Culinary Arts.

“I wasn’t looking for a relationship. I wanted to focus on school and my career,” she said. “He’s been very persistent.”

The couple will live and work in Oklahoma City, and begin planning their wedding.

Palmer said in the future they may even open a restaurant together.

“We really complement each other. I’m more front-of-the-house and he’s more back-of-the-house. Maybe some day we’ll open a diner or something,” she said, but for now, they’ll stick to working at home together. “We take turns in the kitchen at home.”